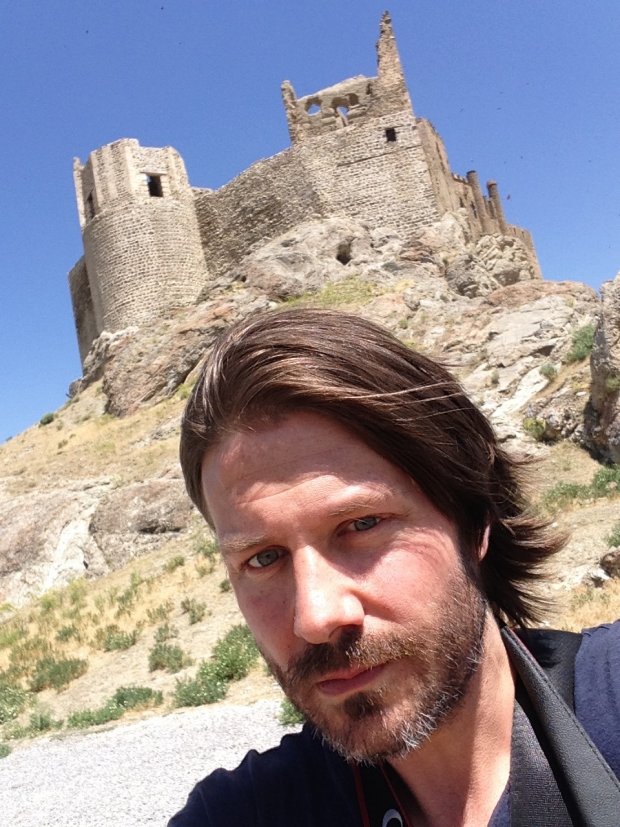 It is with tremendous sadness that we share the news with our readers that Brian McKee, the fine art photographer completely extraordinary who has worked his magic in the pages for Cornucopia, died on April 19, after collapsing outside his apartment in Üsküdar.

Our heartfelt sympathy goes to Ai Kijima, his 'angel' and a marvellous textile artist, with whom he shared his life and found such inspiration in the world around us. And we share our deepest sympathy with his family. It was heartbreaking news. A fund has been set up here with a message from his family.

Brian McKee's work gave Cornucopia a whole new dimension in recent years – the Bosphorus, the ancient hans of Galata, the Princes Islands, and later Van, Kars and Ani, all found completely new expression through his eye. The fourth article in the series will be published in the autumn. Brian had a marvellously subtle sense of colour, composition, balance, but in a strange subliminal way,  drama was writ large in every inch of masonry, every grain of dust or every particle of cloud.

Brian was not from the mould of women-come-and-go-talking-of-Michaelangelo fine artists. Architecture was the subject of McKee's work. But for him, buildings spoke of humanity and resiliance and spirit, and he found them most expressive in places where things had been, well, tough. Afghanistan and India were subjects of books.

Brian was also a writer, and he had recently completed a film script at the time of his death. He beautifully summarises his feelings towards his art on his website. 'Although my work is spread across vast time periods, geographic locations and cultures, there is one theme that I always attempt to work with. It varies from project to project in its complexities but to put it simply I quote the author Chinua Achebe when he says "Things Fall Apart". It is a simple way to put it, but in the end my main body of work examines how we see this over and over again in all cultures and all time periods. Even when a culture abandons a place, it leaves behind its remains and through these remains we see a common thread, that there is always a decline and that socially and politically we create and we destroy, we rise and we fall. In the end nothing is permanent.'

For us it was McKee's images of tiled shrines of Samarkand and Bukhara that came as an initial revelation, exhibited by his gallery in Vienna, Hillier, at Contemporary Istanbul in 2014. We started corresponding and before we knew it, he was living in Istanbul. He and his girlfriend Ai Kijima, came for a year and stayed for four. Our first project was an essay losely inspired by Tanpınar's Five Cities. But more and more ideas came up.

'Not only was Brian a gigantic talent, he was amazingly kind and generous person, a tower of positive energy and humour, and brave, unbelievably brave. McKee never intended to be a photojournalist, and Cornucopia was, I think, the only magazine he published in.' I don't think there could be a greater flattery.

Brian had underlying health problems, stemming from a heart condition, but he never spoke of such things, certainly not at a cheerful lunch at Kruvasant in Nişantaşi, just a month before his death. Instead we spoke of brilliant ideas for the future. And it breaks our hearts to think of them left undone. The only consolation is his legacy. McKee, like his beloved Ai Kijima, was tirelessly creative and he has left behind him an extraordinary archive of work.

Brian McKee is remembered by his Viennese curator in White Hot Magazine.