The British academic who argued the case of the Turkish Cypriots 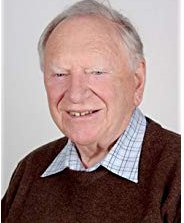 Clement Dodd, the veteran British political scientist who wrote about Turkey and Cyprus for over half a century, was fond of saying that he had taken up the study of politics after an initial career as a civil servant because he had noticed that in the Middle East politics killed many more people than disease did. He decided to try and find out why.

The outcome was a distinguished academic career which took ‘Clem’, as he was known to friends and colleagues, from the universities of Leeds, Durham, and Manchester on to Hull as Professor, and then as a Professorial Fellow on Turkish politics in the School of Oriental and African Studies in London. Along the way he produced a series of books on Turkish politics, beginning with Politics and Government in Turkey, which looked at the workings of the country in the aftermath of the 1960 military revolution.

He was best known, however, for the work he did towards the end of his career when he took up the Cyprus problem and argued indefatigably but courteously the case for extending much more recognition to the Turkish Cypriots and their state than Britain, the US, and the EU were inclined to do. These views were politely received at UK Cypriot gatherings but caused some private exasperation among British officialdom. Had Dodd been listened to more sympathetically, the Cyprus dispute might never have become as intractable as it did, driving Turkey steadily further from its original course of integration into Europe and into confrontation with the West.

Born in Chester in northwest England in 1926, Dodd was brought up there but his formative years were those of the Second World War and its aftermath, during which he spent a year studying Turkish and Arabic at the age of 17 in London, followed, after national service in the army, by work on history and politics. During his army service, he met his wife, Nesta Jones, in Anglesey in 1945.

His first academic post after moving into the university world was at the Middle East Technical University in Ankara, where he followed the events which led up to the 1960 coup. He had supported the opposition on the eve of it and got into some difficulty as a result. In later decades Dodd recalled that the revolution came to his aid when it happened, but he was ever afterwards reluctant to be drawn directly into Turkey’s political life.

Later he was a visiting professor at both the Middle East Technical University and Bilkent, and, together with Nesta, a stalwart of the London Turkish studies scene, helping organise and speak at conferences and seminars,

He also made a substantial contribution to scholarship on Turkey as publisher, founding and running single-handedly an imprint known as the Eothen Press, which books by authors ranging from Roderick Davison to Vamik Volkan and Norman Itzkowitz to David Shankland which might otherwise not have been available. Each work was well above the general standards of today’s torrent of instantly forgettable jargon-ridden pol.sci books on Turkey, and though they were the productions of a very small imprint, each was strikingly well designed and made.

Clem continued to write occasionally, usually on Northern Cyprus, well past the age of 90, but in 2017 Nesta predeceased him. He died on 18 August, but is survived by three children and eight grandchildren.

Turkish studies are a marginal field in the UK, despite Turkey’s size and economic and strategic importance, with very few professors and students pursuing them. They would have received even less attention but for Clem and his quiet persistence in promoting them.