The second edition of SALT Galata’s ongoing series of exhibitions, The Sequential, sees the institution play host to the conceptual artist Deniz Gül. In Scratch and Surface, Gül’s playful approach to her work speculates on the multifaceted nature of words and translation studies, and emerges from her wider interest in language as a form of art. Gül's show can best be characterised as a series of interventions – that is, works that subversively interact with the institution itself, by their very presence changing the meaning of the spaces that accommodate them.

Gül’s work was most recently exhibited at the Yapı Kredi Kultur Merkezi, where her show Meydan explored notions of public space. Here at SALT, an institution known for its cultural research centre, the slippery forms of language provide her with her subject matter. Gül thinks of language as a fiction that is constantly reconstructed, or as a geography, the boundaries of which are constantly in a state of renegotiation. ‘How is language practised?’ the artist asks. ‘How to monitor the involvement and effects of words in periods of economic, ecological and social crisis? 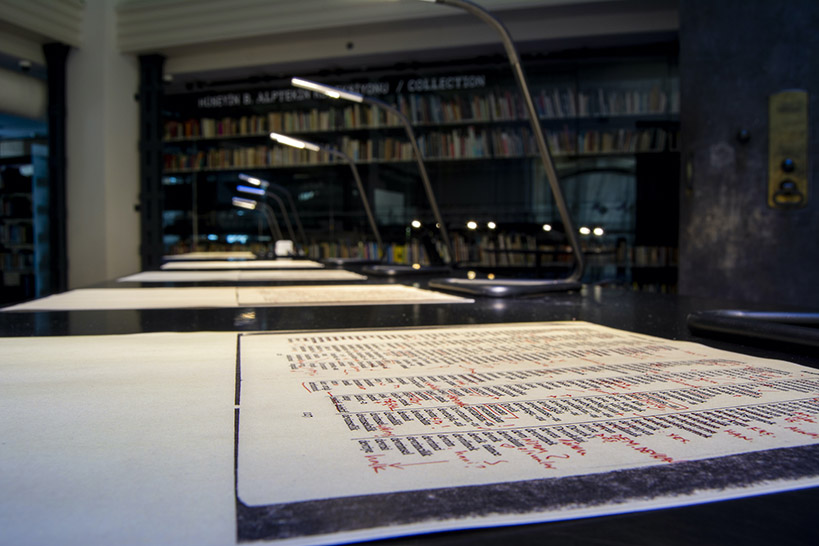 The exhibition consists of four different interventions, in various parts of the building. In Klavuz (Plunger) (2016–21), above, Gül lays out sheets of a scanned Turkish spelling guide annotated by the artist, at the heart of the SALT Research library. On the first floor, Tavlamalar (Temperings) (2021) is a sound recording of phrases created by words that evoke or temper each other, presented in the form of a sound recording and resembling a poem. Close by, Kartpostal (Postcard ) (2017-2020), below, is a video work composed of short films taken by the artist in various countries, presenting, like postcards reimagined for the digital era, scenes of the mundane and everyday. 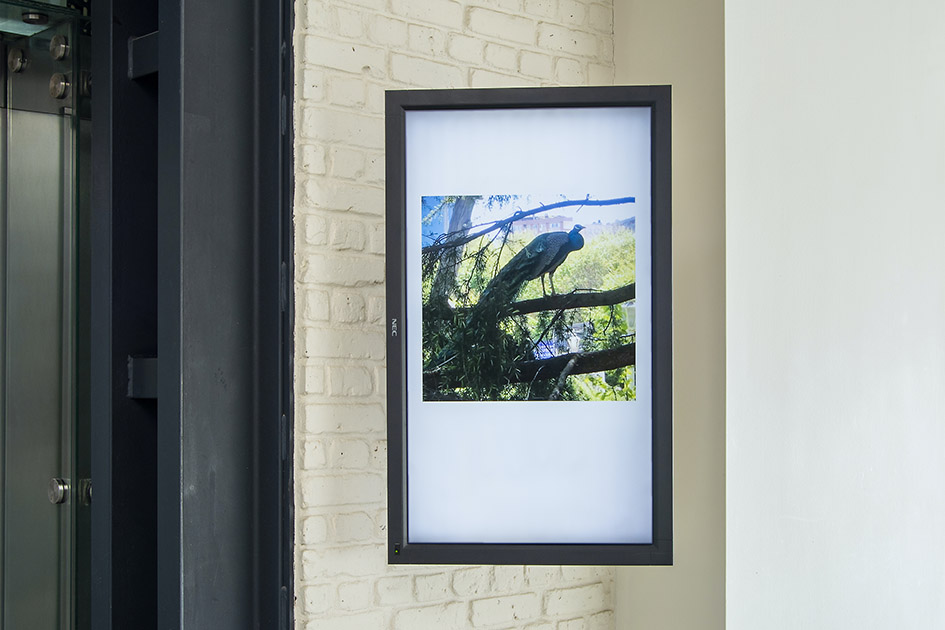 Finally, in the basement space is Gül’s most dramatic work: Daire Düz (Flat) (2021) (main picture, top). Here a construction worker gradually fills the vast room with a series of cinder blocks according to a plan made of the space by the artist. The cinder blocks, a single block in height, will, over the course of the exhibition, gradually divide the underground room into a series of apartment-like spaces. Here the construction of language feels like a metaphor come to life, the work’s name a play on its translation: both daire and düz mean flat, the former in the sense of an apartment, the latter in the sense of a level surface.

Finally, the anthology project Çeviri (Translation) presented on a screen by the bookshop, looks at ongoing debates in language, seeking to make them more widely accessible in Turkish, drawing on conversations from the Oakland Book Festival and elsewhere. Throughout, the project plays with the role of SALT as a research centre, but likewise its focus on construction echoes the institution’s situation at the heart of Istanbul’s transforming urban landscape, and the chaotic development and redevelopment of the neighbourhoods of Beyoğlu.

Gül’s approach to language is by turns playful and knowingly abstruse. Just as her work in Meydan offered a way of rethinking the nature of public spaces in our conflicted present, so here the possibilities and limitations of communication are evident at every turn. In Gül’s work, wordplay makes her gestures bristle with possible meaning. Her recent book of essays, There is Life In Between Us (+ Transparency), likewise seeks to examine the ‘gaze’ of philosophy and the concept of transparency. There as here, and time and again in her work, we see a preoccupation with surface. In Scratch and Surface the artist’s preoccupation with language and writing, literal scratches on a surface, finds its way into the construction, quite literally, of our world.