BCUC and Knower at the Istanbul Jazz Festival 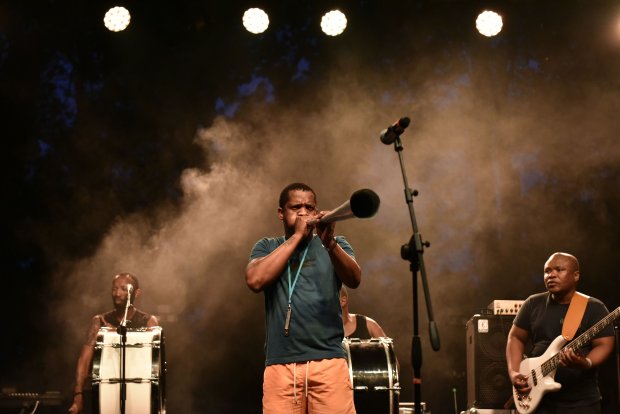 The Istanbul Jazz Festival always flies a little fast and loose with their definition of ‘jazz’. There are plenty of concerts every year for the traditional-minded jazz aficionado, but tucked into the line-up are always acts that stretch and flex their musicality beyond the borders of typical jazz, and often those bands perform during the festival at Beykoz Kundura.

The former shoe factory sits on the Anatolian shore way up the Bosphorus, and therefore isn’t the most accessible venue throughout the year. For the Jazz Festival, though, IKSV provides ferry service from Kadıköy and Beşiktaş, and so the journey is a pleasant prelude to a night of music.

I’ve gone to Jazz Festival concerts here for the last three years. In 2016 Ibeyi and Kamasi Washington ended up being our last gasp of pleasure before the next night’s coup; in 2017, four very different bands rotated between two different stages and we all spun around back and forth all night. This year, the two performances were quite different from each other, with the opening band BCUC performing exuberant South African polyrhythms and the second, LA-based Knower, performing a more straightforward electro set. 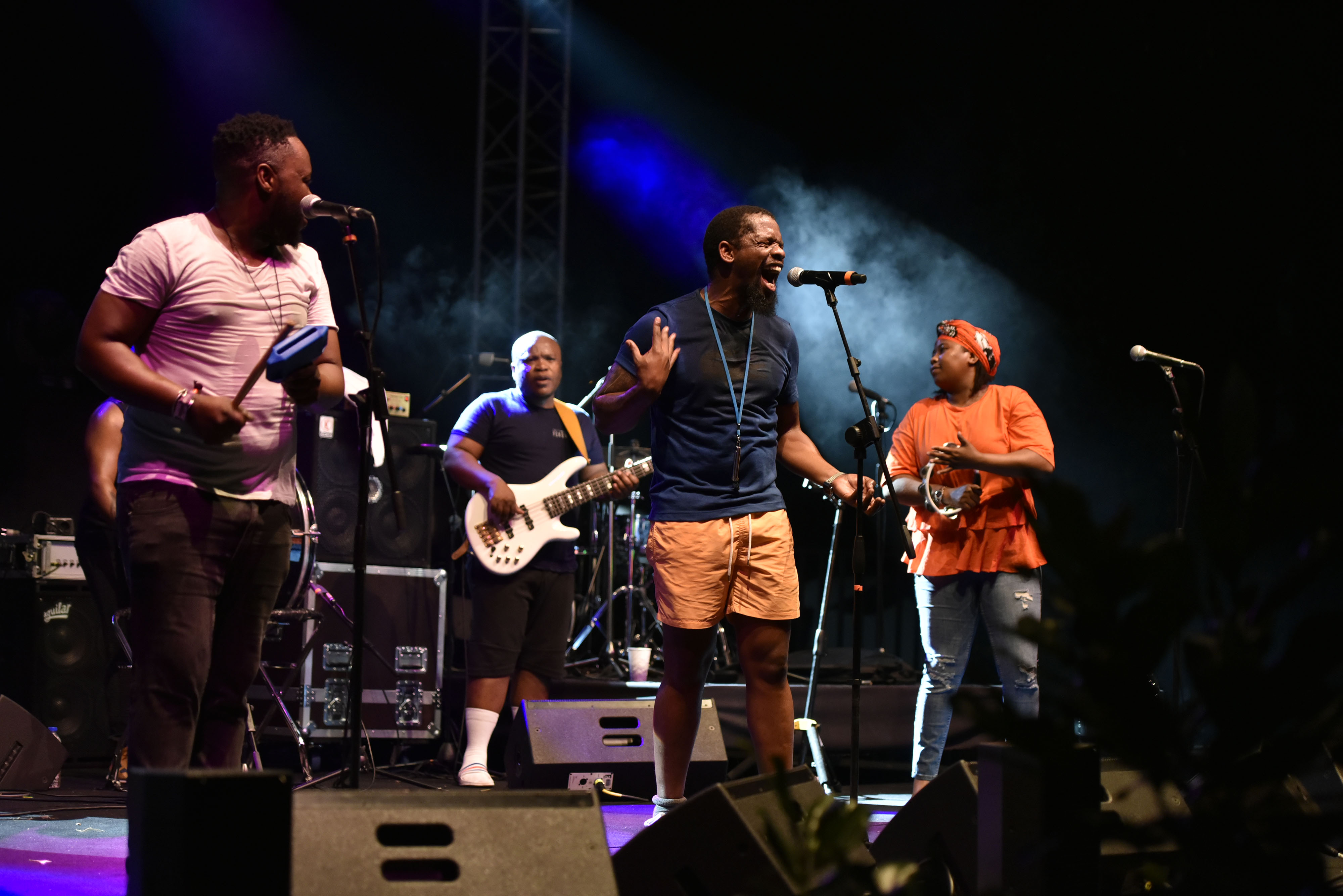 As night fell and the multicoloured lights glittered into luminescence at Beykoz Kundura, the sticky heat of the day barely dissipated, and any hint of cooling was offset by the sweat and buzz generated by a hundred dancing bodies, grooving in the grass and swilling Tuborg out of plastic cups.

BCUC began with a bang, with big beats pounding in the multicoloured smoke. The whole ensemble writhed with the music and the lead male singer shrieked and yelped and scratched his throat in jubilant exultations. The lead female singer, clad in fire-engine red, offered an aural and visual counterpoint to the propulsive percussion of the band. Even under the open sky, BCUC’s energy made the old show factory’s lawn feel like a sweaty nightclub, with all of its intimacy and thrill and groove. For one of its final songs, the band’s shout-sang the words ‘DON’T STOP THE MUSIC!’ and the audience roared back in emphatic approval: if only it could have never ended. 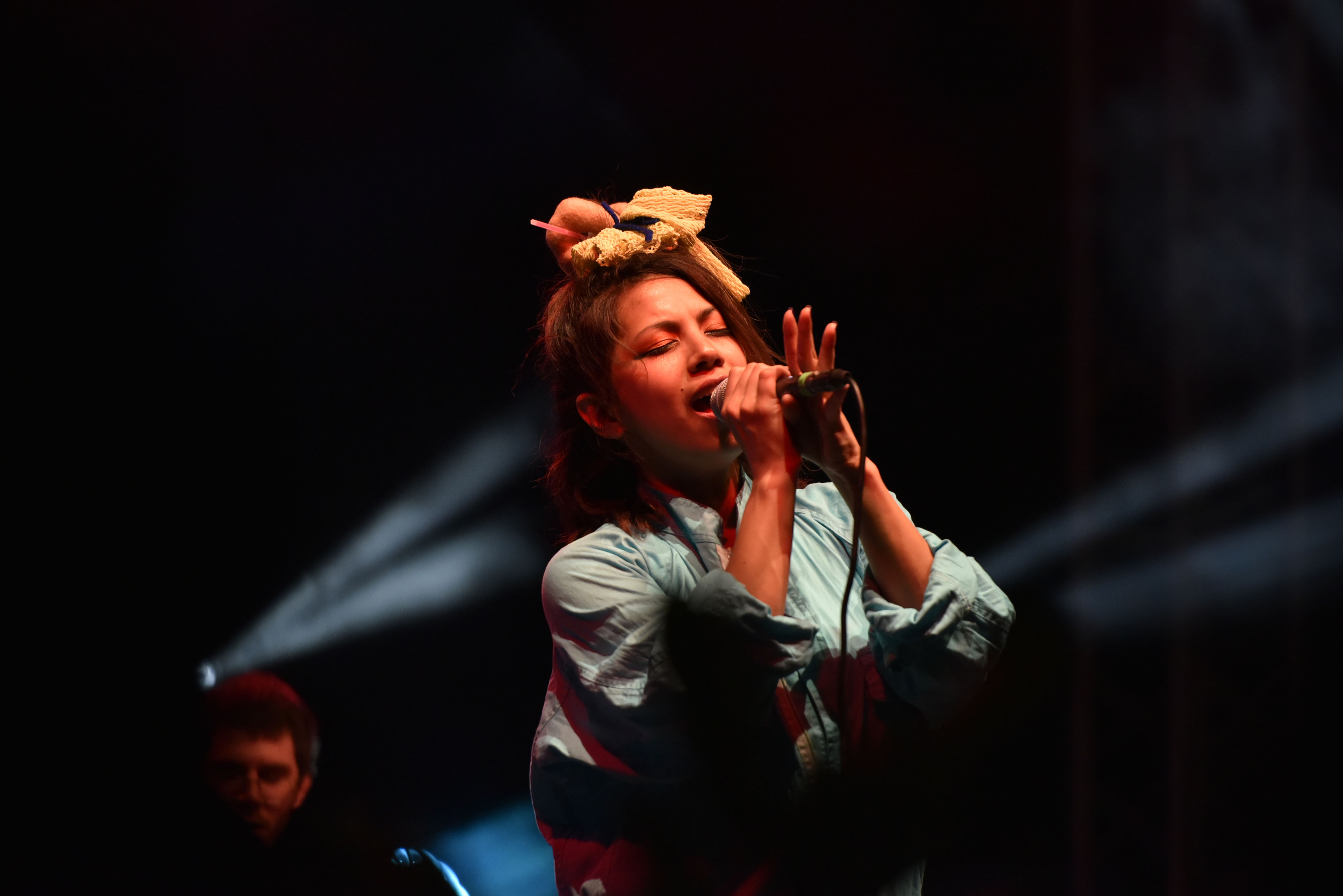 The show switched gears with Knower, playing their cool electrobeat with slithering drums and sparkly female vocals. Genevieve Artadi, the lead singer of Knower, rocked a loose-fitting blue jumpsuit that made her look like a cross between an escaped convict and a very fashion-forward janitor. With her hair tied up off her face by yellow and pink fabric, she bounced gleefully along with the pulsating beat of the music. Next to her offbeat cool, the rest of the band were more visibly music nerds, using their glam front lady to rock and groove like tomorrow could be postponed. Knower reminded me of the band Yacht, but without Yacht’s command of melody. And yet oh! What a groove! Shivers rippled through the crowd as the keyboardist took a solo, followed by the drummer. At some point, a band member began to juggle. It was strange, but all of a piece with a concert that kept pushing and pushing at the edges of what makes sense at a jazz festival.

It doesn’t matter, really, whether the performers are playing Coltrane or South African funk or LA electro. IKSV’s inclination towards creative programming works like a dream at Beykoz Kundura, where we can shake off the stress of the week and enjoy the dynamic musicality of bands like BCUC and Knower. In the end, all that matters is that we’re all here, all dancing, all sweating together under the hot July stars.

All photos provided by IKSV.