From constructivism to cosmism and an otherworldly intuition for colour: the SSM’s effusive tribute to the Russian Avant Garde 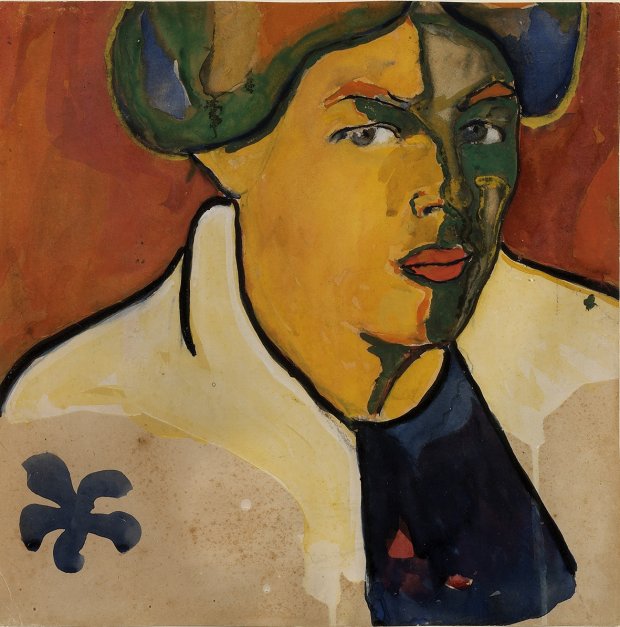 It’s been 73 years since George Costakis saw Olga Rozanova’s Green Stripe in a Moscow studio and started the collection that, to paraphrase the art historian Margit Rowell, required the history of 20th-century art to be rewritten. Rewritten not just because of the sheer volume and quality of works by a single generation of radically experimental and gifted Russian artists, but also because of works like Kazimir Malevich’s Black Square, which presented evidence that this generation had in ways been far ahead of Western European modernism’s developmental curve, burning through the potentialities of art at an unprecedented pace until history, death and Stalin intervened.

Malevich’s Black Square is not presented as part of The Russian Avant-Garde: Dreaming the Future through Art and Design, currently running at Istanbul’s Sakıp Sabancı Museum (until April 7, 2019), but his Black Quadrilateral is. The Costakis Collection, divided evenly between the State Tretyakov Gallery in Moscow and the State Museum of Contemporary Art in Thessaloniki, Greece, is so large (estimated at over 2500 works) that despite dozens of exhibitions since its first debut outside Russia, in Düsseldorf in 1977, it continues to present fresh incarnations to new audiences. Aside from being the first major presentation of the Russian avant-garde in Turkey, this exhibition adds something new to the movement’s international lineage by combining pieces from the Costakis collection with a rich selection of post-revolutionary painted porcelain and costumes from Moscow’s All-Russian Decorative Art Museum.

If there is a criticism to be made of the curation, it is not in the artworks, but in the accompanying text. The exhibition begins with a corridor of it, covering the key political and cultural events in Russia from the end of the 19th century to the mid-1930s. Comprised of several thousand words of chronological fact, I personally left this corridor more dispirited than enlightened. The lengthy panels in each room, which summarise a series of periods, movements and schools – ‘pre-avant-garde’, ‘cubo-futurism’, ‘suprematism and non-objective art’, ‘The School of Organic Culture’, ‘analytic art’, ‘constructivism’, etc – are somewhat better, but feel similarly burdened by the need to be comprehensive. The admittedly huge task of contextualising 513 works as diverse as this might have been better served by a few forays into human detail, narrative or subjective opinion. 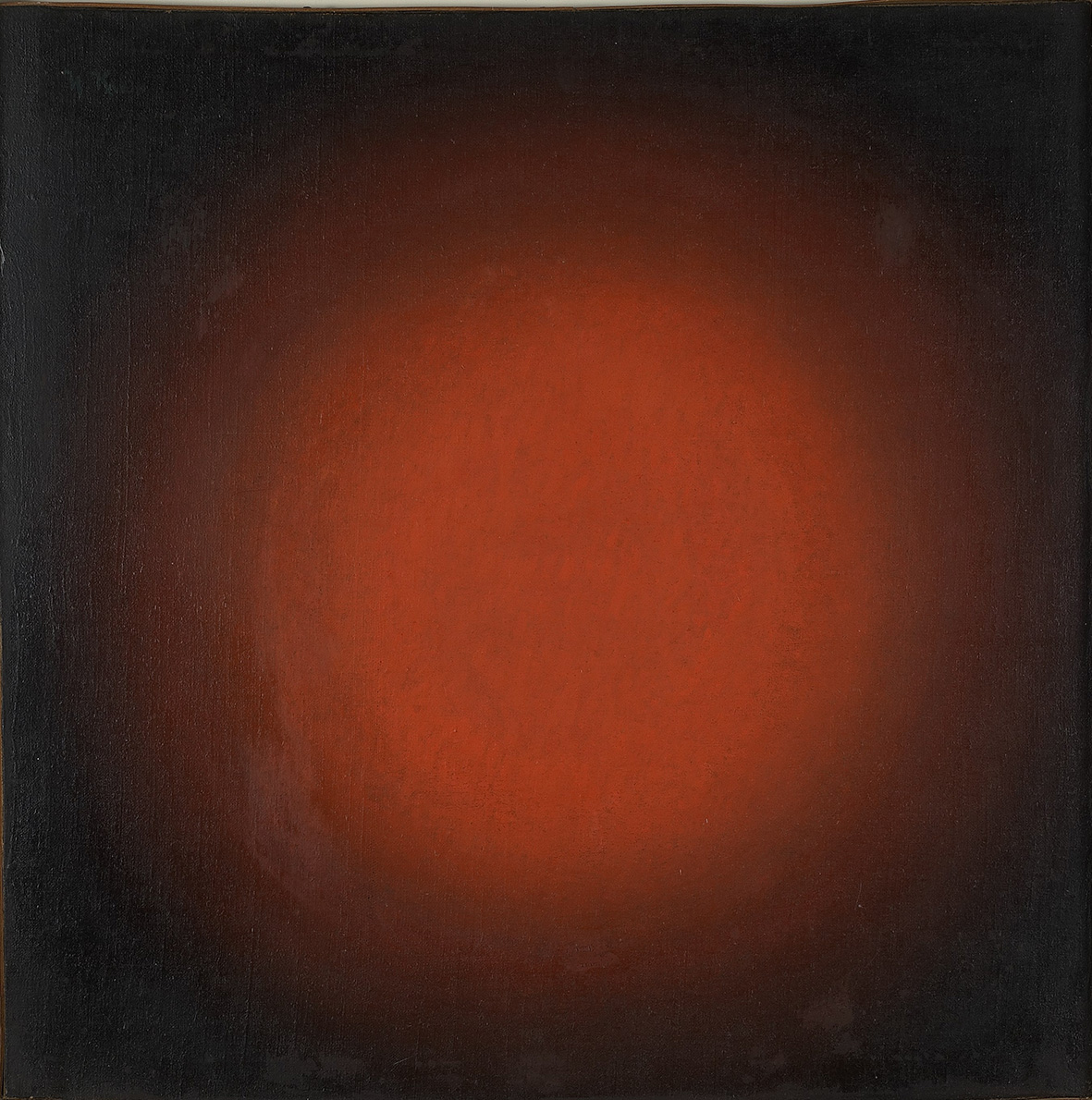 Ivan Kliun, Red Light, Spherical Construction (1923)
Lyubov Popova, Travelling Woman (1915)
Popova is perhaps the best-represented woman in the show, with the full range of her talents on display, from an early expressionistic self-portrait to the cubo-futurist Travelling Woman, multiple constructivist works, as well as designs for costumes and book covers.
Olga Rozanova, Decorative Composition (1915)
Much less well represented is Olga Rozanova, whose otherworldly intuition for colour is nonetheless apparent in works like Decorative Composition and an untitled collage from 1916. (If you remember, it was Green Stripe, a 1917 painting by Rozanova, that started the Costakis collection. Speaking of the purchase in a later interview, Costakis remarked, ‘I brought it home to my flat, with the silver, the carpets and so forth, and I realised that I had lived until then with closed windows’).* 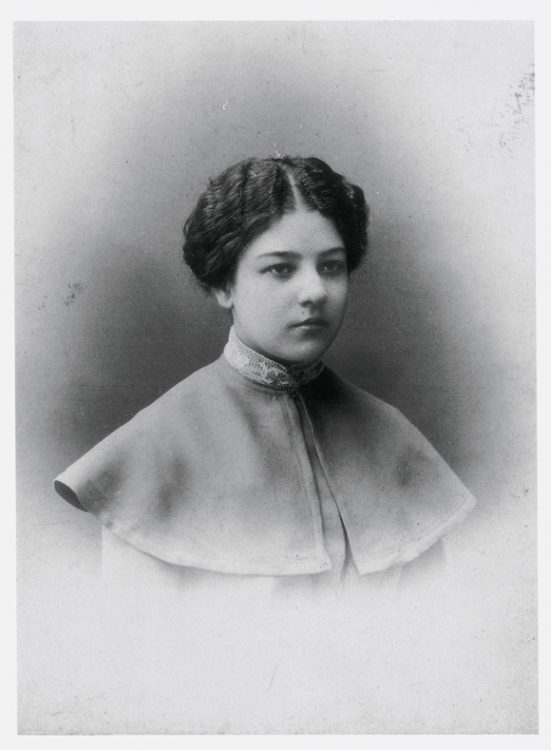 Both these artists died young – Rozanova (above) was just 32 when she died suddenly of diptheria in November 1918 while preparing for the anniversary celebrations of the Revolution, and Popova was 35 when she lost both her son and her own life to scarlet fever in the space of five days in April 1924. These are the sort of details – like Popova and Udaltsova studying cubism and meeting Gertrude Stein in Paris in 1912, or Natalia Goncharova’s long unmarried cohabitation with Mikhail Larionov – that this show studiously omits, but that would make the group ripe for the sort of pop-intellectual group biography treatment recently seen in Stuart Jeffries’ Grand Hotel Abyss: The Lives of the Frankfurt School and Sarah Bakewell’s At the Existentialist Café. In the meantime, seeing the work is more than enough.
The Russian Avant-Garde: Dreaming the Future through Art and Design is at the Sakıp Sabancı Museum, Emirgan, Istanbul, until April 7
Illustrations courtesy of the State Museum of Contemporary Art – Costakis