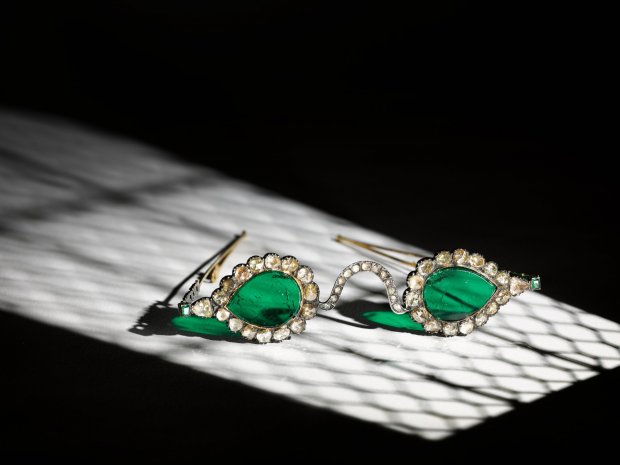 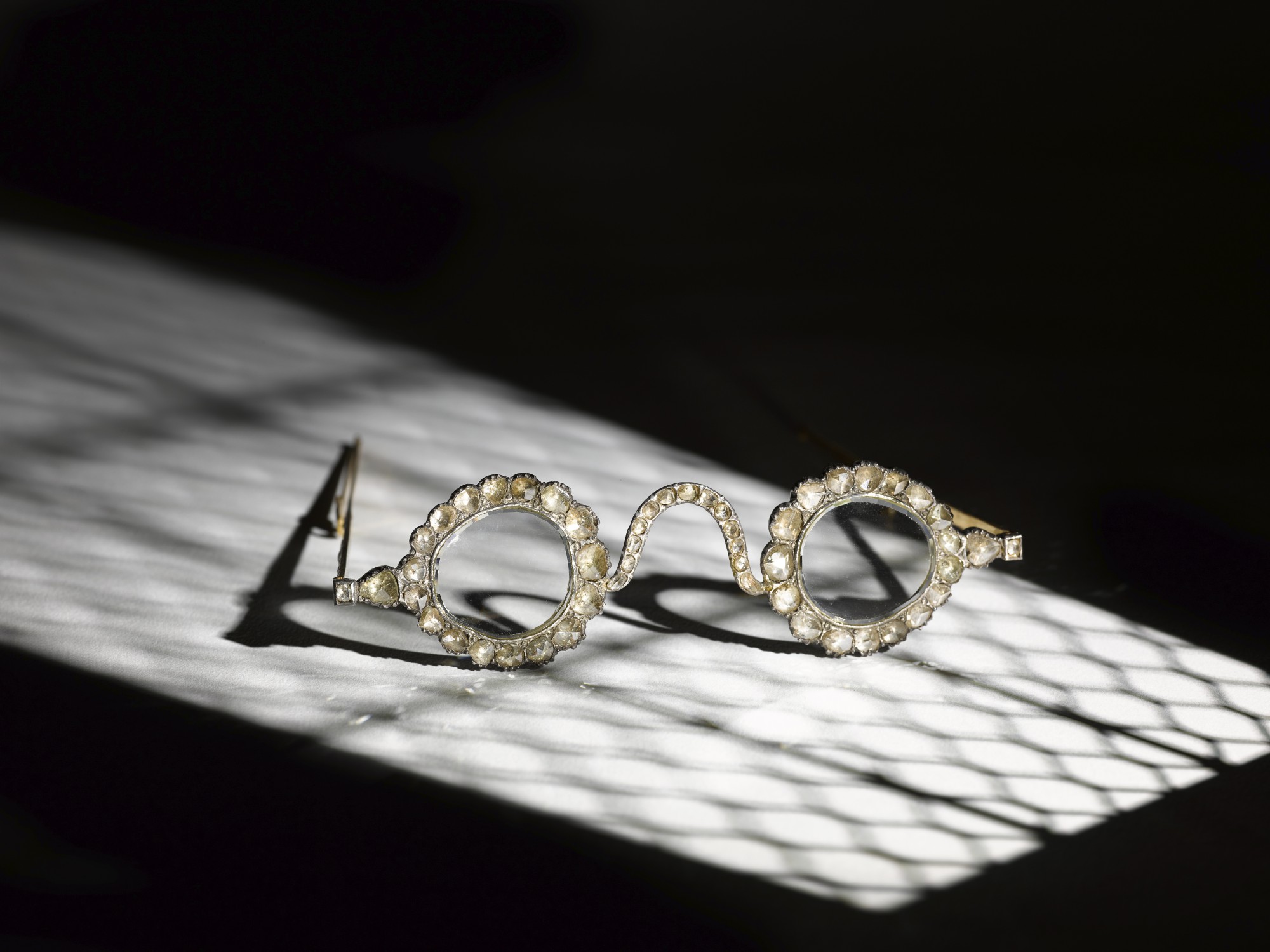 This week is Islamic Sales Week in London, with wonderful curiosities being auctioned at Sotheby’s, Bonhams and Christie’s. Lots 213 and 214 in the Sotheby’s Arts of the Islamic World & India on October 27 were created for a truly enchanted world. It was an age when two Turkish-speaking dynasties, the Ottomans and the Mughals, were the superpowers of the age.

These two pairs of Mughal spectacles are fitted respectively with diamond and emerald lenses, cut from unimaginably large precious stones in the 17th century, and fitted into diamond-encrusted, probably 19th-century frames. They each have a low estimate of £1,500,000.

Lot 168 in the same sale (est £150,000–200,000) is the late 16th-/early 17th-century portrait of Haseki Hürem Sultan, aka Roxelana, wife of Süleyman the Magnificent, whose ‘mistaken’ identity is unravelled by Julian Raby in the latest Cornucopia. 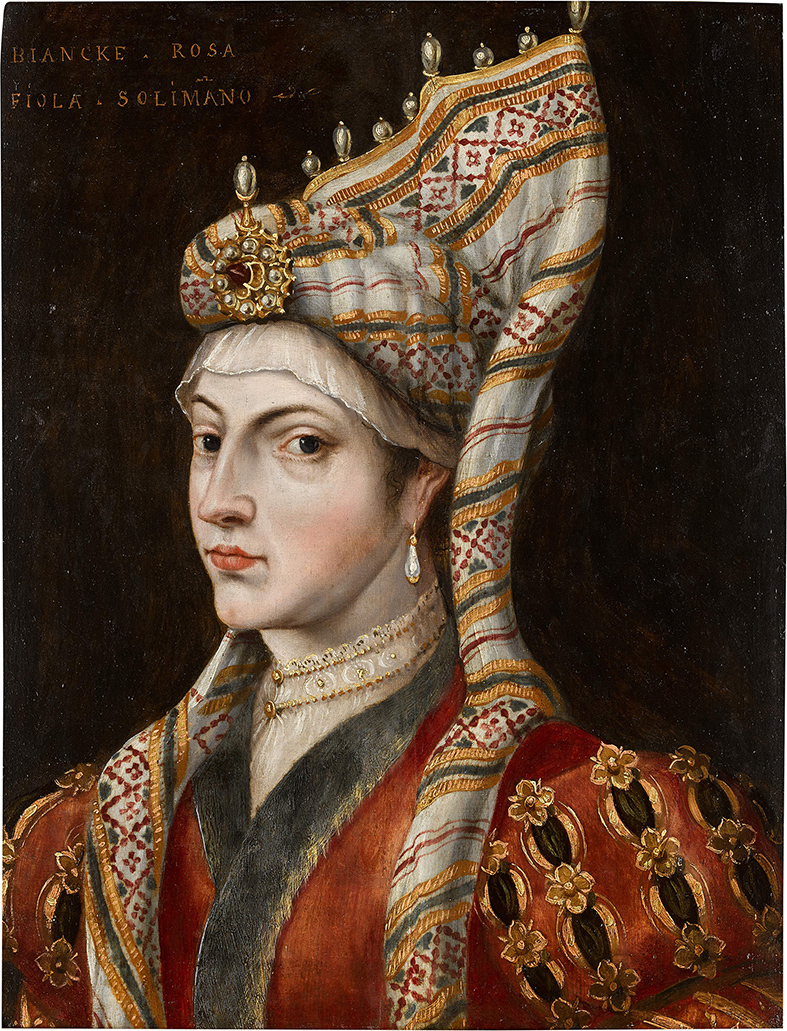 Meanwhile, Roxelana’s Ottoman in-laws (also featured in Cornucoopia 63) have turned up in force at Christies: 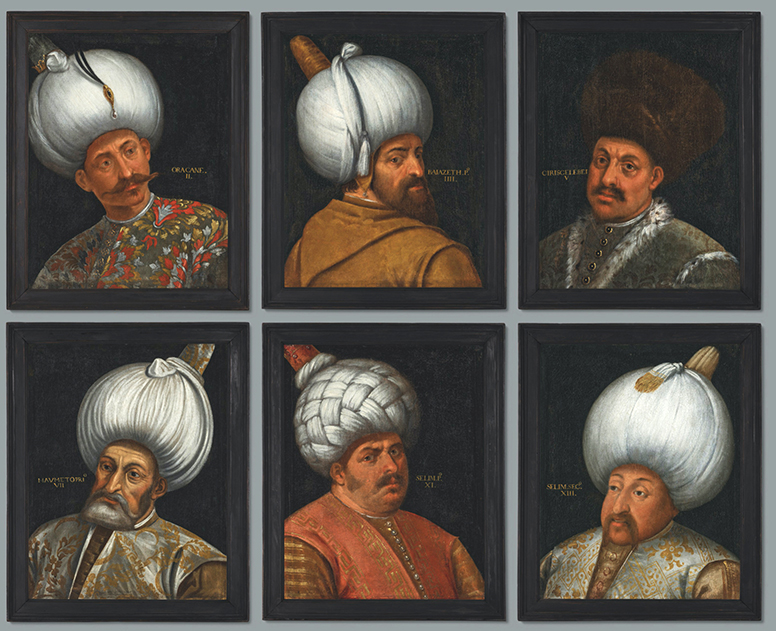 Lot 76 in the Christie’s Arts of the Islamic and Indian Worlds including Oriental Rugs and Carpets on October 28 is a group of six portraits of Süleyman the Magnificent’s forebears, painted in Venice c1600 (est. £800,000–1,200,000). The six early sultans (inlcuding one who never quite made it) were commissioned by the grand vizier Sokollu Mehmed Pasha through the Venetian bailo (ambassador). Much-overpainted copies exist in the Topkapı.
Posted in Fine Art