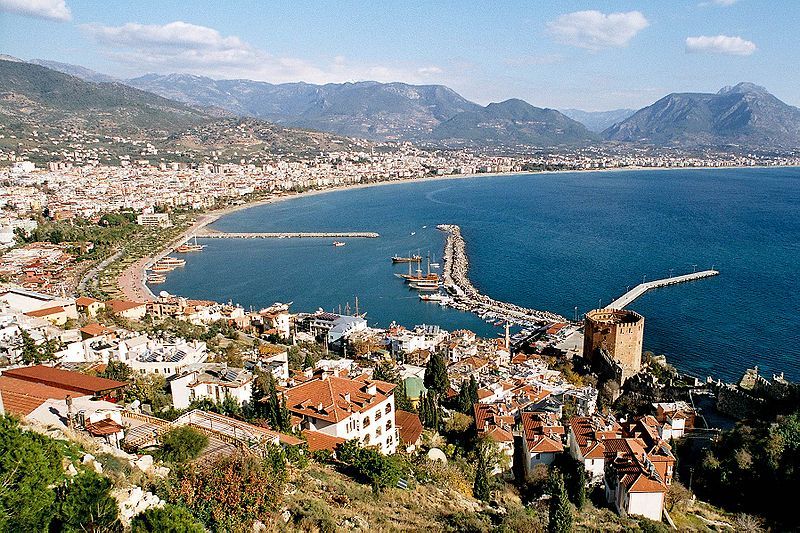 "On Alanya's Citadel, a dizzying descent down a narrow staircase below the Bedesten, a covered market, leads to cavernous cisterns where we wander at will, tracing previous water levels on the walls," writes Kate Clow in Cornucopia 23. "Then, in the han above, we trace the levels in our beer glasses as we watch the sunlight dancing on dusty saddles, guns and saddlebags…" Clow's report shows that Alanya is a more hospitable city today than it was in 1812 when Francis Beaufort's shore party was driven off in a volley of stones (see Cornucopia 27). The predominantly Seljuk city was fortified by Alaeddin Keykubad I in the 13th century as a winter residence. Towers and gates pierce the walls of the citadel (kale) that rises on a promontory where the hexagonal Red Tower protected its five-bay waterfront shipyards (Tersane), that now house an exhibition of navigation in the Mediterranean at th time of the Seljuks.

A house that Atatürk visited in the 1930s is preserved as a museum. Beyond this attractive old town a tourist industry flourishes along 20km of beaches. There are a number of caves in the area.