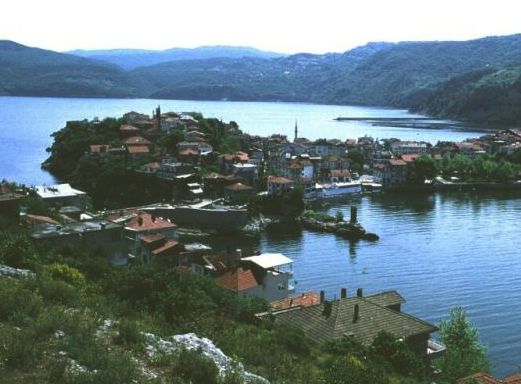 The attractive, tranquil town of Amasra is the first real resort on the coast, and it has two small harbours and sandy beaches. Part of the town lies on an island reached over a Roman bridge. Amasra was the Ionian Sesamos mentioned by Homer, and under the Emperor Trajan it became a metropolis. In the Byzantine era it had a bishopric and the acropolis was fortified. The nearby town of Bartin has a number of wooden Ottoman houses and a lively Tuesday market.

Two fortresses were built by the Genoese who rented the town from Byzantium, one overlooking the main harbour, one a crumbled ruin on the promontory. A small, prize-winning museum has Roman and Byzantine statuary. The Fatih Mosque and small Kilise Mescidi are founded on Byzantine churches.