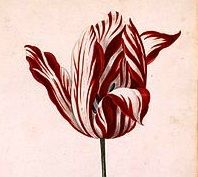 In 2012 Turkey and the Netherlands celebrated 400 years of fruitful trade that had started with the first Dutch ambassador, Cornelis Haga, being invited to the Sublime Porte. The story of the two countries’ relationship is told by Philip Mansel in Dutch Treat, in Cornucopia 47. The magazine also has a feature on another ambassador, Cornelis Calkoen, who amassed a cabinet of curiosities now on display in the Rijksmuseum. Among its treasures are paintings by Jean-Baptiste Vanmour, some of which Calkoen commissioned, that remain an invaluable record of life in the Ottoman court. Calkoen arrived in Constantinople in 1727 in what was known as the Tulip Period era, a time of relative peace and progress in the empire, and more than a century after the first tulips had been imported from Constantinople to the Netherlands to cause tulip mania.

Designs for wonderful tapestries showing life in the the Ottoman Empire at the time of Süleyman the Magnificent by the Dutch artist Pieter Coecke van Aelst are the subject of a 10-page feature in Cornucopia 56.