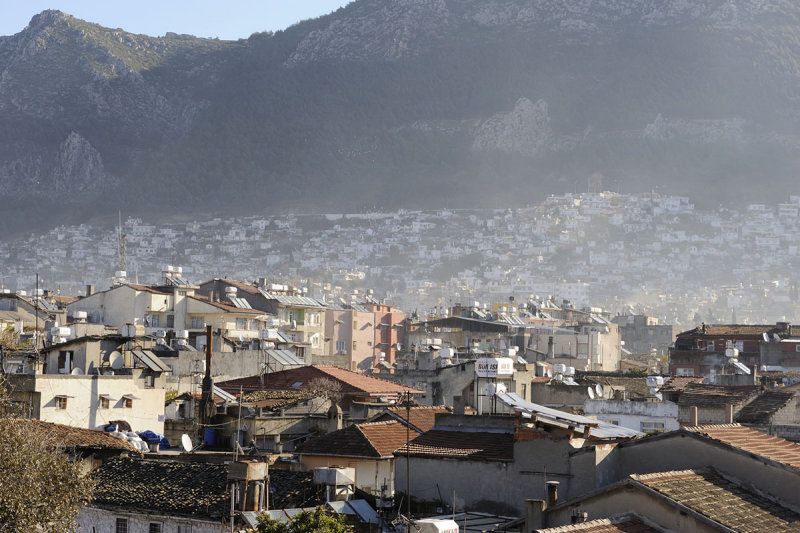 "Flanked to the north and south by mountains, Antakya sits in a broad river bend planted with olive trees. After the flatland ugliness of industrial Adana and Iskenderun, the spicy alpine smell of laurel washes in. The lush green olive groves are top-heavy with fruit and there are delicious juicy mandarins." This description comes from Jacqueline de Gier's major feature in Cornucopia 25, which describes Antakya, ancient Antioch, as "a city of contradictions where religions flourish, a car-choked city with courtyards that smell of lavender and lemon". The region is in an important corner of the Mediterranean, fought over by the Crusades and coming under French control in 1931 as part of the State of Hatay. Today some still call the city not Antakya but Hatay, which is also the name of its province. Squeezed between the sea and the Syrian border, Hatay has become trapped in the Syrian conflict as a place of immediate escape. But the armchair traveller might imagine the Antakya that Cornucopia has visited, particularly the atmospheric old Arab quarter and the attractive Ottoman houses around the bazaar.  The city was known as Antioch in biblical times, and the 'cradle of Chrtianity". The cave-church of St Peter on the northeast side of the city is said to have been the earliest meeting place for Christians, and the impressive Roman fortifications and aqueduct remain on the west side of the city. Most of Roman Antioch is lost, and as the city has expanded more remains have been uncovered and are rarely preserved.  Exceptional 1st–5th-century mosaics have been saved, however, and are to be found in the Hatay Archaeology Museum.