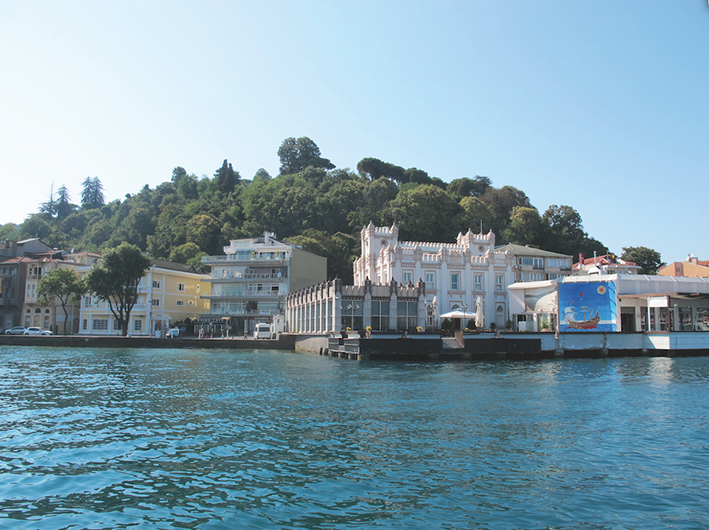 Getting Around Village Bosphorus European Shore

There is a good bus service along the coast road, which can be rather gorgeous on a weekday morning when the traffic is light (except in Emirgan, which is plagued by 'vale-parking'), but it is notoriously prone to gridlock. For the upper reaches, beat the  traffic by taking the M2 metro, and grab a taxi route map (a new branch line has just opened between Levent and Bosphorus Univerisity, which will be useful for Bebek and Rumelihisarı), or if you get out at ITU/Maslak, a  minibus.

Wiley local taxis will have their secret routes over the hills, but a sea taxi is much more pleasant – call one up at any iskele (boat station), or book through your hotel.

Eminonü and Beşiktaş are the two main starting points for scheduled vapur  (passenger ferries) up the Bosphorus. Most of these are commuter services, though there are two tours laid on by the city ferry service and a useful ring route that calls on villages either side of the strait four times a day. See timetable and click on Domestic Trips for routes. Ferries call at Ortaköy, Arnavutköy, Bebek, Emirgan, İstinye, Sarıyer and Rumelikavğı at some point or other during the day. Ferry services along the Bosphorus have been in a bit of a trough these past ten years, but by using the timetable and the ring route you can still make it work for you. Emirgan has a small fishing boat cooperative, Kanlıca Motori, that takes you across to Kanlıca. Yeniköy has an excellent dolmuş motor service to Beykoz.

If you are mystified why a city so blessed with God-given water routes has so few boats, it's all about politics. Think how much more money can be made by the authorities out of carparking fees, leasing out fery stations as restaurants and building bridges.

1The European Shore of the Bosphorus

In high summer Istanbul's riviera is Cannes without the crowds. July’s turquoise blue turns bottle-green after the snow.  We head upstream to discover Istanbul's most sought-after urban villages.