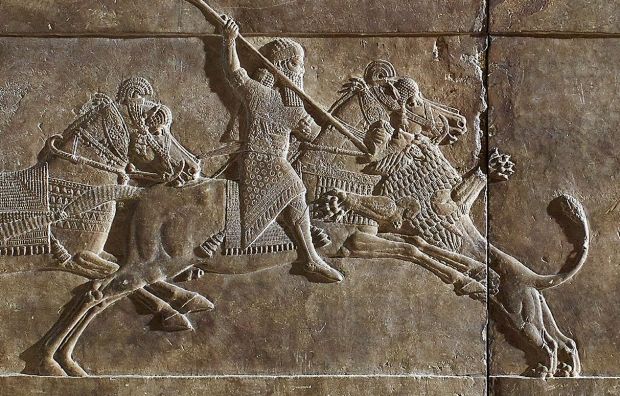 Iraq has some of the most resonant names in all antiquity, but few sites have escaped the trampling of 21st-century armies and ravaging by looters. National museums have suffered great losses, too, their treasures plundered and hawked on illegal markets, though the Ministry of Culture and the Iraqi State Organisation for Antiquities and Heritage is attempting to track them down.
Babylon suffered irreparable damage from the American encampment of 2,000 troops, which included levelling part of the ruins for a helicopter base, though late-19th-century excavations by Germany had already removed many architectural artefacts including King Nebuchadnezzar’s Ishtar Gate, which was reconstructed in the Pergamon Museum. Nimrod and Nineveh have also recently been affected, although Ur has been largely protected — many of its treasures had anyway found their way into the collections of the British Museum and the  University of Pennsylvania, mainly during the British occupation of Mesopotamia after the collapse of the Ottoman Empire, which had ruled under the Eyalit of Baghdad since the mid-17th century. Gertrude Bell was instrumental in redrawing borders and in setting up the National Museum, disastrously looted in 2003, but now getting back many of its lost items.

Nippur has been disturbed too, but photographs from its excavations of the 1890s by the University of Pennsylvania’s Babylonian Exploration Fund can be seen in John Henry Haynes, A Photographer and Archaeologist in the Ottoman Empire 1881–1900. The text is by Robert G. Ousterhout, who aims to see Haynes restored to his rightful place as the ‘Father of American Archaeological Photography’, explaining how the farm boy from Massachusetts, who became the first American Ambassador in Baghdad, was never credited for his dramatic find of 23,000 cuneiform tablets at Nippur.

The story of Ashurbanipal, King of Assyria, his palace at Nimrud, and his grandfather King Sennacherid's palace at Nineveh, was the subject of a major exhibition at the British Museum, and a 12-page feature in Curnucopia 58.