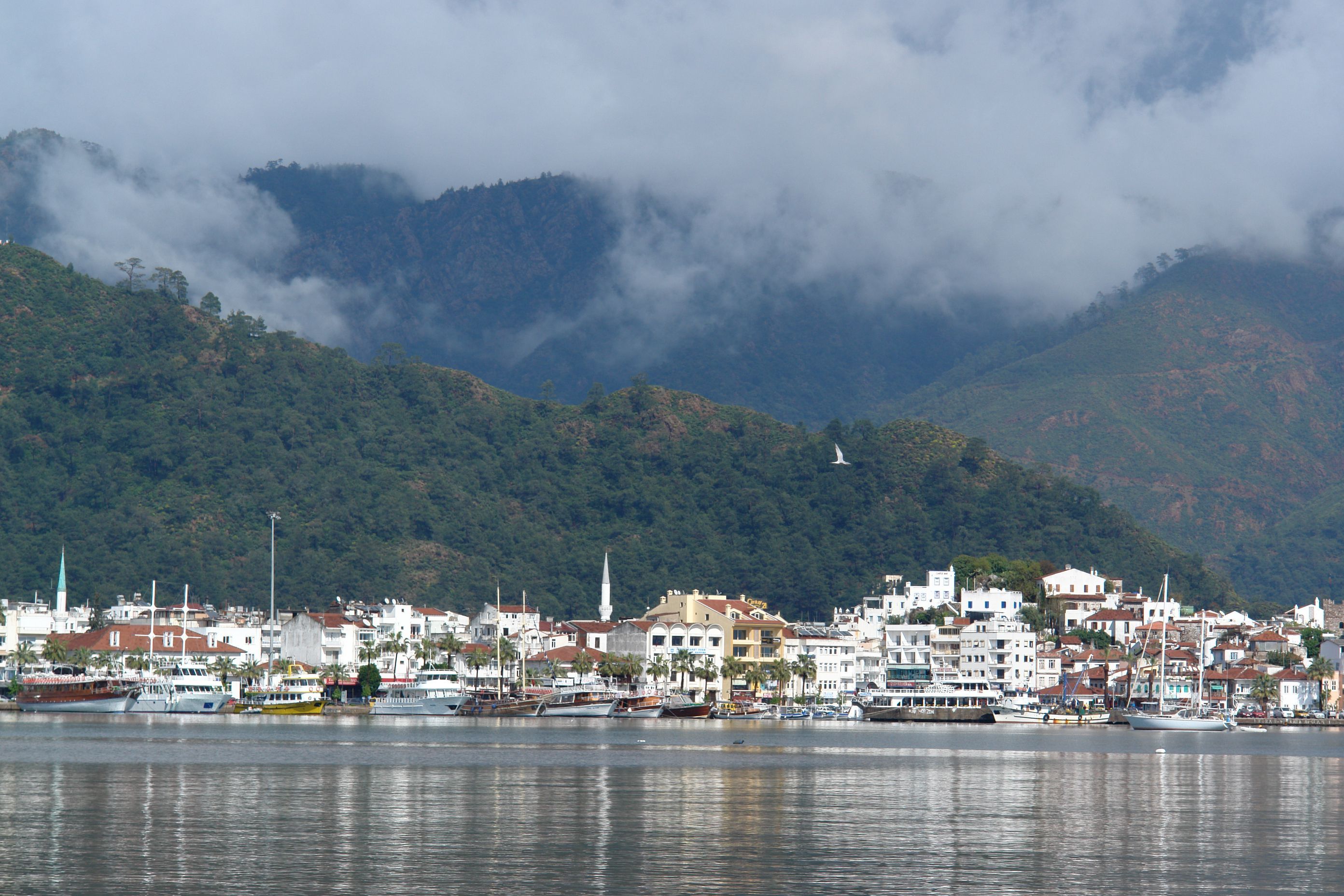 Süleyman the Magnificent launched his successful attack on Rhodes from the wonderful natural harbour of Marmaris, and today his castle looks down on the large, thorough-going, tourist resort. Souvenirs and cafes fill the Hafsa Sultan Caravanserai, built in 1545 for Suleymein's mother. Surrounded by mountains of pines and slopes of olives, the town is called Yeşil Marmaris, Green Marmaris, in Turkish, and is famous for its honey, though it takes its name from the local marble. A small museum of archaeology and ethography in the castle has artefacts from the area, including Datça and Knidos. Around the castle is the Old Quarter where a few houses abandoned by the population exchange have been handsomely restored, and beside it more than 700 boats are moored in Netsel Marina. The harbour is large enough to have embraced Admiral Nelson and the English Fleet before it set sail to defeat the French at the Battle of the Nile, which ended Napoleon's ambitions in Egypt and the Mediterranean. Leto, mother of Apollo, was worshipped in the Nimara Cave on nearby Heaven Island, where there are cave-loving butterflies.

To the west is the Bozburun Peninsula, with attractive villages and quieter beaches that make Marmaris a centre for gulet sailing holidays. The largest of the ancient sites to be tripped over around the coast is Loryma, in today's Bozuk Bükü, a fortified harbour described by Freya Stark when her boat moored here when she was researching The Lycian Shore.

Maramaris is 120km from Dalaman airport. Ferries run regularly to Rhodes, taking about an hour.