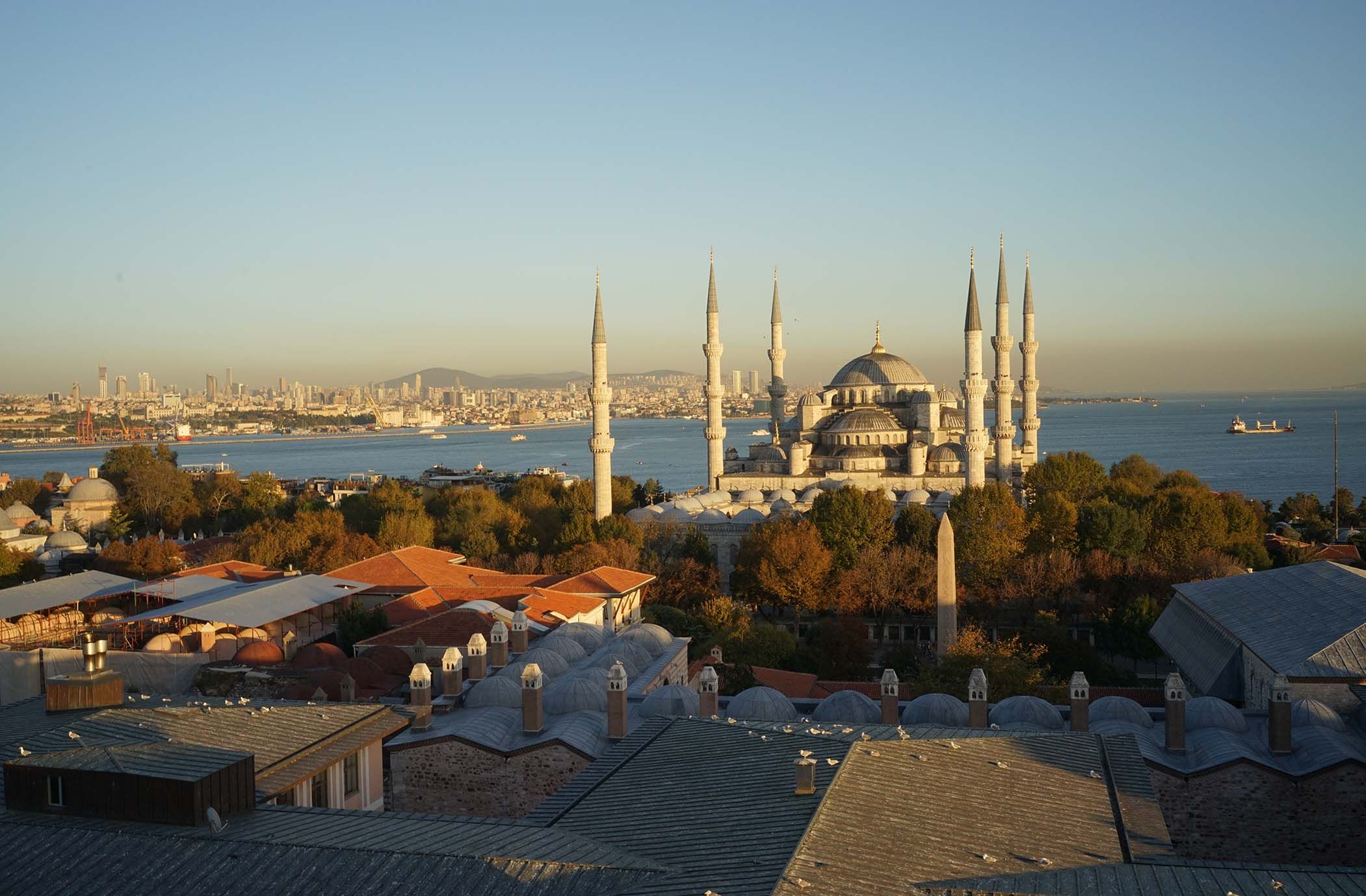 The starting point for any visitor to the city, come here to be wowed by the splendours of the Ottoman and Byzantine capital. The district of Sultanahmet encompasses Ayasofya (Haghia Sophia), the Atmeydanı (Hippodrome), the Topkapı Palace, the Archaeoglogical Museums, the Museum of Ibrahim Pasha (Museum of Turkish and Islamic Art), the Mosque of Sultanahmet (the Blue Mosque), and much more besides. See Cornucopia 50 Istanbul Unwrapped: The Sultan's City

The pulsating heart of two great empires, Sultanahmet is crammed with treasures, and nothing can really detract from the beauty and sense of power in the air. The domes are leaden grey, and they are stunning. This is the starting point for any visitor, whether you stay in one of the many hotels round the Hippodrome or nip in by tram. When you have exhausted the Topkapı Palace, the great basilica of Ayasofya, the archaeological museums and the spina of the Hippodrome (avoid the Blue Mosque itself, best seen over Turkish coffee in the comfort of the Museum of Turkish and Islamic Art), head for the quieter districts down by the seawalls for two splendid monuments, the sixth-century Church of Sts Sergius and Bacchus (now Küçük Ayasofya Camii) and the 16th-century Sokolu Mehmet Pasha Mosque.

Shopping in the Old City is much more rewarding than you would expect, and visiting the galleries of the Arasta market behind the Blue Mosque infinitely more relaxing than a visit to the Grand Bazaar, and considerably more recherché, with desirable items ranging from from the fabulous handspun towels at Jennifer’s to the museum-quality ikat çapans that Mehmet Çetinkaya displays (but unfortunately does not sell).

There are hotels for every pocket or inclination in the Sultanahmet, from the voluptuous Four Seasons at 700 euros a night (if you can get a room) to the chic İbrahim Pasha at just 100 euros. The best are close to the Hippodrome (At Meydanı), a lazy stroll to everything the connoisseur should see; many have terraces with stunning panoramic views. In the case of the Empress Zoe, the secret is a secret garden next to the ruins of a 17th-century hamam. A number of hotels can be booked directly through Cornucopia Hotels (a welcome package of books, mags and itineraries will be waiting for you).

There is an excellent tram service to Sultanahmet. Buy jetons at the main tram stops, or a smart card (akbil). Atatürk Airport is a 20-minute drive along the coast road (more in the evening rush hour), and you can jump into a boat down at the quay in Eminönü, or a sea taxi at Ahırkapı, to explore the Bosphorus. The downside is that there are simply too many hotels, and being an area of shops and museums, it tends to go quiet at night. Taxis are also notoriously unreliable, unless you get one from an established rank, such as the one close to Küçük Ayasofya.