Store > Books > An Ongoing Affair: Turkey and I 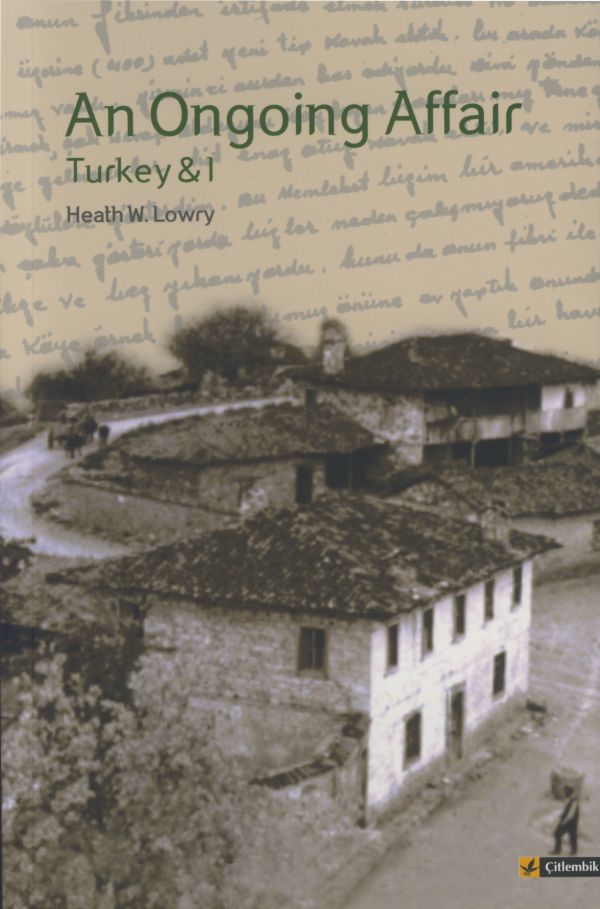 An Ongoing Affair: Turkey and I

By Heath W Lowry
Published by Çitlembik
Sorry, this item is currently unavailable from Cornucopia.

A two-year stint as a Peace Corps volunteer in a remote western Anatolian village during the early 1960s changed the course of Heath W Lowry’s life in a way he could never have imagined. Lowry’s touching vignettes, reflecting both the high and low points of his time there, are by turn humorous and tragic and reflect his affection for the villagers who embraced him as one of their own. Tales of friendship, hospitality and humanity are juxtaposed against the harsh dramas and social mores of a traditional agrarian society of that period.

Where the Heart is

I have known Heath Lowry for half his lifetime, but, after reading this coming-of-age memoir, I came to realise there were things about him that I hadn’t known at all, and much I hadn’t known about Turkey either. His memoir explained to me certain quintessentially Heathian characteristics, such as his perfect colloquial Turkish, his rasping smoker’s voice, his almost peasant insight into matters Anatolian, his aversion to kabak tatlısı (pumplin pudding), his addiction to Chinese food, and his enduring love for Turkey that goes much deeper than the shifting sands of politics, truly an ongoing affair.

Heath’s memoir is an account of his two-year stint, from 1964 to 1966, as a Peace Corps volunteer in Turkey, which he spent in the village of Bereketli, near Balıkesir in northwestern Anatolia. The village had a population of 800, all of them waiting to meet Heath on his arrival, all the men shaking his hand and asking his name, which, as he explains, was soon Turkified.

“Before reaching the village, in answer to the query “Isminiz nedir?” (what is your name?), I had replied, “Heath,” several times, only to have my questioners repeat what I said back to me as “Hit” (the th sound being non-existent in Turkish), over and over again. It was as Hit or Hit Bey (Mr Hit), or Hit Ağabey (elder brother Hit), that I would be known for the next two years. In time this version of my name was to be the cause of frequent misunderstanding, due to its proximity to the Turkish word it, meaning female dog. I soon learned that one of the more common forms of insulting someone in Bereketli was to refer to them as an itoğlu (son of a bitch).”

On arriving at Bereketli, Heath was taken to a local coffee house where he was given countless glasses of tea, after each of which someone would hand him a cigarette (it was a tobacco-growing village), thus starting a smoking habit he has yet to break. He was then taken to the village meydan, where he and the muhtar and five other notables ate a whole sheep while the rest of Bereketli looked on. Over the next four months every family in Bereketli took turns in hosting Hita Bey for the evening meal, and dessert which he did not particularly like. He ate it anyway: “I quickly learned that etiquette demanded you consume at least two slabs of pumpkin, and while night after night I managed to do so, I have never eaten kabak tatlısı since leaving Bereketli.”

Heath occasionally managed to escape to Istanbul for a day or two, his main reason for doing so being to eat all his meals at the Çin Lokantası, near Taksim, which at the time was the city’s only Chinese restaurant. As he writes of his first visit, “It was a crazy thing to do, and it had cost me slightly less than a third of one month’s salary, but my craving for Chinese food had been sated by my three meals in less than 24 hours, and, once again, I had managed to remind myself that there was indeed a world beyond the borders of Bereketli.”

Early on in Heath’s stay in Bereketli he eluded the advances of the village beauty, whom he refers to as “the fair Ayﬂe”, a story he tells in the chapter entitled “Who’s that Playing with My Butt?”. His escape from Ayşe led his friends to think Hit didn’t like girls, and he convinced them of the contrary only when he married his American fiancée, as he relates in the chapter “I Joined the Ranks of Married Men”.

Other than the Çin Lokantası, Bereketli was Heath’s entire world for two years, during which time he planted a grove of trees and acted as the village schoolteacher, doctor, handyman, advisor on things modern and explainer of the Western world, sharing Bereketli’s celebrations, feuds, comedies and tragedies, drawn ever deeper into the microcosm, learning the secrets of village life that no other outsider knew. As the muhtar, Kamil Bey, told him several times: “Hit, don’t forget, you are now one of us. There are things you have seen and heard here in Bereketli that no one else need know about.” Heath recalls this request in the 38th and last chapter, “Leaving Bereketli”, which he concludes with the comment that if in writing his memoir he is “breaking that trust implicit in the Muhtar Kamil’s injunction, I do so in the hope that he and today’s Bereketlians will comprehend my motives. To say that my time in the village was filled with blessedness (bereketli) would be an understatement. I truly came of age in Bereketli.”

This is by far the best book I have ever read about village life in Anatolia – beautifully written and with humour from the heart.