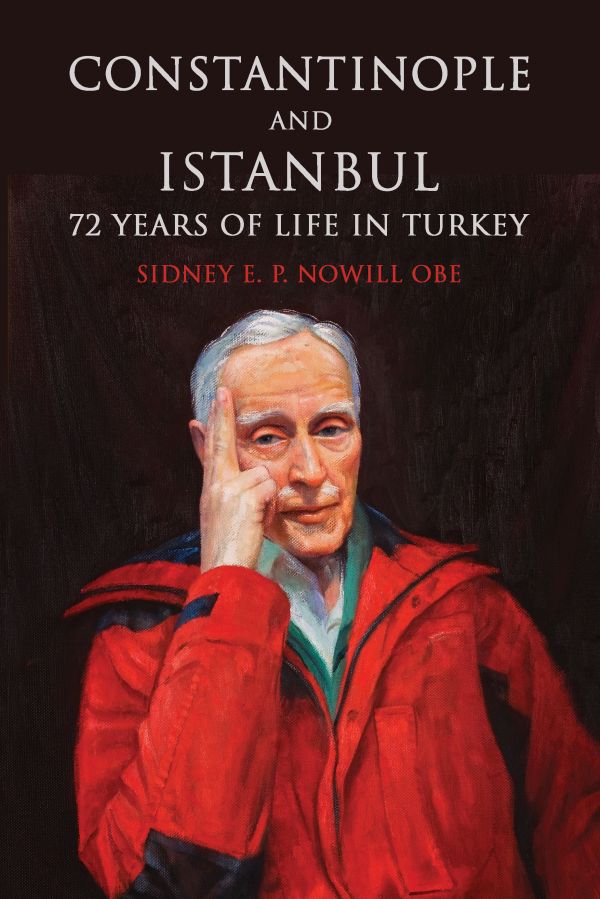 72 Years of Life in Turkey

Out of print, a few copies still available.

Constantinople and Istanbul recounts the memories of Sidney Nowill OBE who was born into the nexus of Levantine families, some of whom had been living in Turkey for over 100 years.

The book gives a colourful collection of fascinating personal memoirs. Sidney recounts his carefree childhood in Moda and the idyllic village of Bournabat outside Smyrna, and how this blissful innocence was cut short when he was sent off to boarding school in England.

Not long after the outbreak of World War II, Sidney found himself recruited for duties with MI6; he was even asked to continue this role in a different capacity after the war had ended but saw no reason to continue such work.

After the War, Sidney began working for his father’s import business before he set up independently, manufacturing a range of products. The business required that he undertook sales tours extensively throughout Turkey, and this gave Sidney the unique opportunity to get a feel for the understanding and opinion of the average provincial Turkish male.

There follow some amusing tales: how Sidney managed to scramble out onto the dome of the Haghia Sophia by clutching onto a rusty Byzantine chain; how he and the Turkish Police chased a gang of counterfeiters; how he hung from a chicken- wire cradle during the construction of the first Bosphorus Bridge; and how he managed to amass a fortune on the nascent Turkish Stock Exchange. Many other amusing and colourful stories are told in the book.

In the early 70s, Sidney became an External Economic Advisor to the Shell group of companies in Turkey and was frequently sought for his advice on Turkey’s financial affairs by people ranging from Prime Minister S¨leyman Demirel to ‘workshop’ meetings in the World Economic Forum. Sidney finally retired to England in 1993.