The short but vivid career of James Robertson

Robertson, Photographer and Engraver in the Ottoman Capital

In May 1854 the engraver James Robertson became the first Istanbul photographer known to have taken 360° panoramic photographs of the city from Beyazıt Tower.

Honoured by the Ottomans for his 40-year career minting coins and medals, he is now remembered as a pioneer photographer whose early, telling images of the city won acclaim in London and Paris, with a selection purchased by Prince Albert (apparently the first photographs ever purchased for the Royal Collection).

Robert’s photographic studio was on the Grand Rue de Pera, now İstiklâl Caddesi, on a site occupied today by the Arter gallery building. At the nearby Koç University Research Center for Anatolian Civilizations (RCAC) a major exhibition of original Robertson photographs and watercolours from the Ömer M. Koç Collection celebrates the 200th anniversary of his birth. Robertson, Photographer and Engraver in the Ottoman Capital runs until February 2, 2014.

Robertson’s work – from landscapes and architecture to costumes and street sellers – formed “the earliest and most comprehensive photographic record of Istanbul,” Mr Koç writes in a catalogue preface.

Born in England, of Scottish heritage, Robertson became part of a team recruited in 1841 by Sultan Abdülmecid to reform the Ottoman imperial mint. Paid a princely £40 monthly, he crafted dies to produce modern gold and silver coins. After ten years’ work he won the Ottoman medal of honour and went on to design 26 different medals for four Sultans. He retired in 1881 and left Istanbul for Japan, where he died in 1888.

Robertson’s short but intense photographic career began as a sideline in the early 1850s, but led to a burst of work in that decade. In October 1853 his first known photographs of Istanbul were published in London in Photographic Views of Constantinople. From 1855 they showed again in London, Paris and Edinburgh, appearing in The Illustrated London News.

Robertson’s reputation was secured with his photographs of the Crimean War as well as images of Athens and Cairo. He sold his studio in 1867 but showed his paintings as late as 1881.

The curator and catalogue author, Bahattin Öztuncay, says that Robertson “revealed himself to be a multi-talented artist capable of creating stunning photographs and watercolours of his adopted city’s colourful life, unique scenery, and matchless works or architecture and art”. 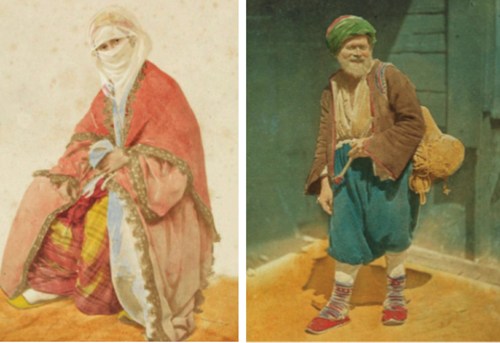 As Öztuncay says, Robertson’s recognition “as one of the most important personalities of the early period of photography” naturally makes 19th-century Istanbul an essential part of the history of world photography.

Other Highlights from Cornucopia 50