New galleries at the British Museum make the connections 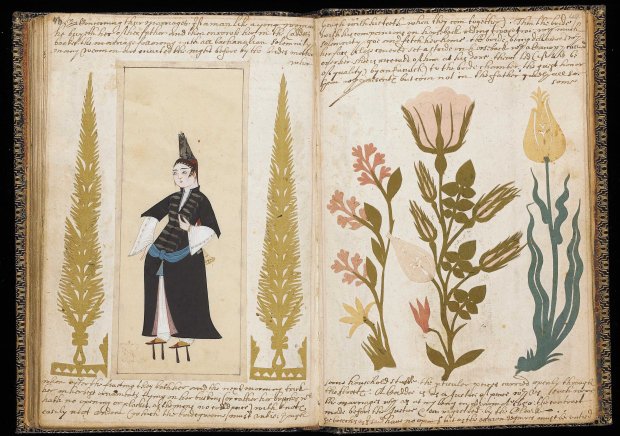 These exquisite pages depicting a woman in a bathhouse, with cut-outs of cyclamen, lilac, roses and tulips, are from a 'Persianate' Costume Album commissioned by Peter Mundy, an employee of the Levant Company in Istanbul from 1617 to 1620. It is just one on many fabulous items on show at the British Museum’s Albukhary Foundation Gallery of the Islamic World, which opened in London on October 18.

With a financial donation from the Malaysia-based Albukhary Foundation, this is entirely the work of the British Museum, which curated the exhibition from its own collection, filling two new galleries with a generous sweep of the Islamic world from West Africa through Ottoman lands all the way to China. The first room displays pre-Islamic influences, from Greece and Rome, Egypt and Byzantium, the second, larger and richer room, has items from the founding of Islam until today. Exemplary local craftsmanship shows the spread of material uses and skills along land and sea trade routes. 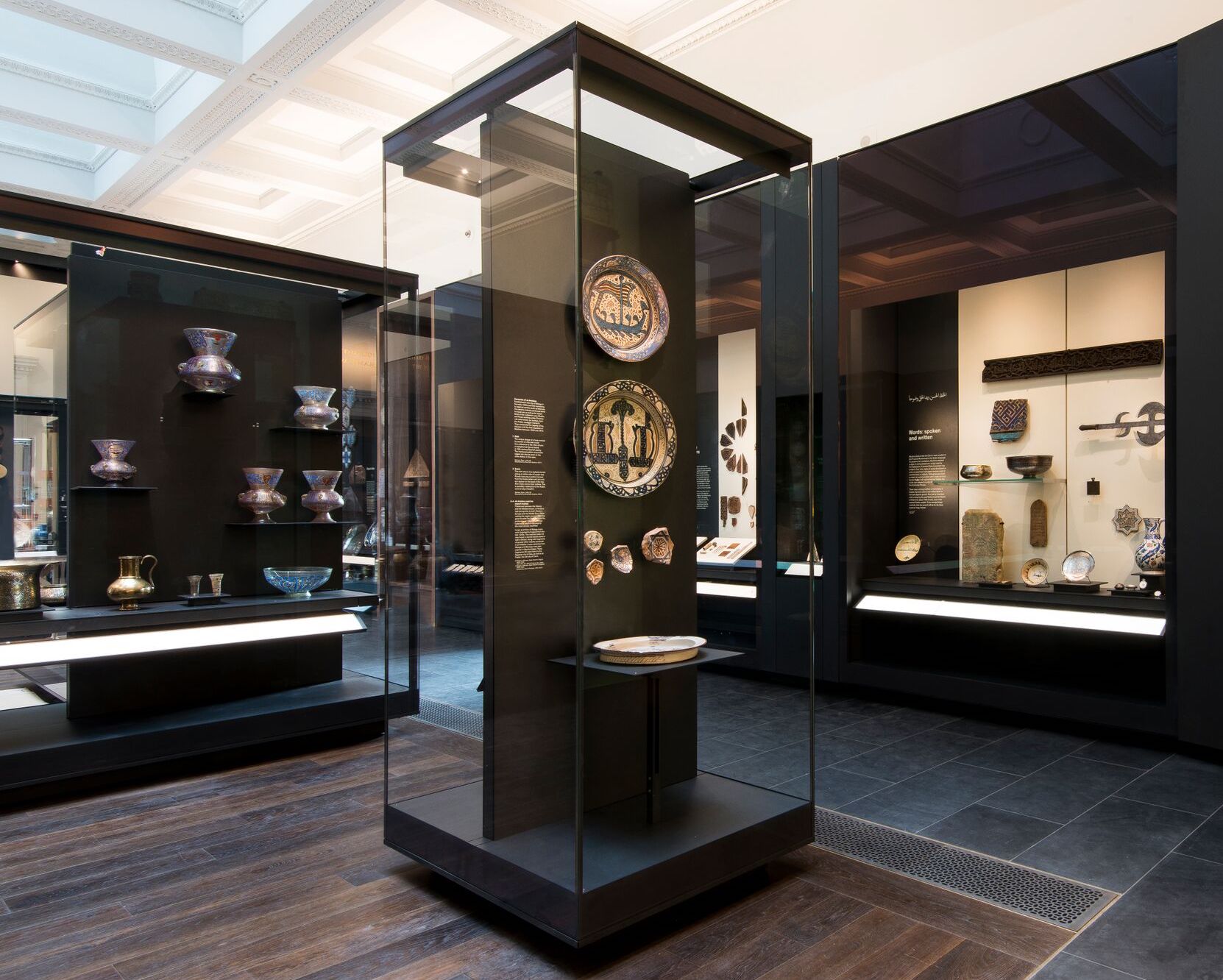 The exhibits are unusually well lit, using technology that allows objects to sparkle and shimmer without danger of damage from light exposure. The museums’s collection of glass, pottery, textiles and jewellery, are from myriad sources, including a hoard of 16th-17th century gold coins struck in Morocco and found in in Salcombe Bay, Devon, perhaps from a Barbary ship. Instruments include a beautifully decorated lyre from the Sudan. Storytelling and the Qu’aran are rendered in many forms. Album making, which began in Persia and spread to India, comes in a number of guises. A briefe relation of the Turckes, their kings, Emperors, or Grandsigneurs, their conquests, religion, customes, habbits, etc, Peter Mundy’s 60-folio album of single figures, incorporates his own description of 17th-century Ottoman society in Istanbul. (In 2011 the Bodleian published a selection of Mundy’s writings from his world travels.)

The trail of tile manufacturing, merging Seljuk rumi vegetal arabesques with the cloud scrolls and peonies of hatayi (Arabic for Chinese), leads from the mid-16th century, under Suleymein, at Iznik, to Tebriz for the refurbished Dome on the Rock, and Sinan’s Süleymaniye mosque in Damascus, until demand for Iznik tiles stretched from Egypt to Hungary.

The new galleries recognise the influence of many faiths, and here we can see Dionysus on a 7th-8th century Sasanian silver dish, the Virgin Mary and baby Jesus on an Iznik plate (above left), Arabic inscribed on an enamelled glass ciborium (Eucharist cup, above right) of around 1200 AD belonging to Maitre d’Alpais of Limoges, and the bridal outfit of a Sephardic Jew from Baghdad. Practitioners of Zoroastrianism, once the state religion of the Sasanians, under later Iranian law were not allowed to buy textiles by the yard, so their clothes were a patchwork of materials. They were all the more colourful for that.

Gorgeous textiles show connections,too. Motifs on a shocking pink dress from the Swat Valley in Pakistan (above left) indicate cultural links with Central Asia, while the talismanic tunic from Northern Nigeria (above right) has its counterparts in similar charm-laden garments from the Ottoman empire to south Asia.

This permanent display is in Rooms 42-3 at the British Museum, and entrance is free.

(Photogtaphs courtesy of the British Museum)