In the first of a series of online exhibition highlights, we remember Nazimî Yaver Yenal (Istanbul Research Institute) 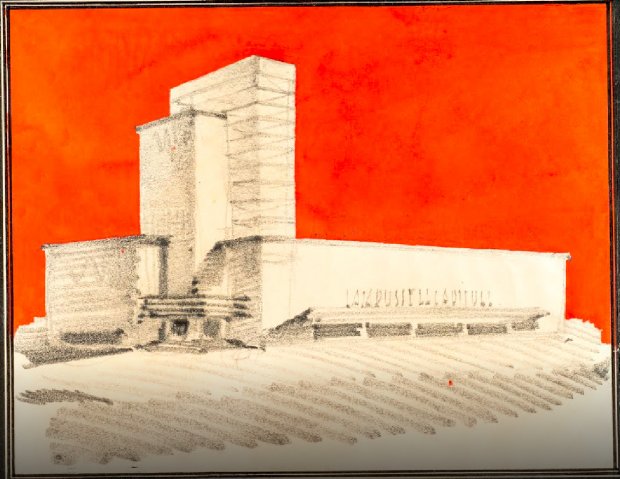 The story of Nazimî Yaver Yenal's career as an architect, spanning nearly 50 years, might be seen as one of stellar failure. Born in 1904, he trained at the Imperial School of Fine Arts, where his precocious talents were recognised by his tutor Giulio Mongeri, a seminal figure in the First National Architectural Movement. From adolescence, in the final years of the Ottoman Empire, Yenal won prestigious prizes. He graduated as a veledictorian and gained scholarships to study, first in Paris, then in Berlin, where he became fascinated by modernism. As an instructor himself at the academy, he grew close to a group of avante-garde German architects seeking refuge in Istanbul from political turmoil. With so much early promise, he seemed destined for great things, yet his numerous designs, such as the performance hall above, were never realised. 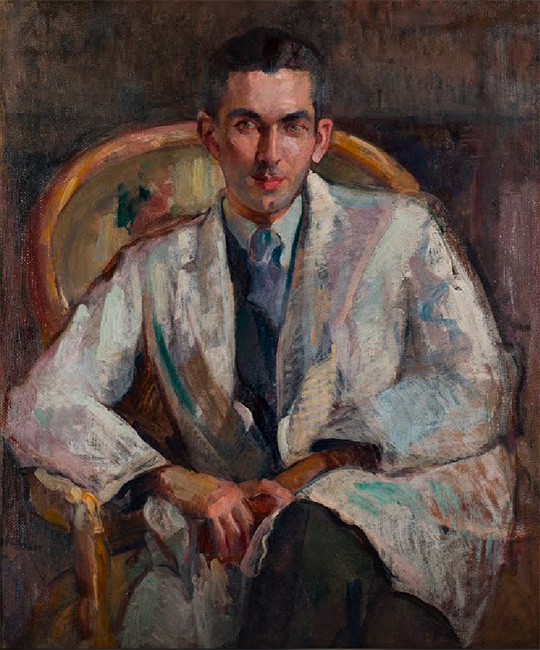 His legacy may be seen, not in the built environment, but in a vast archive of drawings, produced with a freedom to create from imagination, untrammelled by the demands of actual construction or considerations of budget.

The phrase "paper architect" was coined in Stalin's Soviet Union to denigrate practioners of the avant-garde and abstract, but over time it has acquired prestige as it has come to describe an independent, speculative branch of architectural practice.

Perhaps the greatest exponent of the form was Giovanni Battista Piranesi, the 18th-century Venetian architectural draftsman and printmaker, whose sinister prisons, soaring palaces and impossible perspectives were the stuff of pure fantasy. Like Yenal, Piranesi was a "failed" architect (his only known architectural project the restoration of Rome's Santa Maria del Priorato), yet his work has influenced artists, writers, architects and set designers from his day to ours.

Unlike Piranesi, however, Nazimî Yaver Yenal had no resort to the fantastical, utopian or dystopian. His designs are functional, practicable and eclectic, revealing a man at ease both with the classical repertoire and modernism. It is not known if he ever submitted them, but he produced 25 finely detailed drawings for a mausoleum for Mustafa Kemal Ataturk for the Anıtkabir Competiton of 1941, incorporating elements of the architecture of the ancient Egyptian, Seljuk and Mamluk periods, of 19th-century Russia and Nazi Germany.

Eight years earlier, he had been awarded first prize in the Yıldız Palace Istanbul Balkan Conference Furnishings Project, organised by the Balkan Conference in Istanbul, for which he eschewed political symbolism and any reference to the Ottoman past, in favour of art-deco style furnishings for the ceremonial hall.

If you cannot see, in three dimensions, any of Yenal's grand designs, you can perhaps sit on one of the less ambitious ones. With Zeki Kocamemi, an instructor at the painting department, in 1955, he created solid hornbeam seats still in use in the conference hall of the School of Fine Arts (now the Mirmar Sinan Fine Arts University).

Because so very little got off the drawing board, Yenal, a reportedly introverted character, has faded from architectural discourse since his death in 1987. The exhibition at the Istanbul Research Institute, focusing on his work from his student years to the 1950s, illuminated the relationship between archicture and the state in the early days of the Republic, while establishing this shy man as perhaps the foremost paper architect of that era.

Link to the exhibtion