Postcard from Pergamon: on the road with Don McCullin and Barnaby Rogerson

Monica Fritz, Cornucopia’s photographer-at-large, shares images from her travels in the Troad and beyond last September 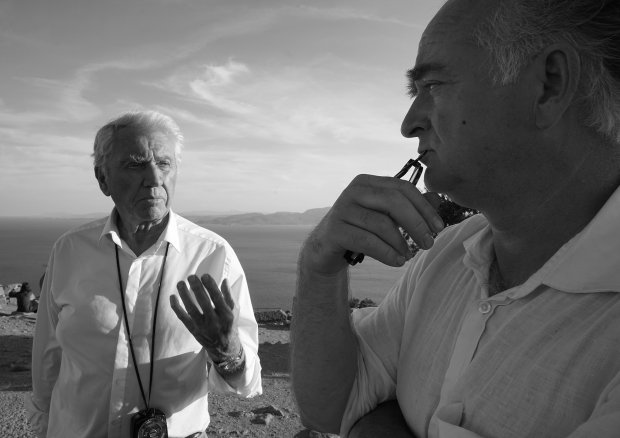 WAITING FOR THE RIGHT LIGHT… Last September I had the honour of accompanying the famed photographer Sir Don McCullin (pictured at Assos, left) and the author/publisher Barnaby Rogerson (right) on what turned out to be a very fun road trip to the west of Turkey for Cornucopia's issue No 61. From Troy to Pergamon and back again. Lots of escapades, laughs, fish dinners and, of course, history. The result is a work of art: the exquisite photography of Don McCullin and narration by a virtuoso storyteller, Barnaby Rogerson. The article. ‘The Road to Pergamon‘, is one of the highlights of the new Cornucopia, which came out last week.

Here are some out-takes from behind the scenes: 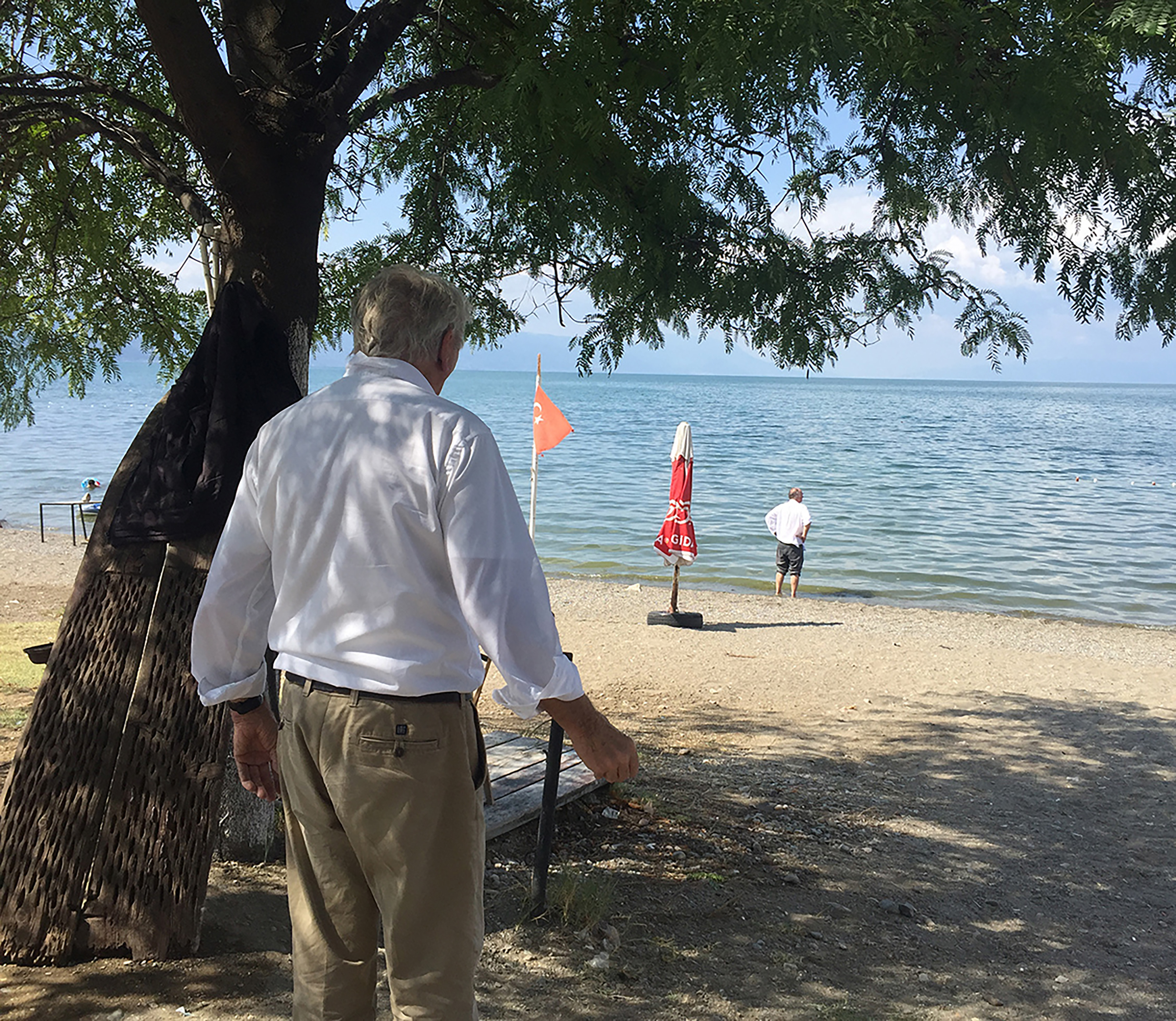 First stop, Iznik: a leap out of the car to the lake's edge as Sir Don finishes a peach picked off a tree 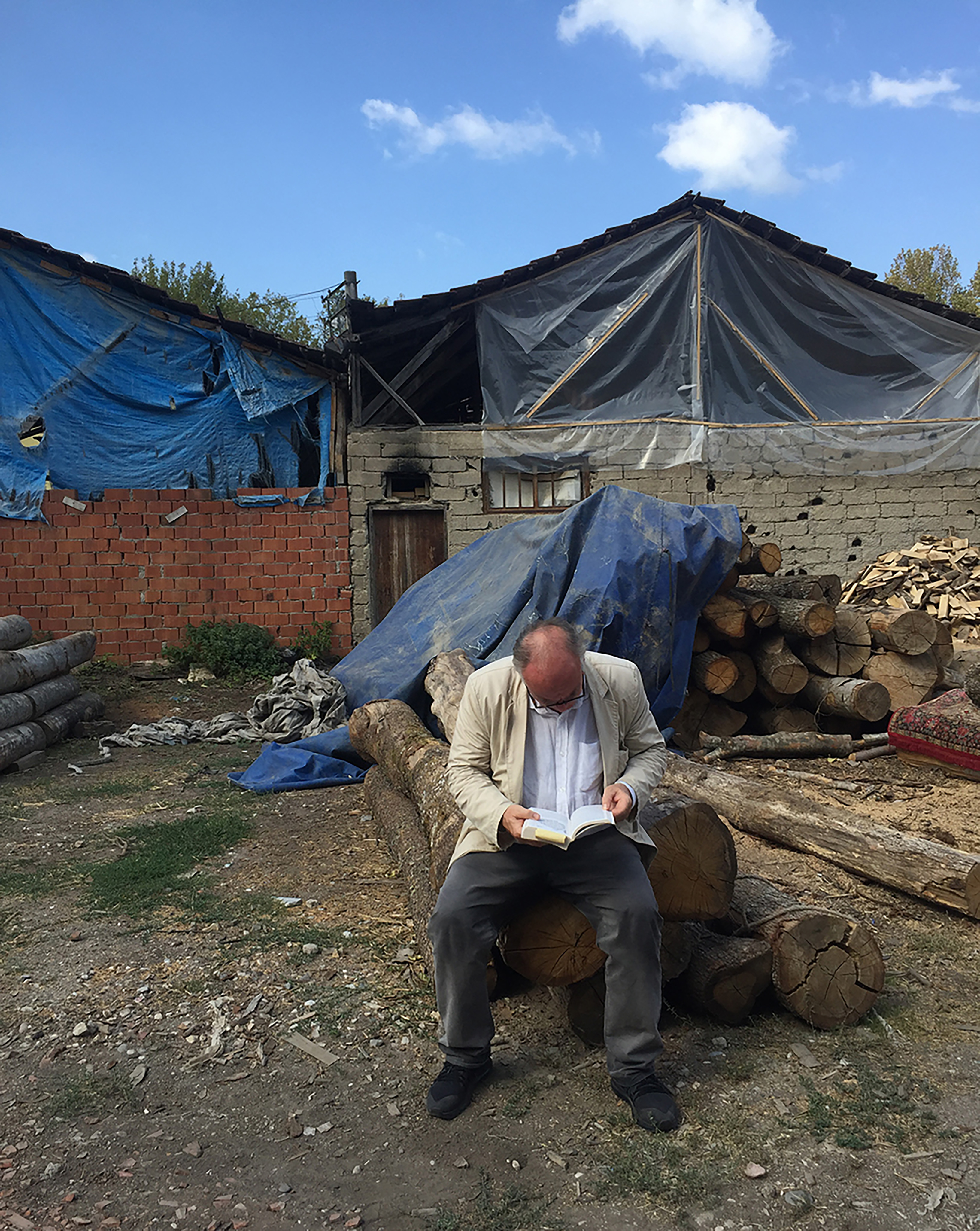 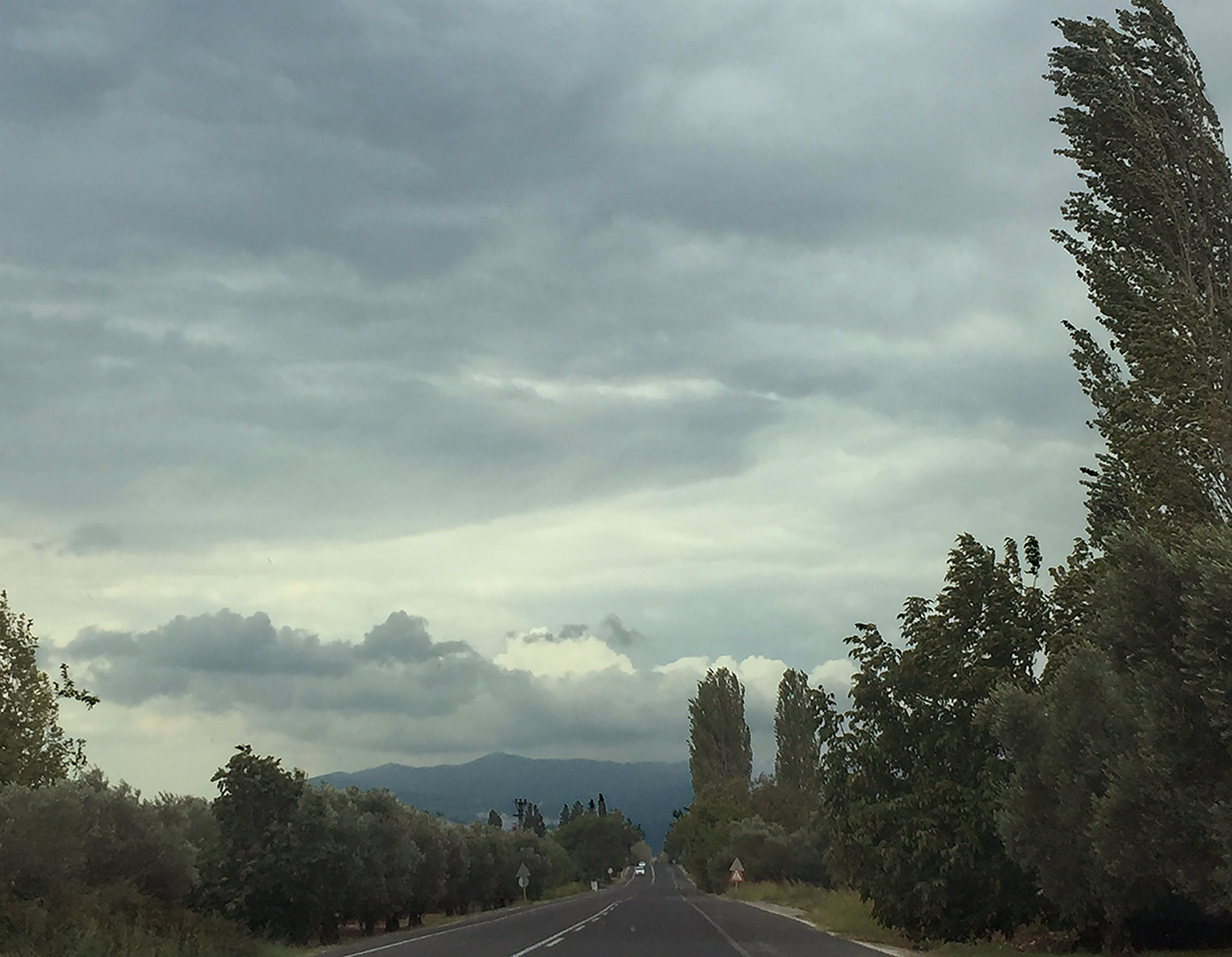 Dramatic skyscape: the highway to Bursa 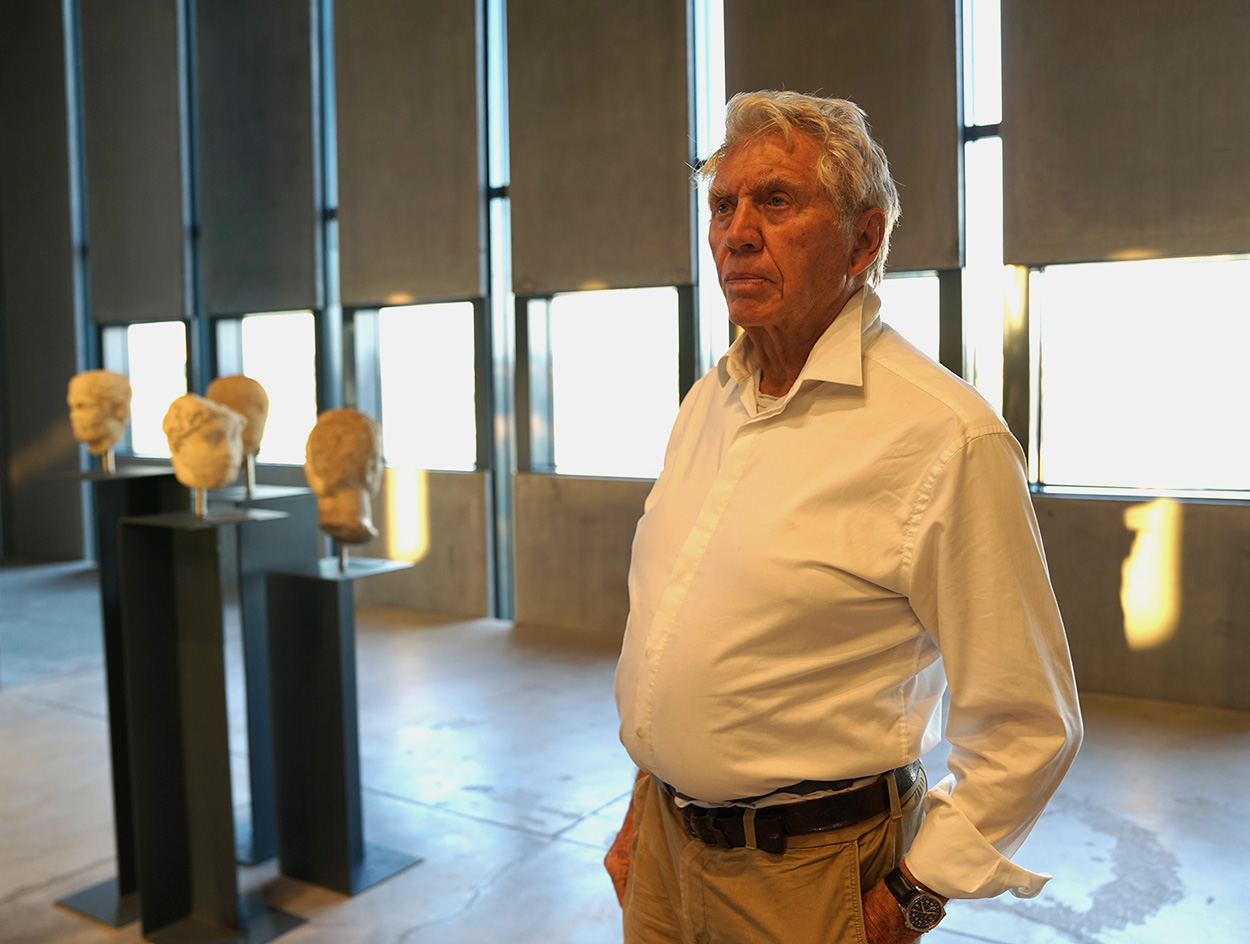 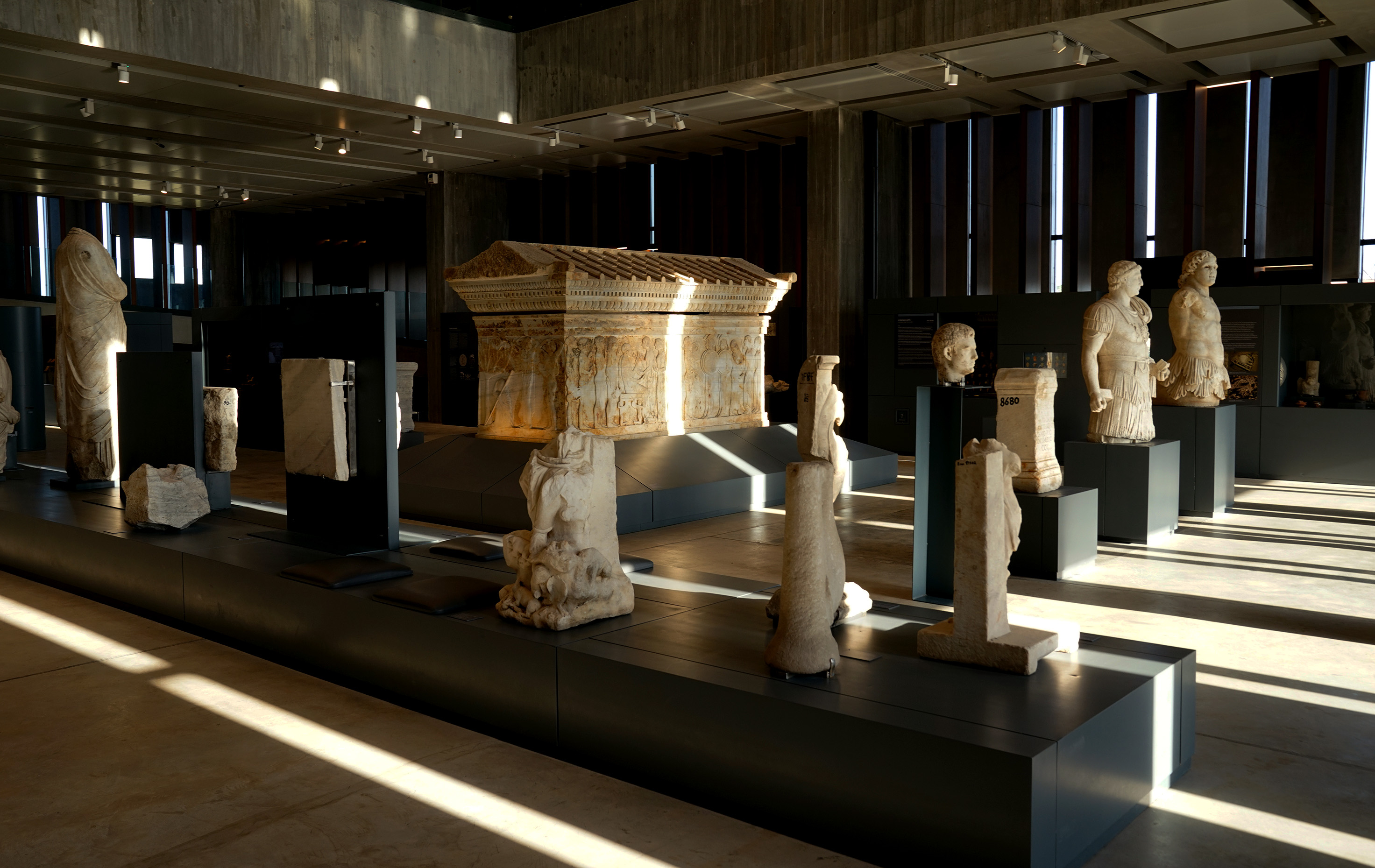 A larger-than-life Hadrian (second from right) guards the Polyxena Sarcophagus. To his left is a fine 1st-century head of Augustus 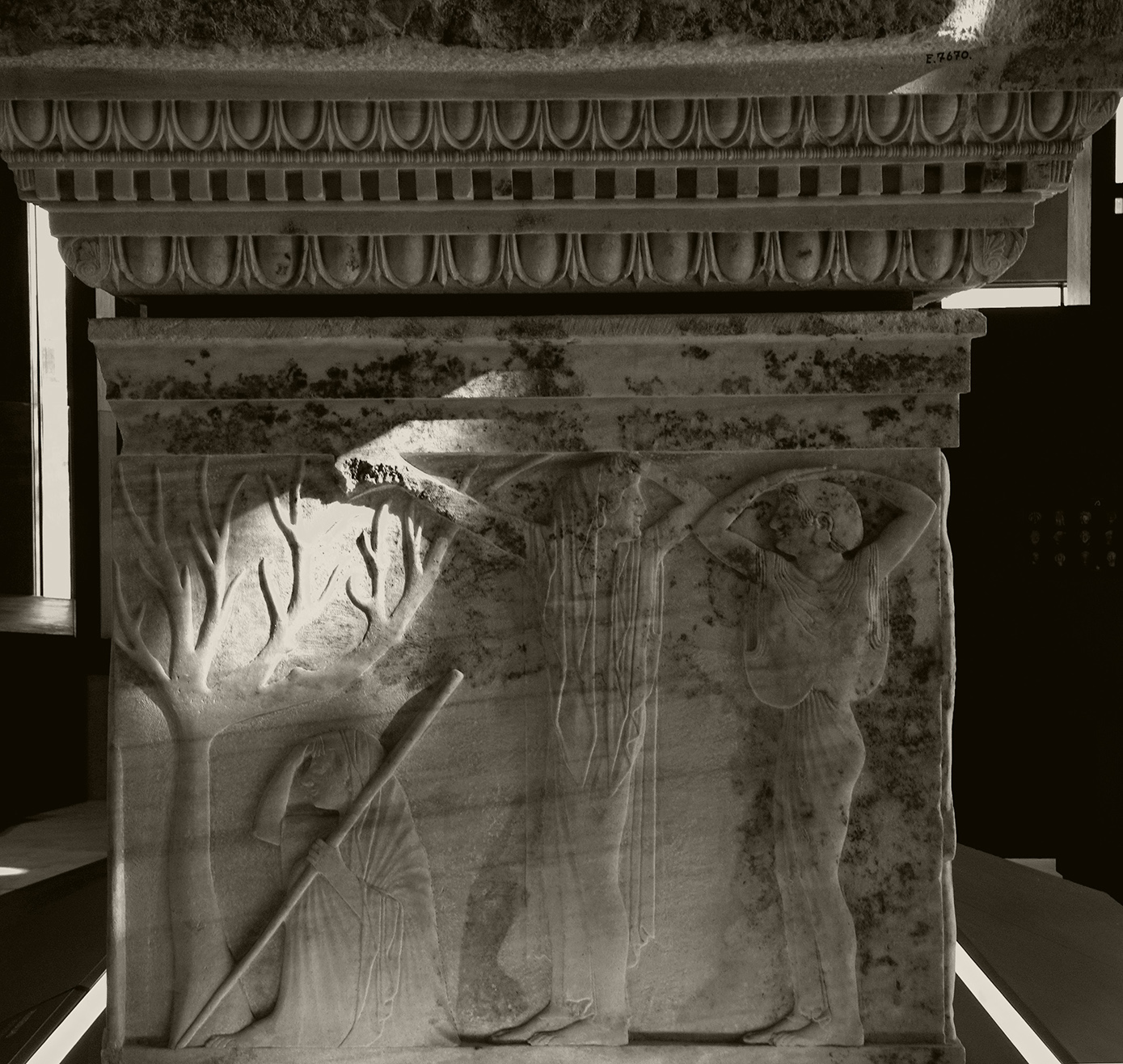 A shaft of sunlight catches exquisite details of the Polyxena Sarcophagus (500–490BC), the earliest figurative sarcophagus ever found in Anatolia, and surely one of the most beautiful. It was discovered and abandoned by grave-robbers on the shore of the Dardanelles in 1994. Barnaby, in Troy Story I (Cornucopia 60), describes how we see the desperate, hair-tearing grief of her sisters… 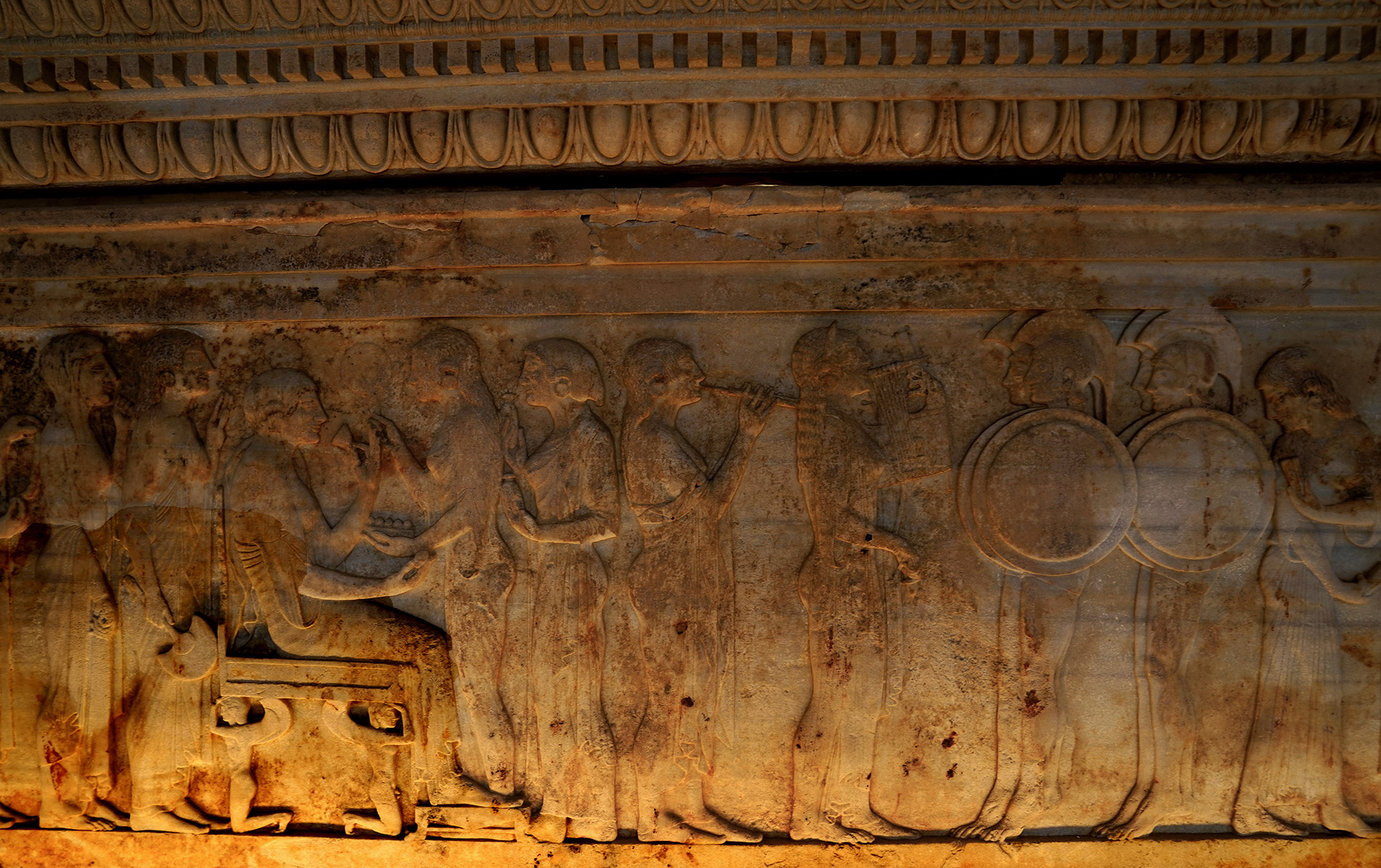 …and (left of picture) the solemn exhaustion of Polyxena's seated mother, Queen Hecuba 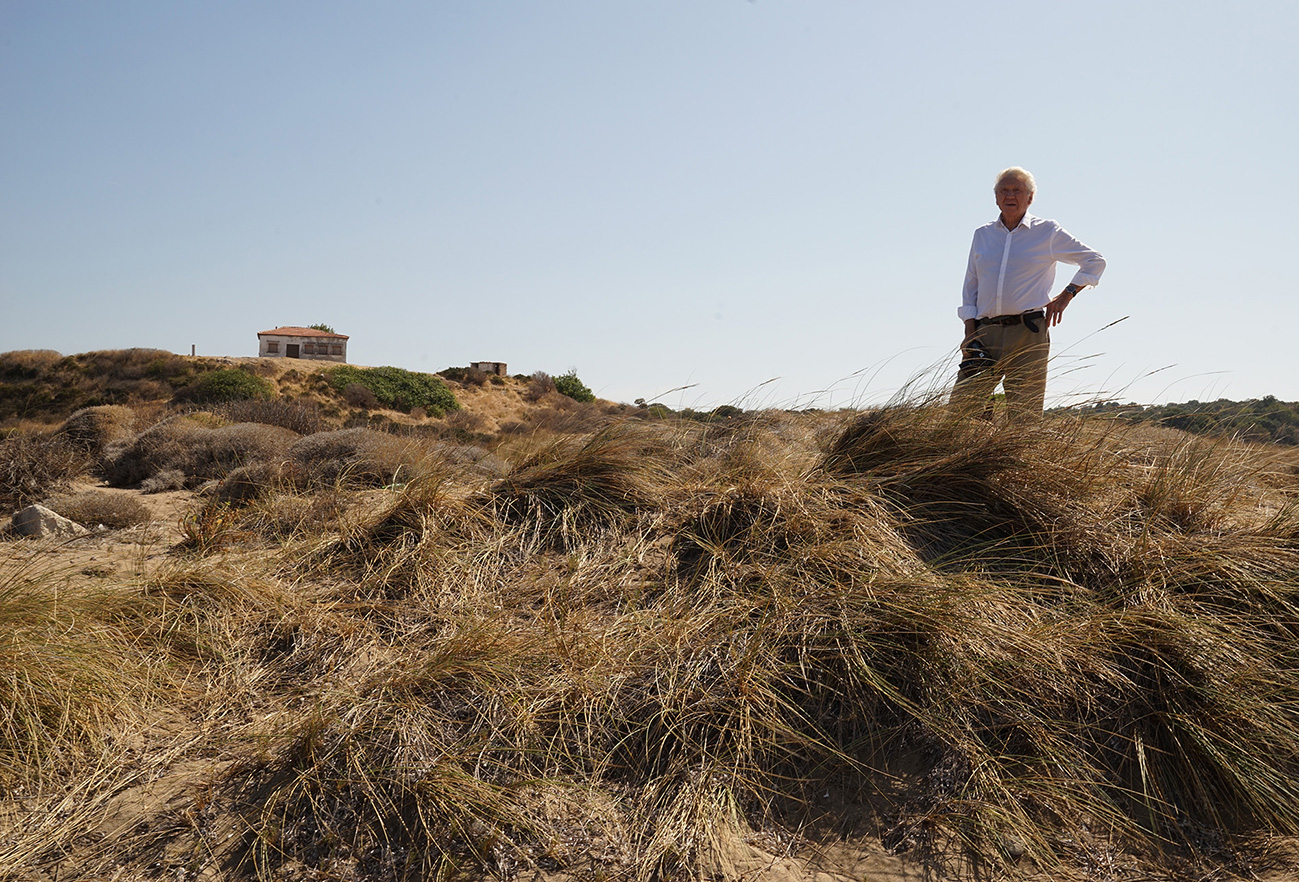 Don taking a breather on the fabled plane of Troy, looking out to sea over to Bozcaada (ancient Tenedos) 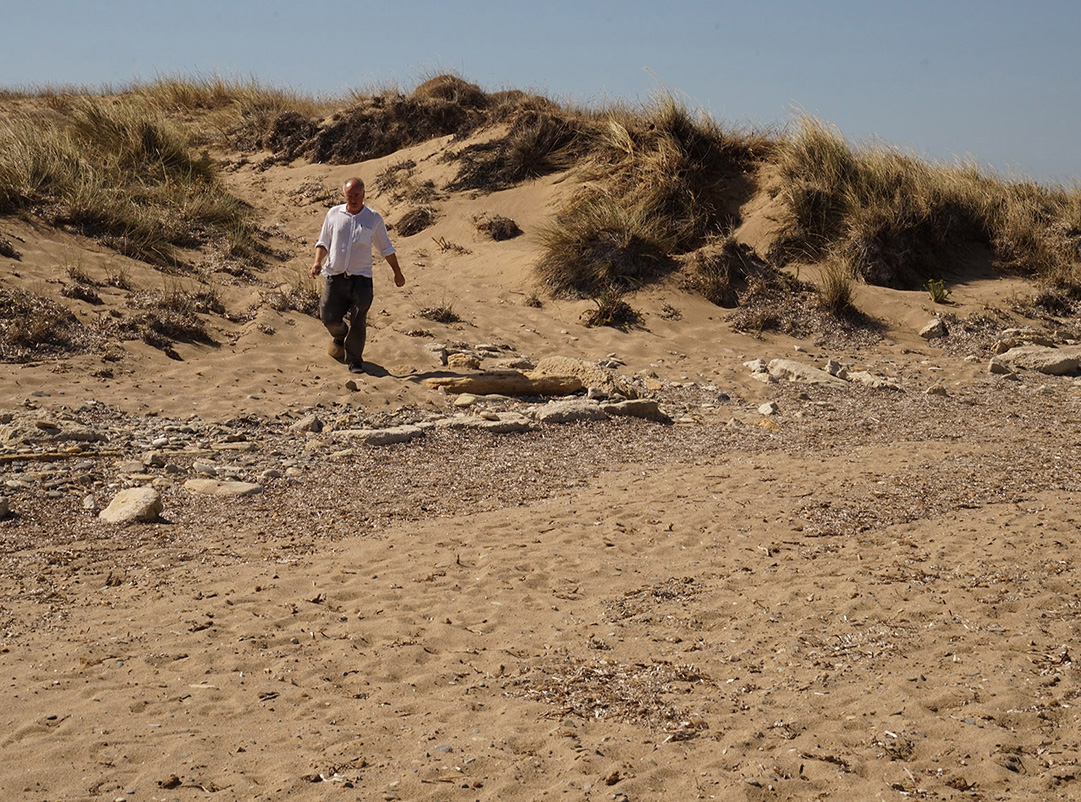 Barnaby returns from one of his solo excursions, before jumping into the sea for a pre-lunch swim. In his article, he writes: ‘On the shore we found moody, tide-washed marble columns from the old harbour, twice passed through by St Paul on his missionary journeys. His letters read like a factual travel diary when you are in this region’ 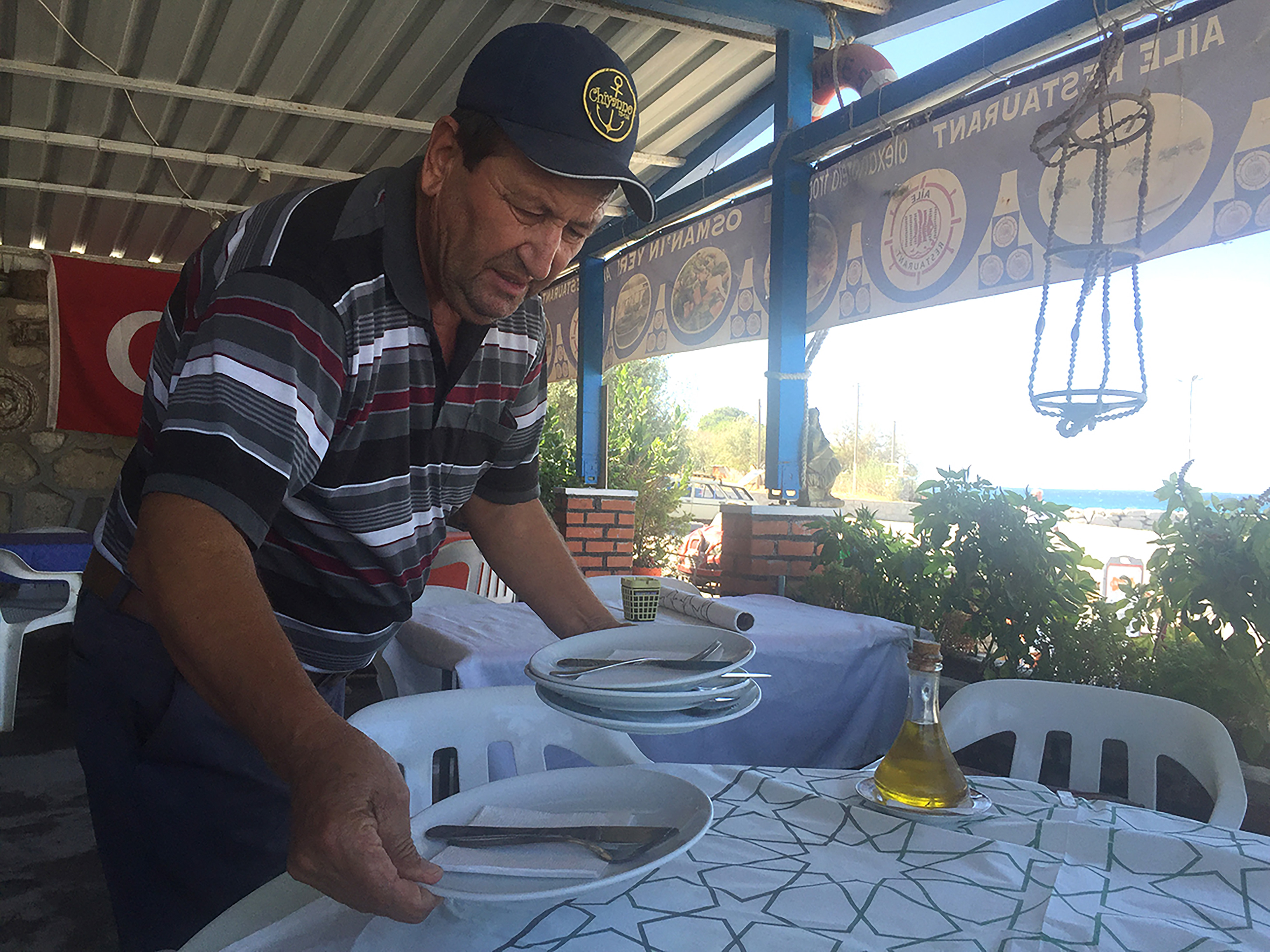 Setting up for the best fish lunch by the sea 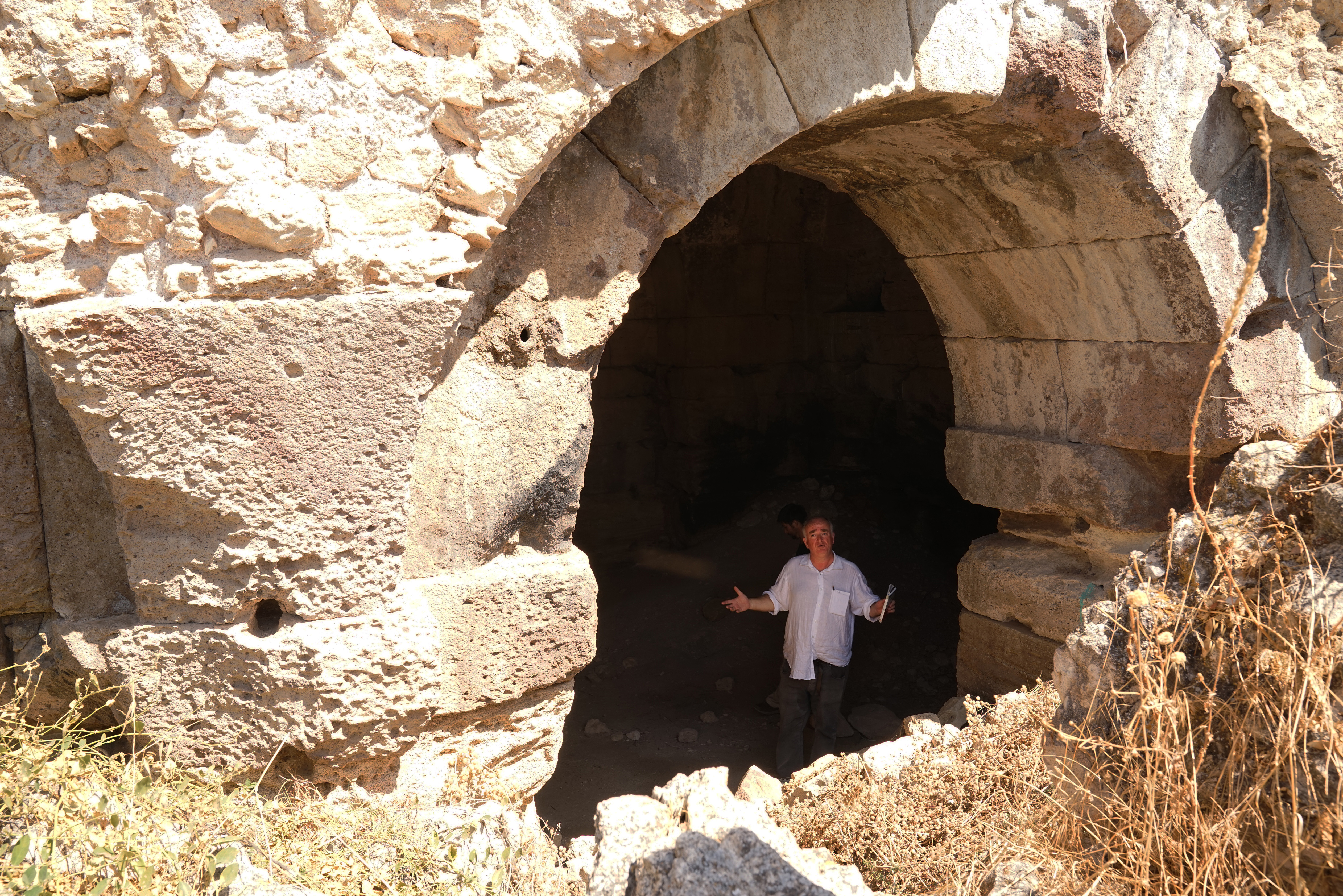 On to Alexandria Troas, where as he steps down into these ancient baths, Barnaby cannot resist reciting the lines of the Persian poem quoted by Mehmed the Conqueror as he entered the newly conquered city of the Byzantine Emperors:

The spider weaves the curtains in the palace of the Caesars;
The owl calls the watches in the towers of Afrasiab. 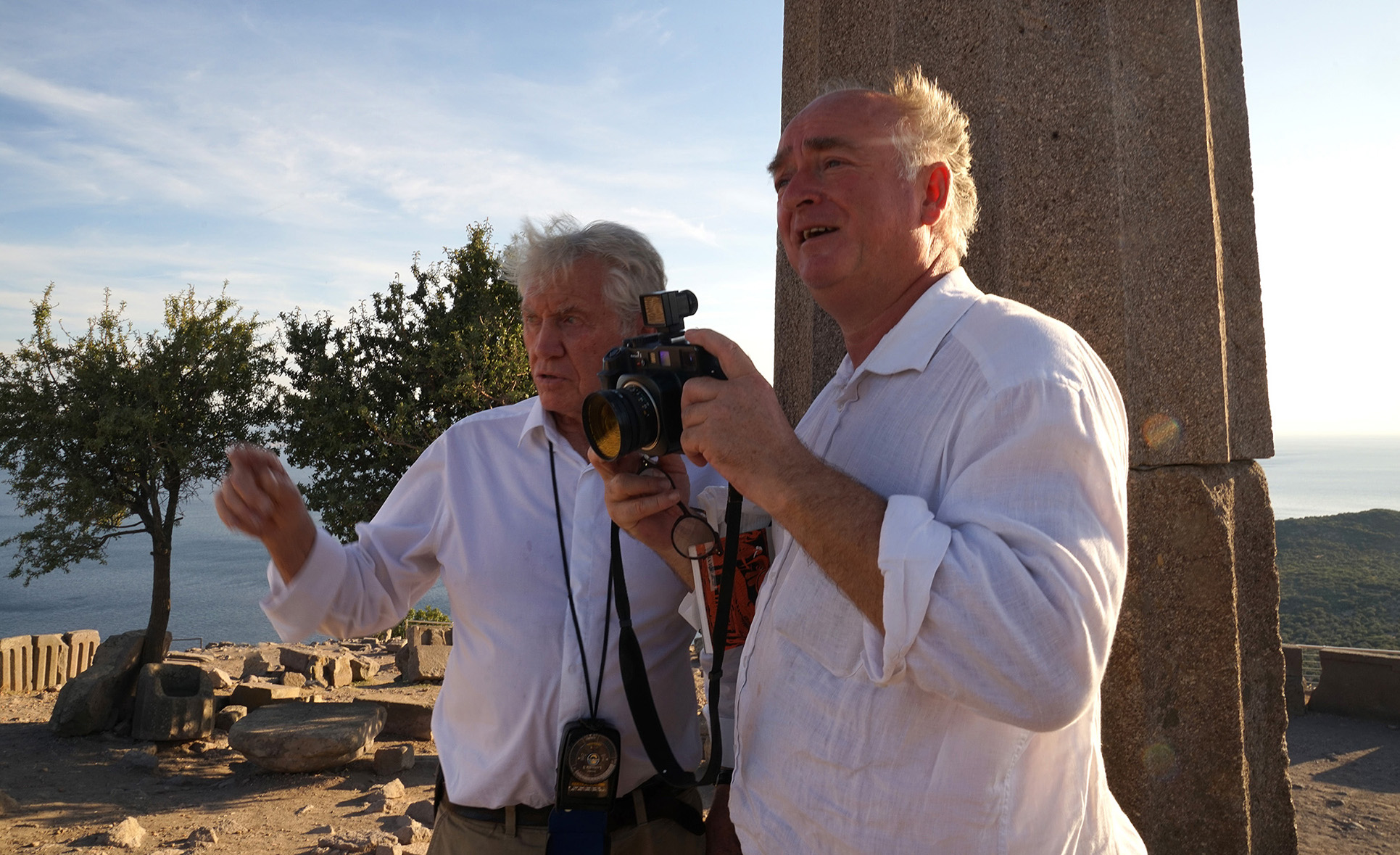 At Assos, waiting for the shadows to lengthen 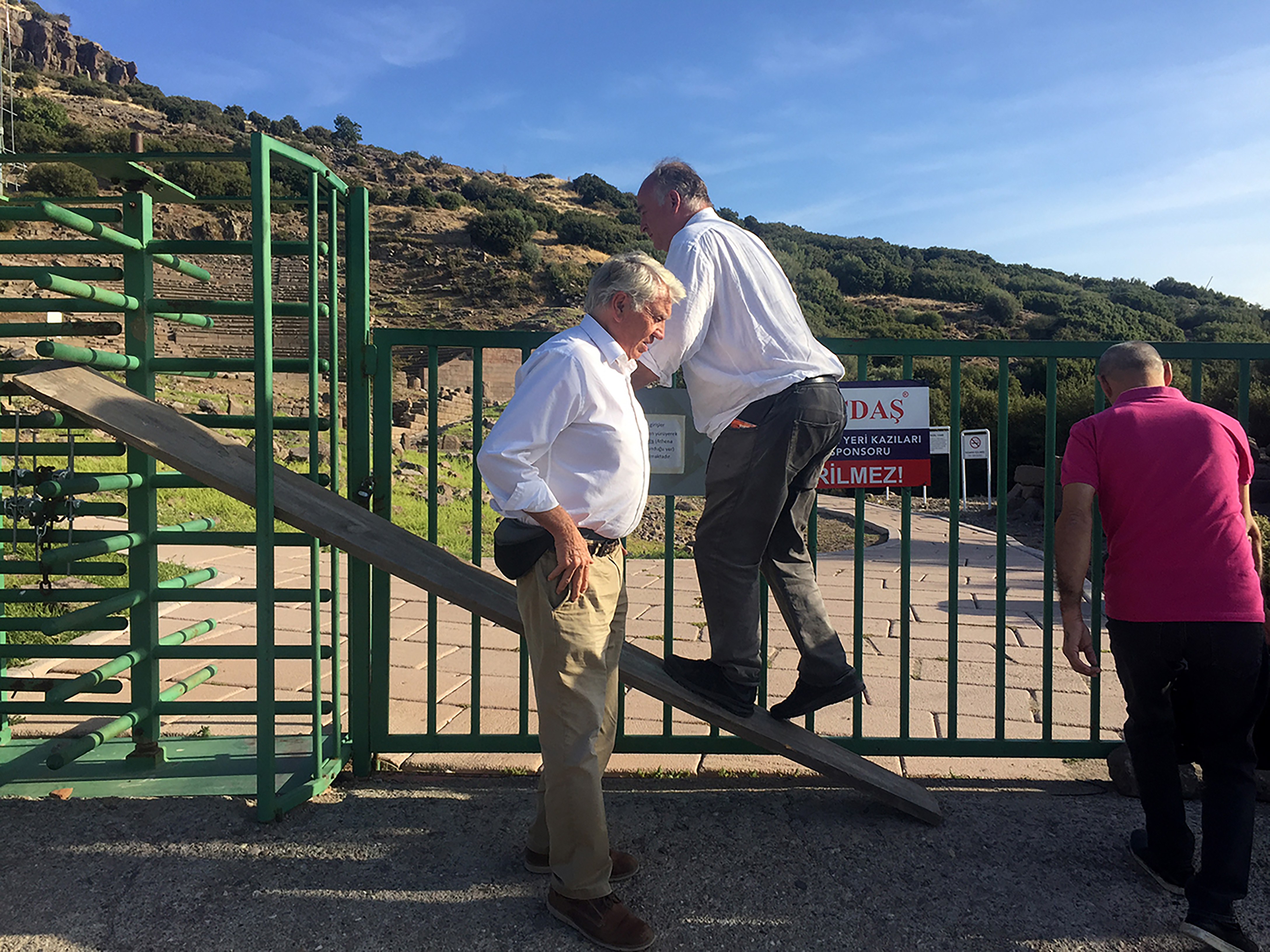 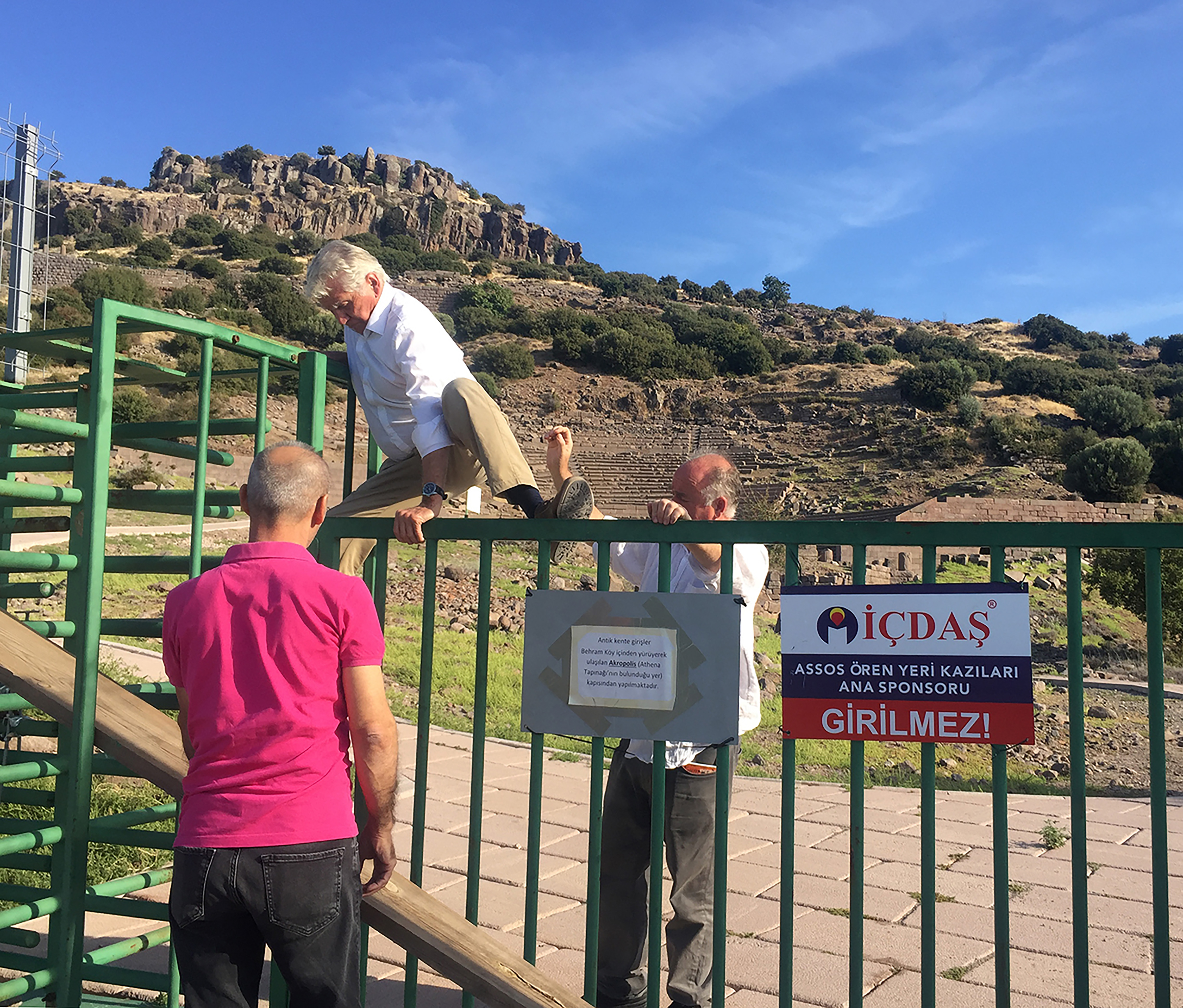 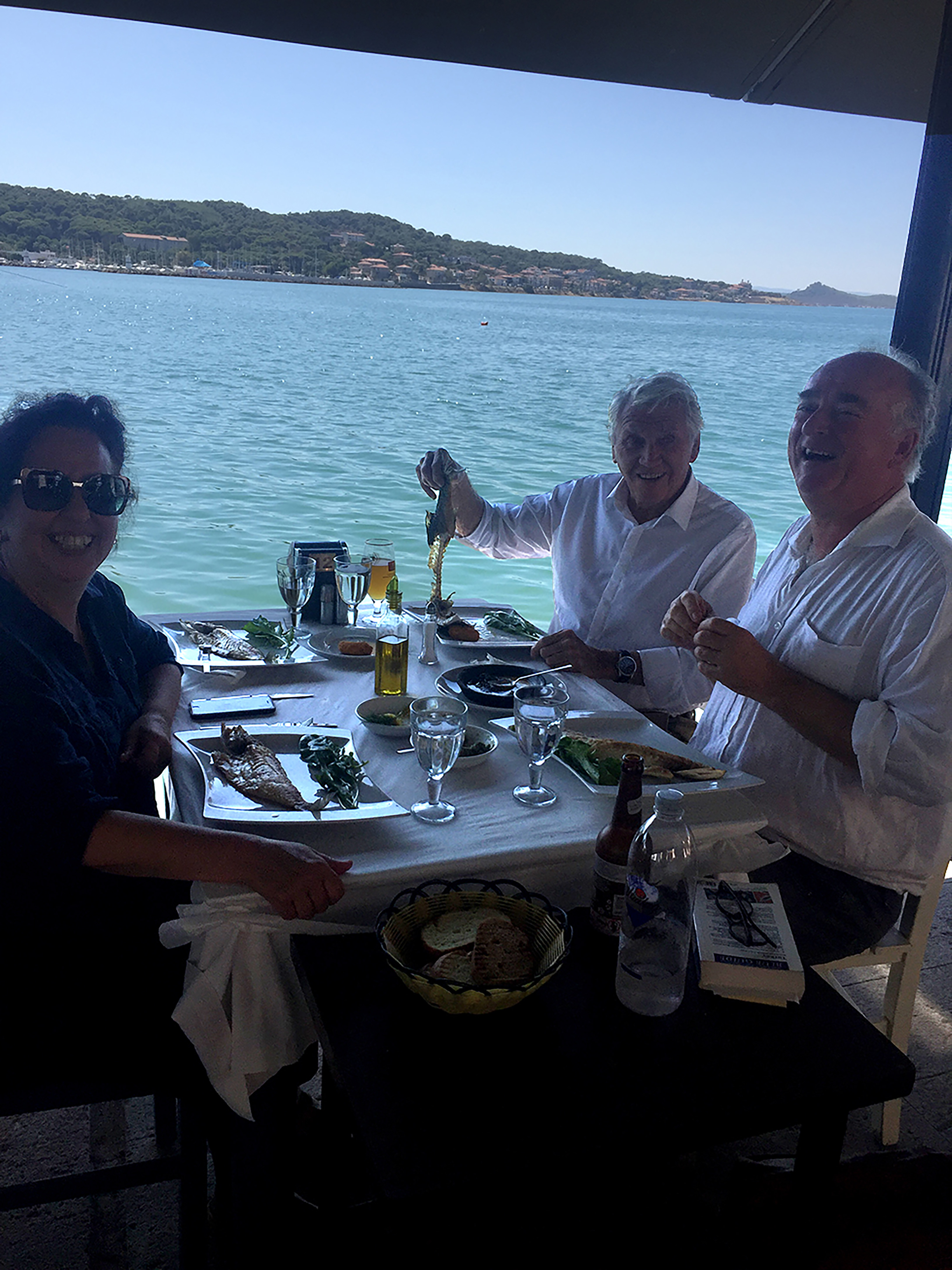 Glorious Ayvalık off-season (with Monica Fritz on the left) 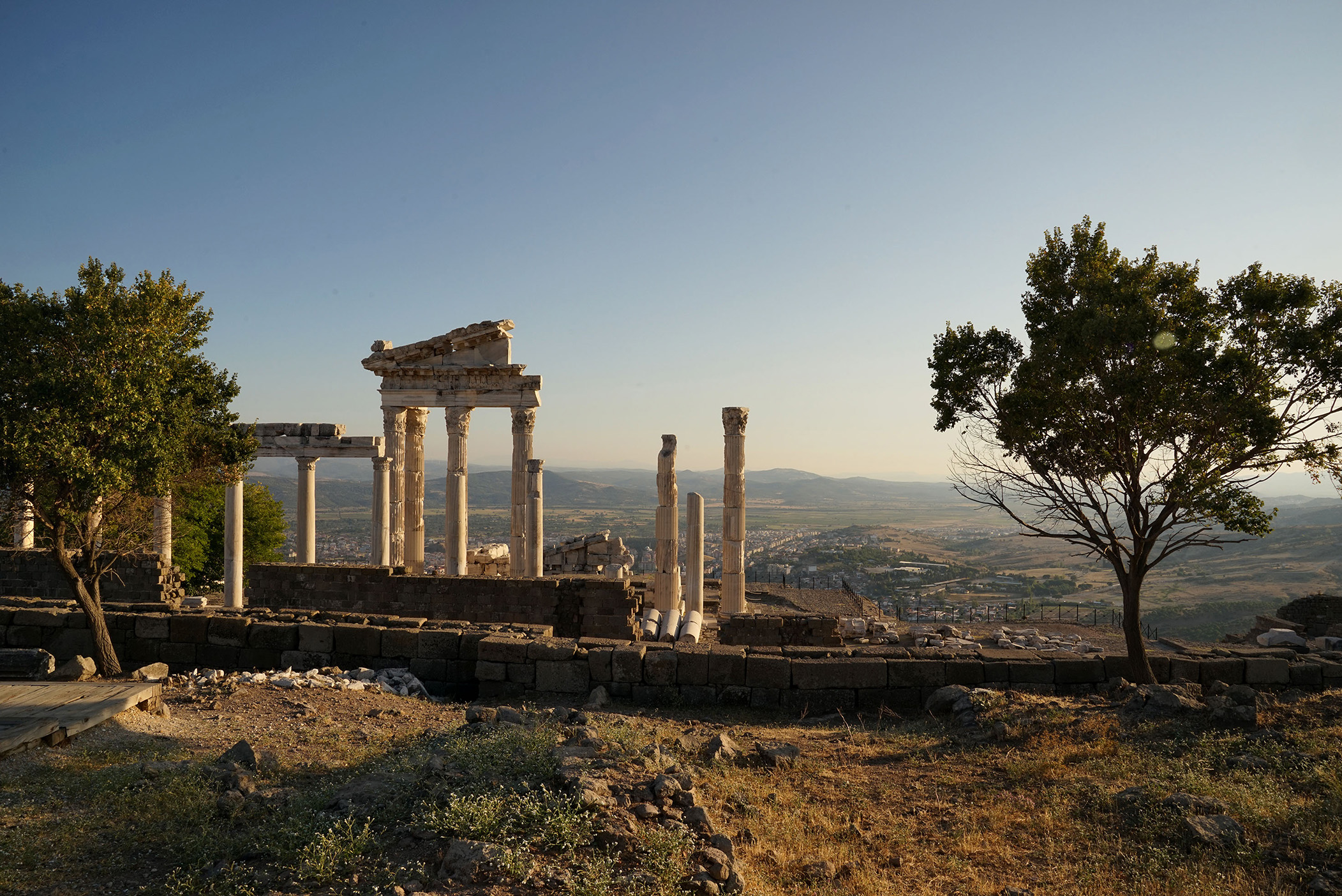 Pergamon: the Temple of Trajan (2nd century AD), at the centre of the acropolis. The old town of Bergama lies far below 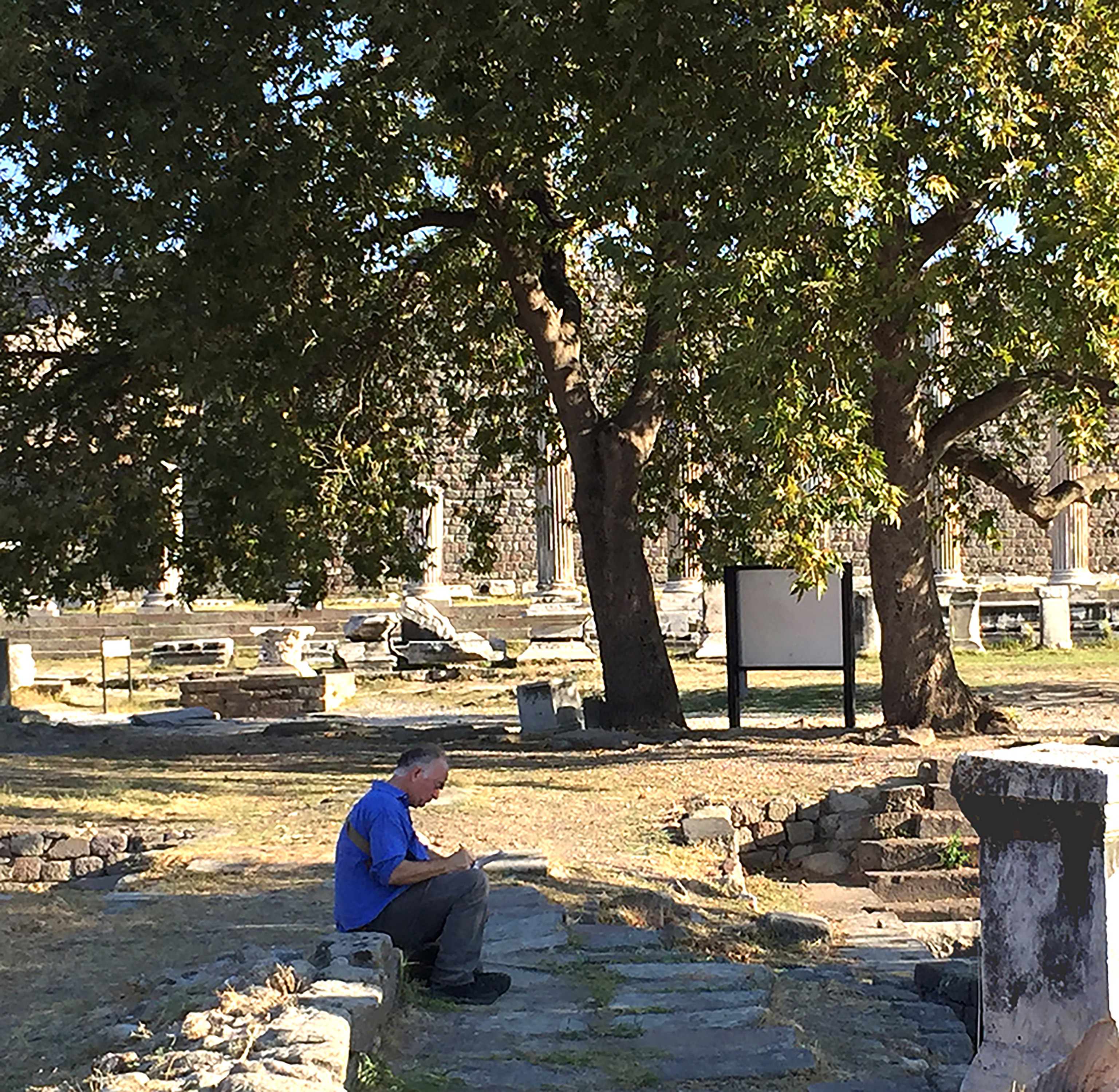 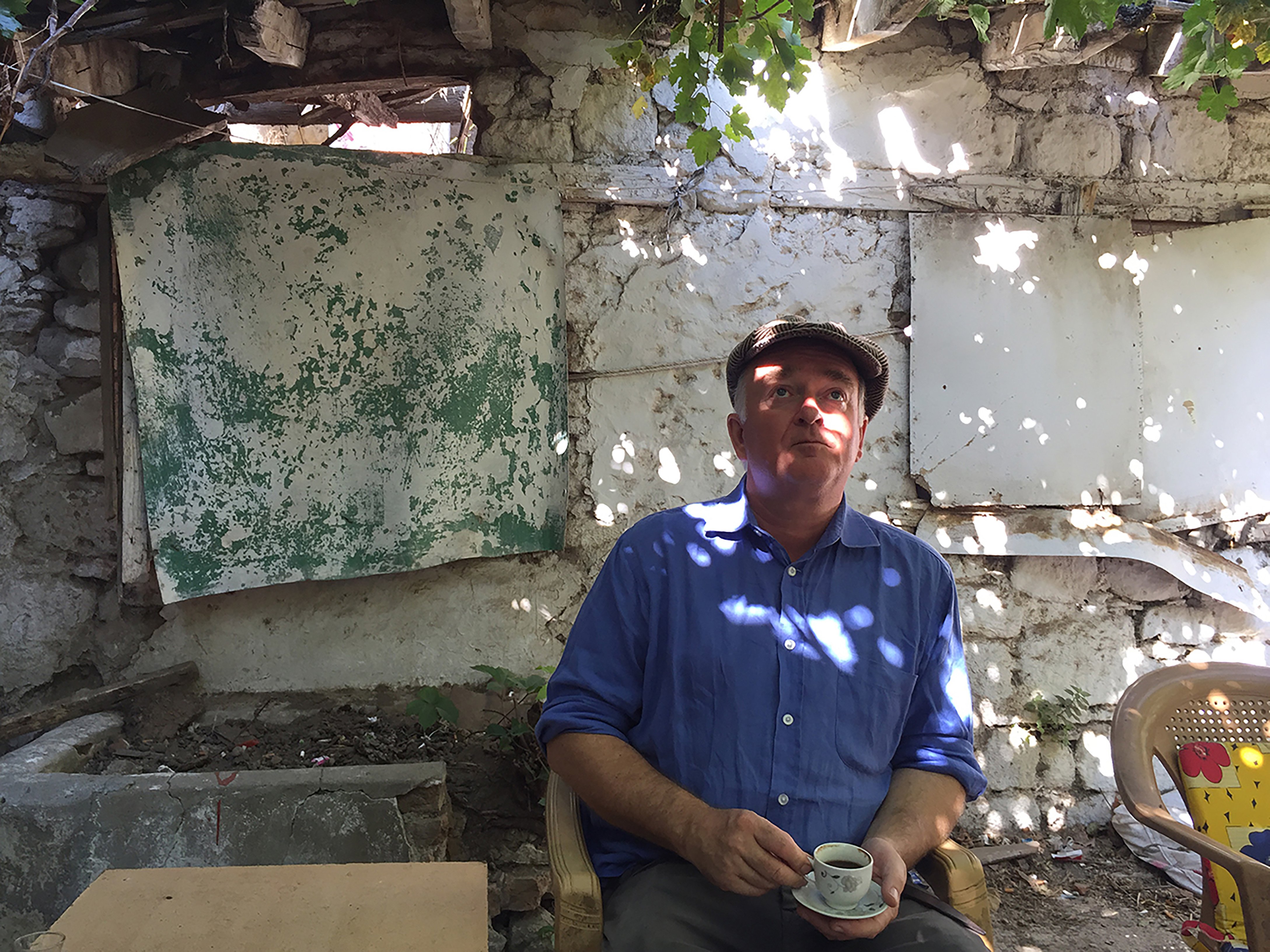 … enjoying the afternoon light in a café in old Bergama 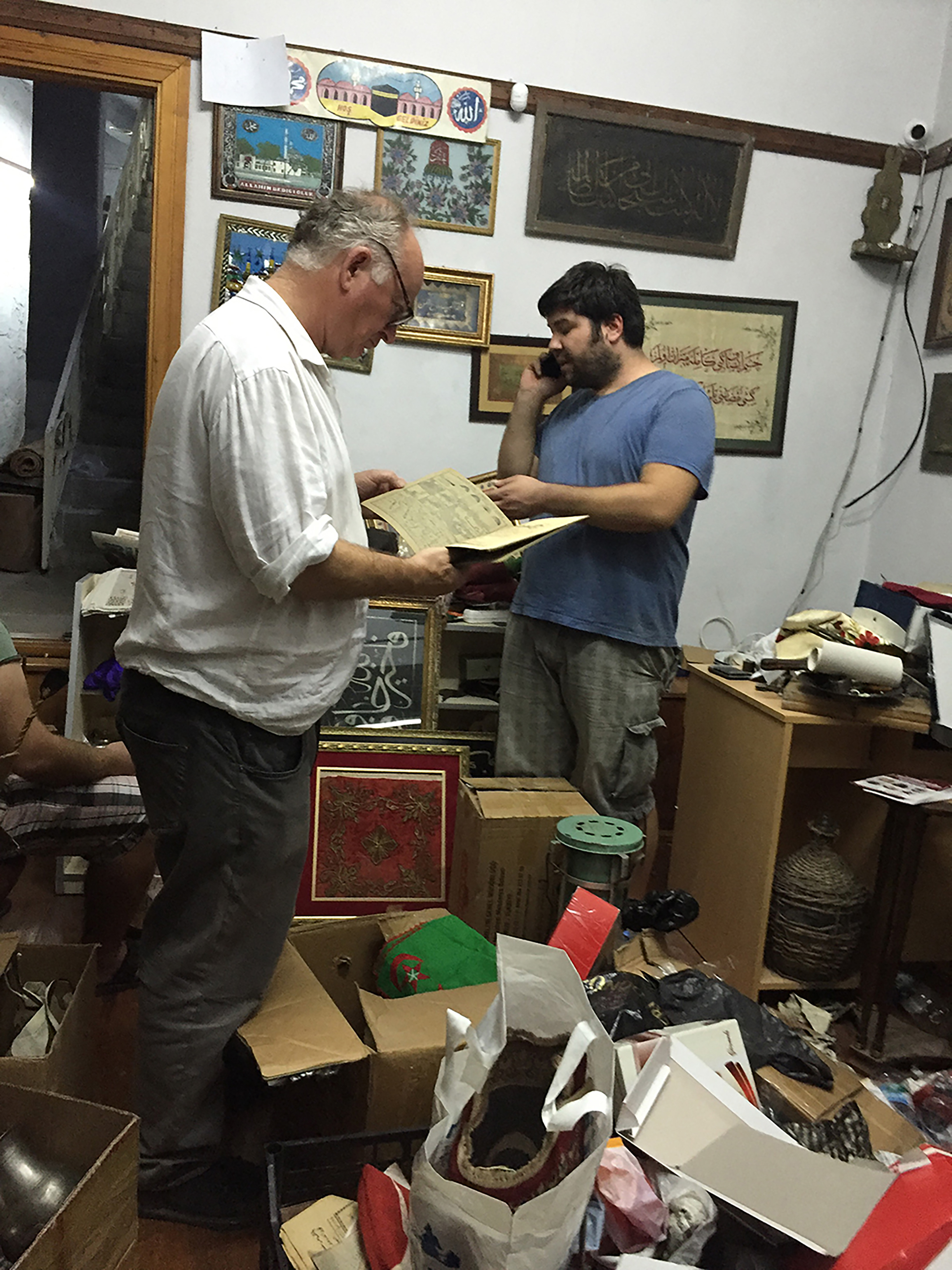 … and rummaging through a Bergama antiques shop 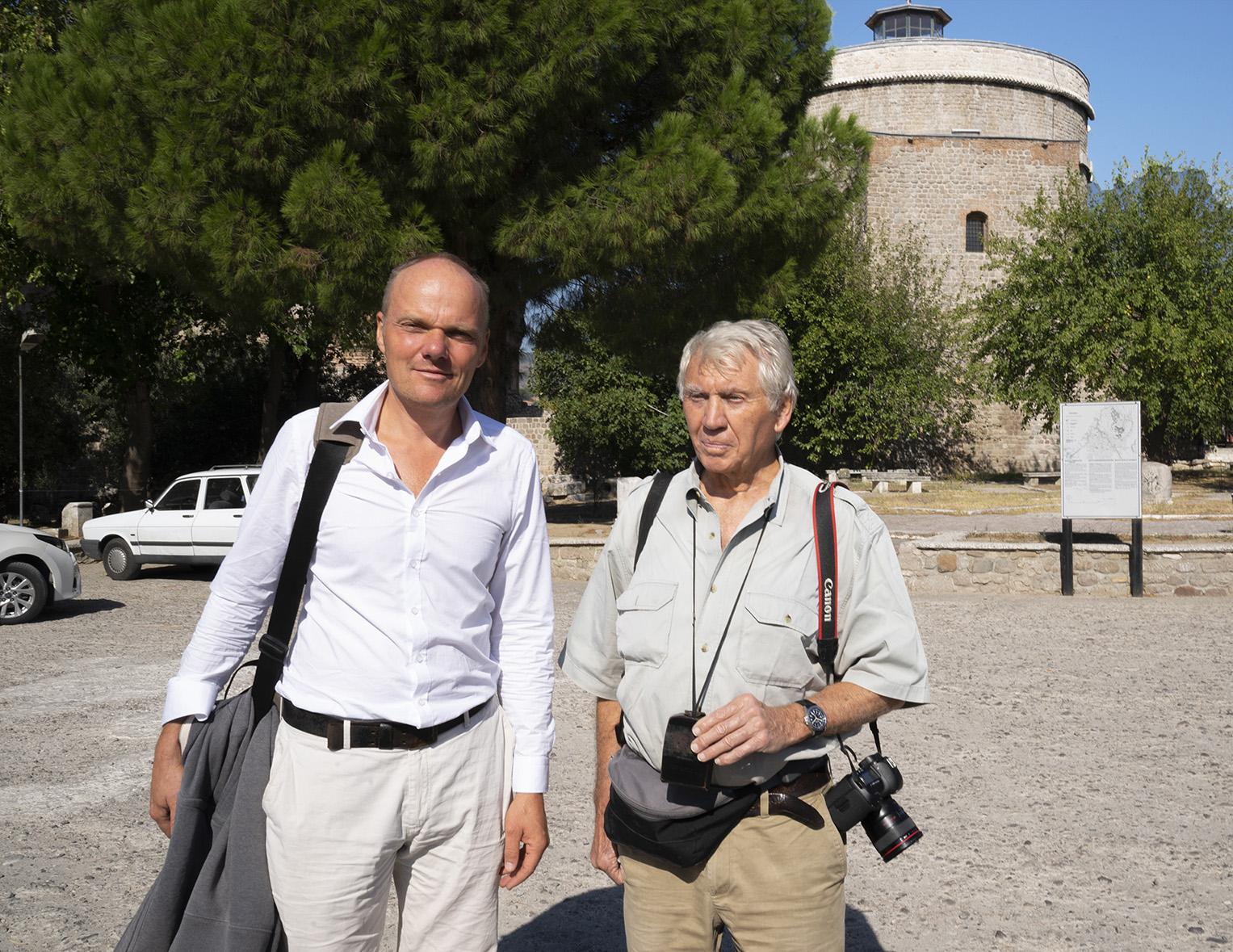 Don with our gracious host in Pergamon, Ulrich Mania, from the Istanbhul German Archeological Institute, who provided invaluable help with the story from start to finish. Behind them is one of the towers of the Red House 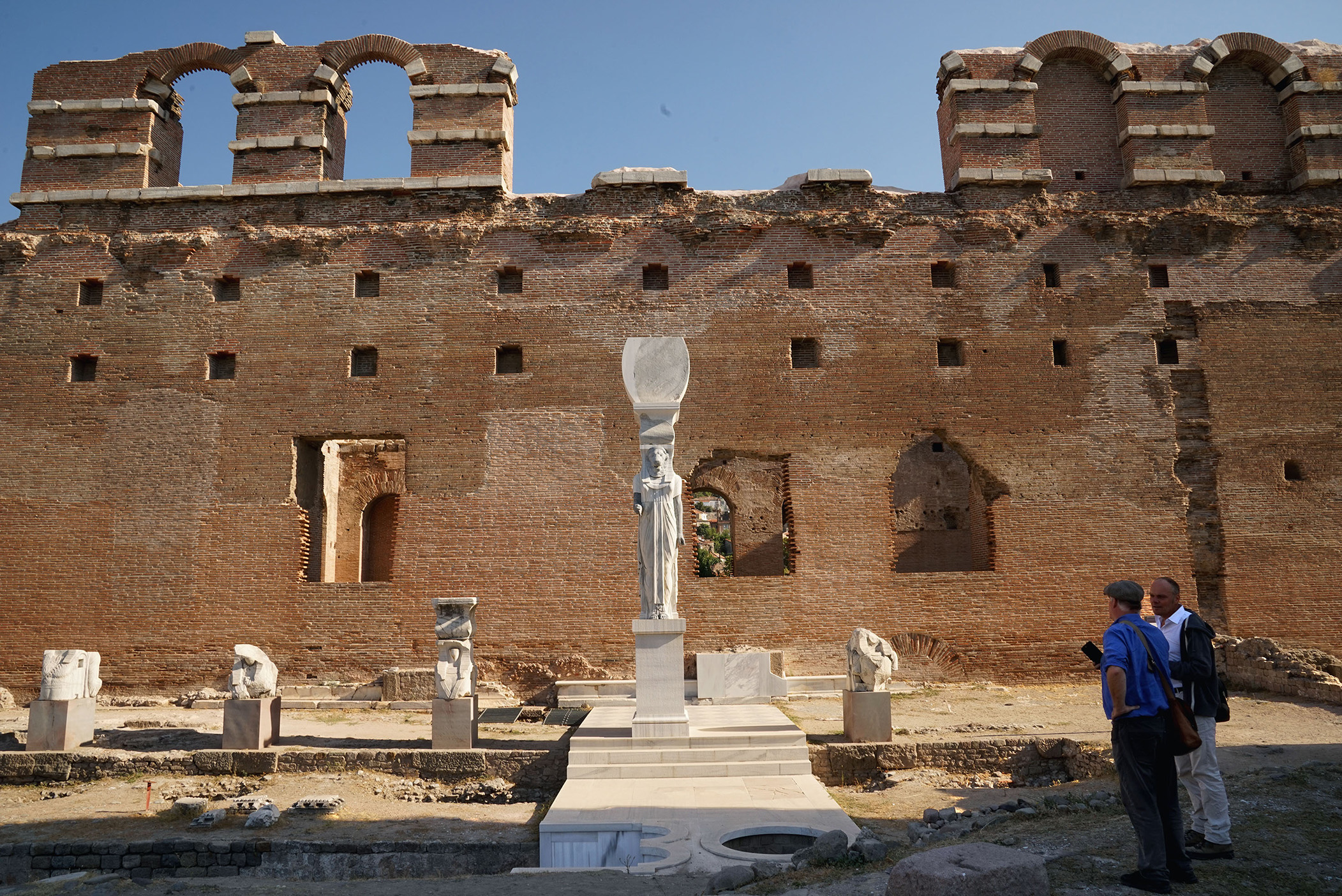 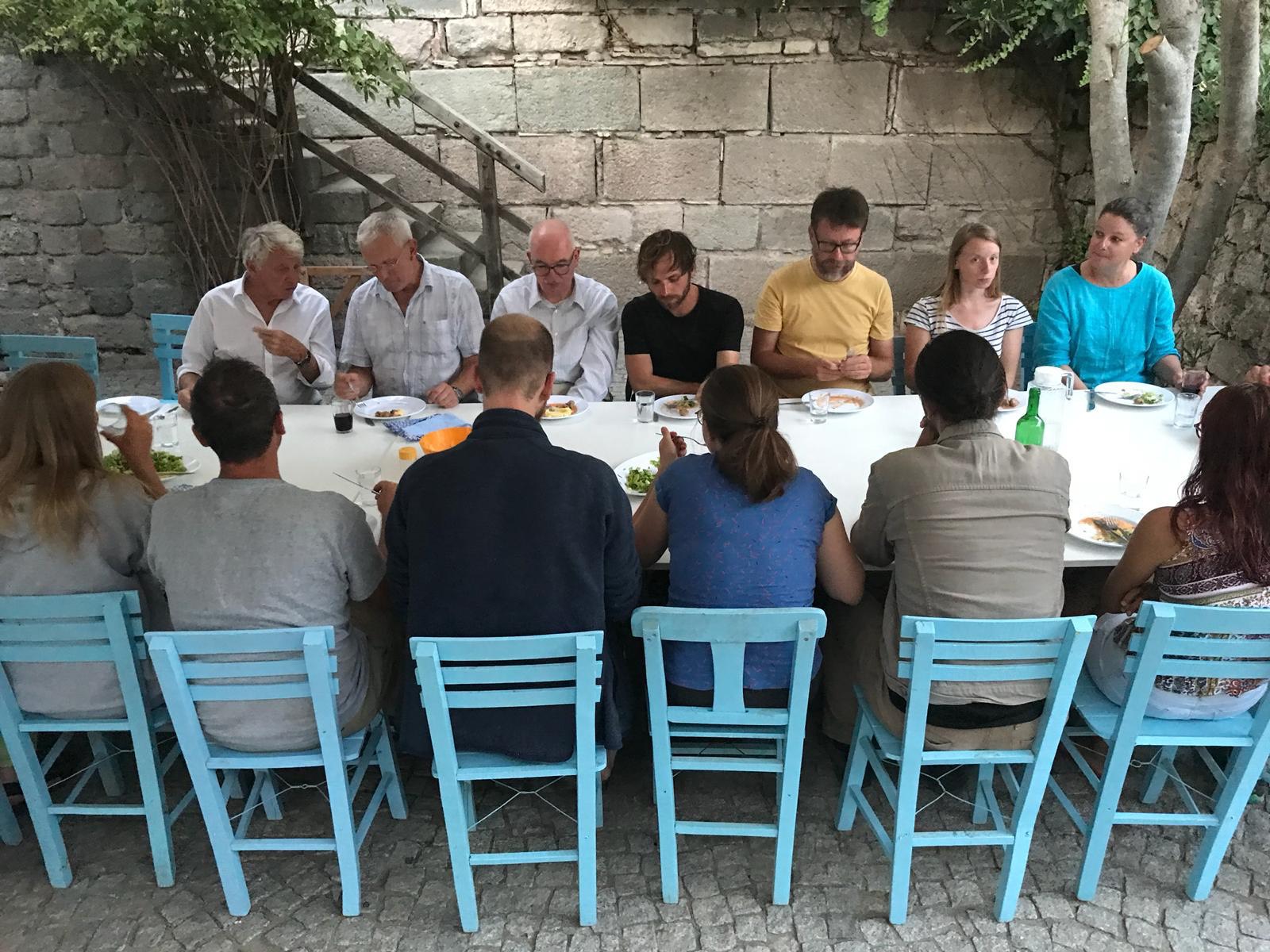 After a long day under the sun among the ruins of Pergamon, we happily accept an invitation to a wonderful meal at the dig house. There couldn’t be a more perfect ending to the day 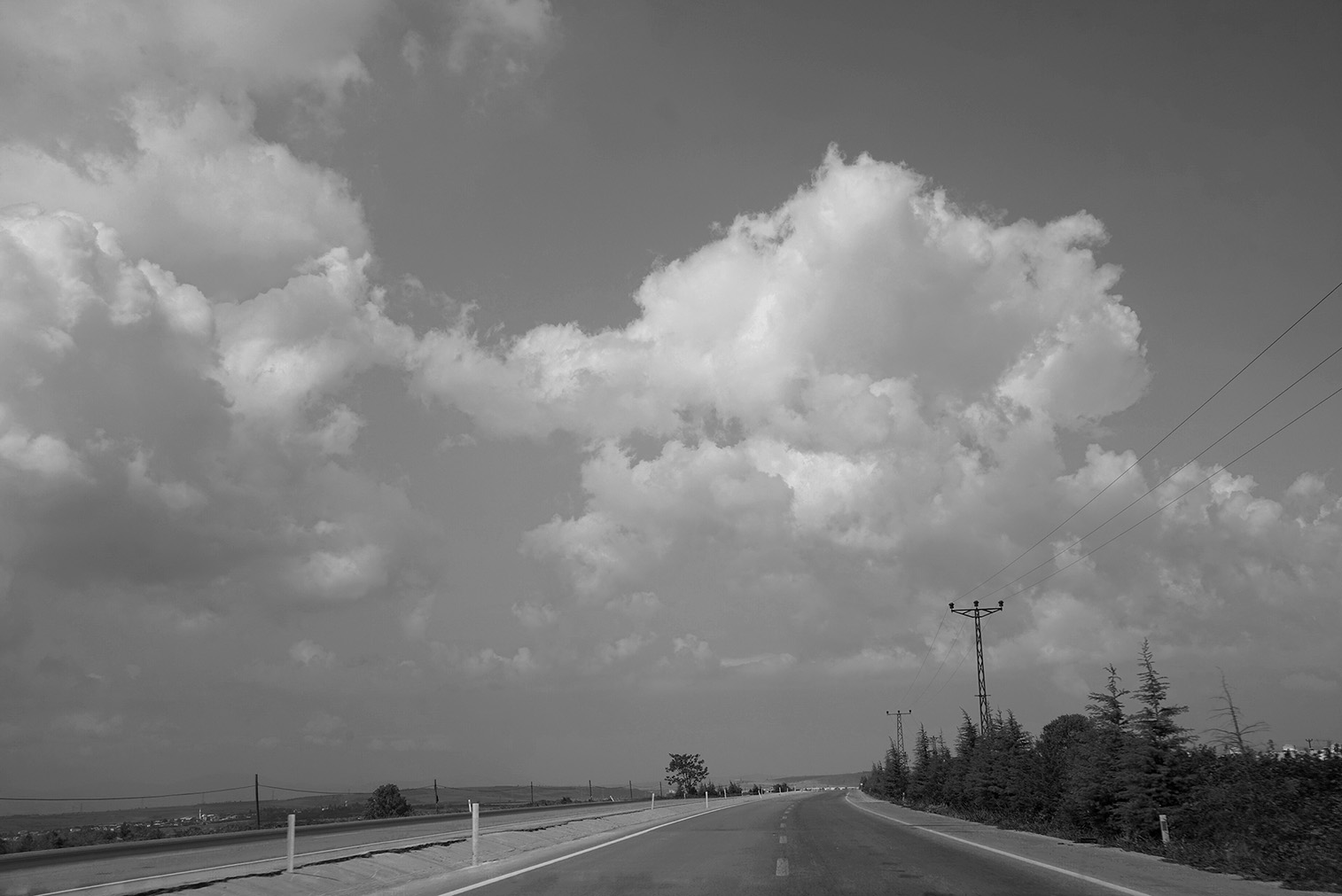 More beautiful clouds on the road back to Istanbul

With luck, the journey will contiue in October 2020. Luck, of course, being the operative word.

To read The Road to Pergamon, by Barnaby Rogerson, subscribers click here