The best pianist in the world?

If you ask Chick Corea, it's Aydın Esen 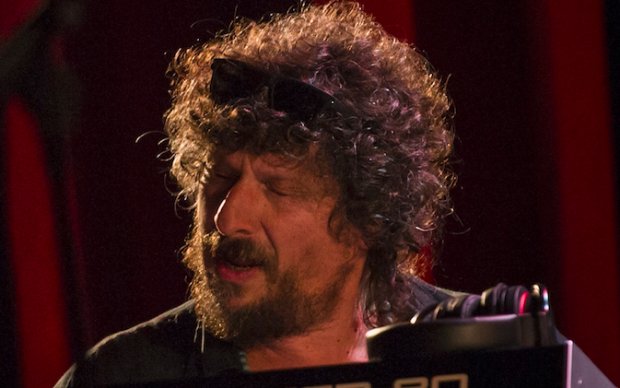 There are some concerts – not many, just a few – that leave you with a feeling of euphoria, allowing you to forget everything that makes life a burden for just a few precious hours. The concert by the jazz pianist and composer Aydın Esen and his group on Friday, July 5 was just such an occasion. I believe that Mr Esen, educated at Berklee College of Music, New England Conservatory of Music and The Juilliard School, now resides in the United States, where he is highly respected – and deservedly so. His playing was, in a word, fantastic. In five words, it took my breath away. In 2000, JazzTimes magazine asked Chick Corea: ‘Who do you think is the best pianist in the world?’ The answer: ‘Maybe most of you don’t know him, but he is a Turkish guy – Aydın Esen.’

The concert took place at the UNIQ Concert Hall on the long, steep hill between Maslak and Ayazağa, north of the city. My previous visit to this venue was a year and a half ago, when I saw the singer Şevval Sam perform in Müzeyyen Müzikali. This was a musical recreation of the life of Müzeyyen Senar (1918–2015), a singer of Turkish classical music who was known as ‘the diva of the Republican era’ and sang in the presence of Atatürk five times between 1936 and 1938. Ms Sam gave what must have been an incredibly exhausting two-and-a-half-hour solo performance. Ably accompanied by an assemblage of musicians playing Turkish traditional instruments behind a gauze screen, she sang a large number of Müzeyyen Senar’s songs, interspersed with dramatic re-enactments of events in her life. On a later occasion when we ran into each other outside the Zorlu Center before a concert, Ms Sam told me that these marathons did not tire her at all. In fact, she relished them as she loved the music so much.

From Aydın Esen and his group I got a huge injection of joie de vivre. The auditorium was half- empty, but oddly, perhaps, this is often the case with outstanding jazz performances. When 7.30 came around I was amazed to see the musicians come on stage and start playing – on time! In Turkey it is absolutely unheard of for a jazz concert to start on the dot – it must have been the New York influence. In addition to a grand piano (which I suspect had electronics, rather than strings, inside it), Mr Esen had an array of four keyboards stacked around him. On the opposite side of the stage was the drummer Tommy Campbell, and between the two stood the bass guitarist Greg Jones.

We are currently in a season of planetary retrogrades: if a planet is in ‘retrograde motion’, it appears to be moving backwards through the sky when seen from Earth’s perspective (but not in reality, of course). A Mercury retrograde, astrologers tell us, brings confusions, misunderstandings and miscommunications of every kind. In fact, not only Mercury but also Jupiter, Saturn, Neptune and Pluto are retrograde. So I will mirror the general planetary about-face by beginning not with an account of the concert on July 5 but with some YouTube videos of Aydın Esen’s past performances. First, a piece entitled Beauty, in which he is playing with Peter Herbert and Selahattin C Kozlu:

Listen to it, if you can, in the shower or the bathtub after a sweaty day in the city, and investigate its chillography. If this song appeals to you, note that the rest of the songs on the album are also available on YouTube. Next, Speak Without Words, from the album Timescape. The title may or may not be a reference to Felix Mendelssohn’s Lieder ohne Worte (‘Songs without Words’), an album of piano pieces published in the 1830s and 1840s:

For the moment, back to Mendelssohn. In an 1842 letter to a correspondent about the composition of Lieder ohne Worte, he said the following:
People often complain that music is too uncertain in its meaning, that what they should be thinking as they hear it is unclear, whereas everyone understands words. With me it is exactly the reverse, and not only in the context of an entire speech, but also with individual words. These, too, seem to me so uncertain, so vague, so easily misunderstood in comparison to genuine music that fills the soul with a thousand things better than words. The thoughts expressed to me by the music I love are not too indefinite to be put into words, but on the contrary too definite.

To me, part of Aydın Esen’s genius lies in the fact that the emotions he communicates in his music are immediately understandable. There is a quality of sureness in his self-expression that must surely be something to do with his fixed-earth Taurus sun and the rulership of Venus in that sign (Venus is emotional, and Taureans are definite).

Marvel at (in other words, dig) the chords in this next piece, an improvisation. How on earth does he make those atonal passages sound so melodic? His musical gifts are staggering, as a young fan with excellent taste confirms near the beginning of the video:

Taureans are heavily into physicality, and Aydın Esen’s mouth makes pouting gestures as he plays. There might be some Gemini in him, too, since he has no trouble playing the piano with his left hand and a keyboard with his right – simultaneously, and in contrasting rhythms – in the same way as those born under the sign of the Twins can keep two conversations on the go at the same time.

After a few instrumental numbers, his wife (whom he calls ‘Randy K’) came onto the stage, and it took about 30 seconds for me to realise that Mr Esen is a sinfully good accompanist, too. In the next video, the couple are performing in Kosovo. The percussionist may not be having a particularly good day, but nevertheless this recording should give you some idea of what can happen when the two Esens combine their talents. That modified dominant-seventh chord he opens with goes on to have some amazing adventures:

Greg Jones, the bass player for the concert on July 5, was admirably unobtrusive, and somehow found bass lines that formed entirely appropriate underpinnings to the pianist’s highly unconventional chords – which sometimes seemed to be combinations of two similar but subtly different ones, and sometimes to have no observable harmonic basis whatsoever – as well as producing space-holding counterbalances to the pianist’s flights of fancy in the upper register. Mr Jones accomplished the rare feat of shooting in the dark, musically speaking, without upsetting the harmonic apple-cart. (By the way, don’t search for ‘Greg Jones’ videos on YouTube, whatever you do: he has a namesake whose music I really cannot recommend.)

Drummer Tommy Campbell, too, gave a star performance, practising his art with energy and commitment. Towards the end of the concert  he turned to the instrument case at his side and started pressing down on the brown cloth that covered it. This action produced some squeaky, squealy, honky noises. On closer inspection, I noticed that there was an array of objects under the cloth. Then he removed it, to reveal a row of plastic toys – chickens, ducks and pigs – that he proceeded to squeeze and prod, causing them to emit noises that were either reminiscent of a flatulent farmyard on a Saturday night, if you see what I mean, or just plain rude. Then he lined up a few of the creatures to create a bestial cacophony that had the audience (and me) rolling in the aisles. Here is a video of Tommy Campbell at work in Moscow:

Sorry, but I just can’t get enough of this new form of paramusical entertainment. In the next video, he is provoking hilarity at Gin Fizz, a live-music lounge bar in Harlem:

And now, for serious percussion freaks, here is a drum solo by Mr Campbell in Budapest, where he is playing with Atilla László and friends. As you will have realised by now, the plastic alligator sandwiched between the cymbals is, in his terms, nothing unusual:

I felt uplifted at the end of the Aydın Esen concert, but in obedience to William Blake’s admonition (in his poem Eternity), I will express my heartfelt gratitude to a superlative musician – and say no more about it:

He who binds to himself a joy
Does the wingèd life destroy
He who kisses the joy as it flies
Lives in eternity’s sunrise.