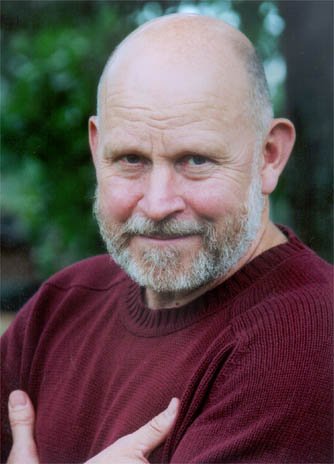 On June 27, a concert by the Borusan Quartet that had been recorded on March 31 was put online. In the interests of speed, I will review this concert only briefly, as any delay in getting my piece to the readers of Cornucopia may result in disappointment: the recording may be taken off the website at any moment. Suffice it to say that the Borusan Quartet gave a superb performance of the contemporary Latvian composer Pēteris Vasks’ String Quartet No 4. This was followed by a piece by the famed Turkish pianist Fazıl Say entitled Boşanma (‘Divorce’). In order to access the concert, you will first need to sign in to borusansanat.tv:

Of Vasks’ String Quartet No 4, Jean-Yves Duperron has this to say on the Classical Music Sentinel website:

This Fourth String Quartet was commissioned for the Kronos Quartet. It was written in 1999, and premiered in May of 2000. It is a work that perfectly encapsulates the 20th century… It speaks with a universal language that transcends time and style, and reveals its emotional content and spiritual message very clearly… A wonderful example of a modern piece of music that does not try to be different to impress, but does impress by being familiar.

The composer himself describes the quartet in these words:

There has been so much bloodshed and destruction, and yet love’s power and idealism have helped to keep the world in balance. I wanted to speak of these things in my new quartet; not from the sidelines, but with direct emotion and sensitivity.

Music critic Robert Levine, for his part, contributes these remarks:

… in this, his fourth quartet, we are taken through a myriad of feelings. [Vasks’] music is always intense, and he knows how to build to a climax, relax, and return the listener to a heightened awareness of drama... His meditative moments will remind listeners of Arvo Pärt; his disruptive passages bring Shostakovitch to mind. But the textures … are uniquely Vasks’, and when, at the work’s conclusion, after a return to the folk melody of the first movement, the strings fly up to their highest registers and simply disappear into the ethos, the effect is magical and, somehow, comforting.

To my mind, Vasks’ music is a perfect illustration of the fact that in order to compose good modern music, one does not need to resort to gimmicks and special effects, or indeed to stray very far from conventional tonality. The String Quartet No 4 has a religious fervour that sometimes borders on the medieval (considering Vasks’ religious background, this is no surprise), but there is no fanaticism – just the easily-communicated passion of a man who is deeply affected by war, destruction and ecological disaster, causing him to wonder if it all means something.

Pēteris Vasks is to be honoured with a Lifelong Achievement Award on September 6, during the forthcoming 49th İKSV Istanbul Music Festival. The following Wikipedia entry gives you his biographical details:
https://en.wikipedia.org/wiki/Pēteris_Vasks

And so to the piece itself. The String Quartet No 4 has four movements: I Elegy; II Toccata 1; III Chorale; IV Toccata 2; V Meditation. In the first movement there are lots of trills, glissandi (that is, ‘slidings up and down’) and tremolos (‘tremblings’). The harmonies are quite medieval in flavour, and the ending is a sudden cut-off. The second movement (Toccata 1, which begins at 08:35 in the Borusan performance) has a strong, driving rhythm that reminds me of Shostakovich’s quartets. The Chorale third movement (11:42) slowly works itself up into an intensity of passion; it is far more emotional than the traditional chorale, and there is no shortage of excitement. This is followed by Toccata 2 (18:50), which like the first Toccata is strongly rhythmical. This highly dramatic movement ends with a passage that is almost manic, and in which glissandi figure prominently.

Jean-Yves Duperron has this to say of Meditation (23:59), the fifth movement:

Meditation… is built around a long and plaintive song by the violin, soaring high above the other instruments, while they seem to be singing together as a choir, creating a perfect background to the violin’s prayer. At the end, the music returns to the silence from which it came.

The meditative calm is interrupted by some weirdness from the first violin in the high register at 27:18. This is followed by air-raid-siren glissandi from the second violin at 28:26. The playing from this point onwards – especially after the cello comes to prominence at 30:27 – is a real treat: the whole quartet surpasses itself here. String sound as wonderful as this is rarely heard.

From the sublime to… Fazıl Say. My views on this person’s compositions are well known to readers of this blog. I have to admit, however, that in his Boşanma (‘Divorce’), he appears to have learnt some new techniques, not to say a lot of new chords. But he still has not begun to exploit his material as a composer should. He occasionally has good ideas, but they are not followed up. In brief, Mr Say needs a course in thematic development. In view of the fact that he is a first-class interpreter of Beethoven’s piano music, one might have hoped that by now he would have cast an eye over the methods by which classical composers such as Beethoven build a whole piece out of a single phrase. Anyway, there is still time for this epiphany to occur.

But let us change the subject: for the biographical background to the composition of Boşanma (‘Divorce’), the reader is advised to listen to the Pre-Talk in which Ms Nisan Ak interviews the members of the Borusan Quartet.

The Allegro maestoso first movement of Boşanma begins at 34:42. Rhythm is one of the strong points of Fazıl Say’s compositions – perhaps, indeed, the strongest – and this movement is marked by violent rhythm, lots of special effects, and some super-energetic spiccato (this being a technique in which the string player ‘bounces’ the bow off the strings).

In the Andante second movement (40:01) there is a sudden change of tonality at 43:49 that could have led to something interesting, but unfortunately does not. The surge of stress at 44:12 likewise fails to lead anywhere. The problem with this movement is the lack of any discernible theme except the somewhat unsatisfactory ‘melody’ played by the violins over a two-note ostinato (that is, a constantly-repeated figure) from the viola. The new material brought in at 45:52 is definitely promising. But alas! Rather than exploit it as it deserves, the composer unceremoniously drops it.

The third movement (Presto, 47:19) is once again violently rhythmic, and there is more bouncy spiccato. The unison passage that begins at 48:41 is quite Messiaen-like, and at this I perked up: ‘Maybe the composer is on to something here,’ I thought. But was this early promise fulfilled? Again the answer must be in the esteemed negative. Possibly the most convincing part of this movement is the competitive duet between the violins that begins at 50:03 – patently a quarrel between marriage partners. The quartet ends with a return of the theme of the first movement at 50:37, and a terminal outburst.

To end with, I would like to present to the reader three of Pēteris Vasks’ best-known works, in the hope that by now a taste for his style will have been acquired. In the interests of brevity (I am very conscious of time constraints), rather than give a blow-by-blow – or in this case, bow-by-bow – account, I will append my notes, but only to the first two.

Firstly, Cantabile for String Orchestra (1979). This performance is by the Riga Philharmonic Orchestra conducted by Krišs Rusmanis:

Secondly, Musica dolorosa (1983). The orchestra is the Deutsche Kammerphilharmonie Bremen, but the conductor is not specified:

Lastly, Voices (1991), sometimes described as the composer’s First Symphony. This work is in three movements, for each of which a separate link has been given below. The musicians credited in these recordings are the Kremerata Baltica and violinist Gidon Kremer. The programme notes (available under the YouTube version) are instructive, though more than a little fulsome:

Movement I: Voices of Silence

So hurry, and listen now! Do not miss this superlative recital by the Borusan Quartet. Rarely do we hear a performance of this quality from Turkish musicians. May their strings weave themselves into garlands of gladness!