Praise for The Palace Lady’s Summerhouse 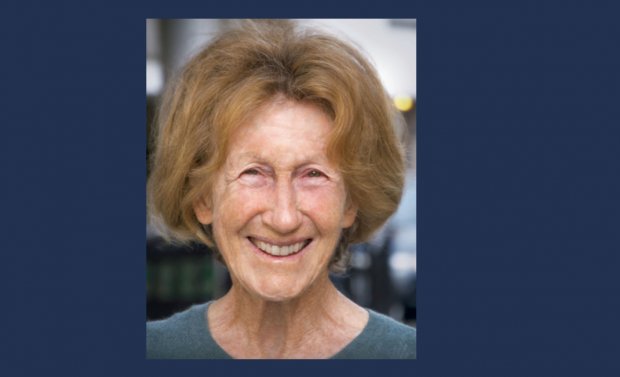 Congratulations to Patricia Daunt. The Palace Lady’s Summerhouse and other inside stories from a vanishing Turkey has gathered two more glowing reviews from writers impressed by the author’s rare combination of passion and precision. 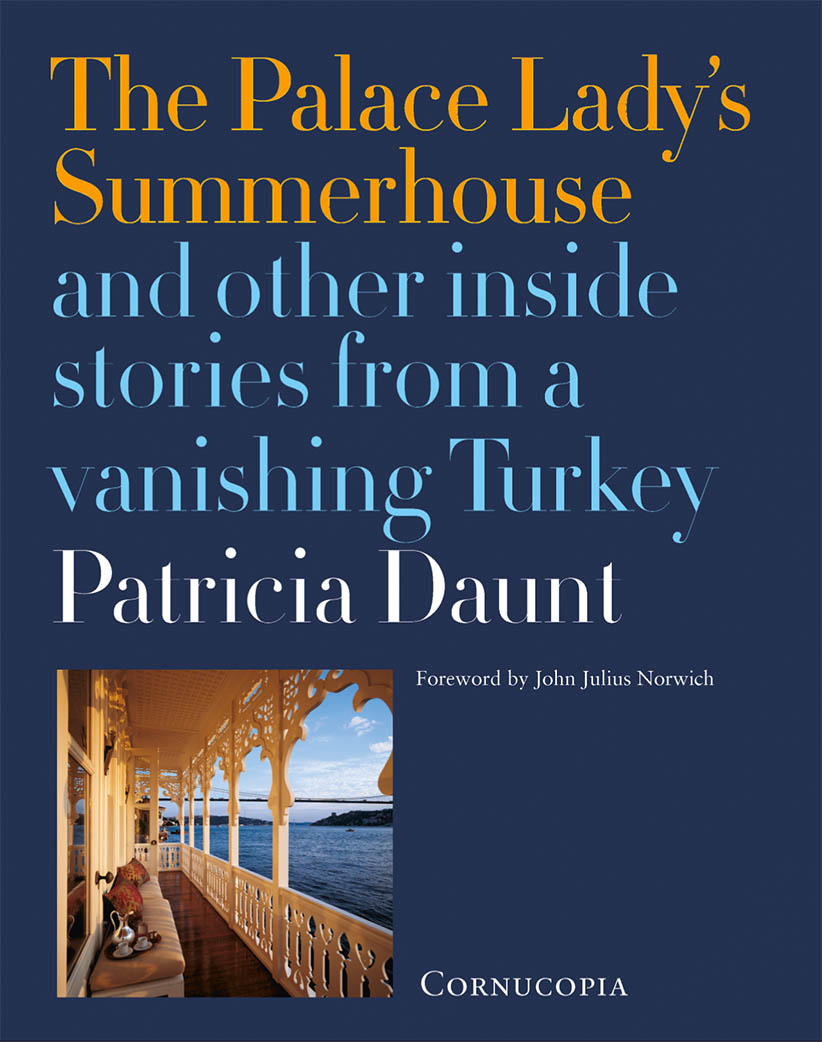 Patricia Daunt has spent ‘most of a lifetime exploring Turkey – as walker, rider, knower of plants, and ambassador’s wife,’ writes Yasmine Seale in ‘Red-Brown to the Horizon’ (TLS, March 9, 2018). The book is ‘a record of her expertise and enthusiasms, whose coffee-table dimensions belie its scholarly contents’.

She has devoted a full nine essays to the secret worlds of yalıs, the wooden summerhouses on the Bosphorus, and ‘trains the same discerning eye on those fragile structures as on their ghosts’. After such a feast of ‘crystal bonbonnières and walls of empire blue’, Seale finds it ‘a bracing delight to be plunged into the jackal-haunted woods of the northeast and the waters of Lake Köyceğiz, the roe of whose fish is still sealed with a layer of beeswax, as in antiquity…’

PD’s writing ‘draws from the kind of total attention achieved when informed observation dovetails with sheer love of place’. And Seale is a good judge: a prolific reviewer and a fine writer herself, she is a rising star of academia trained at Oxford and now a fellow at ANAMED, the Research Center for Anatolian Studies, in Istanbul. 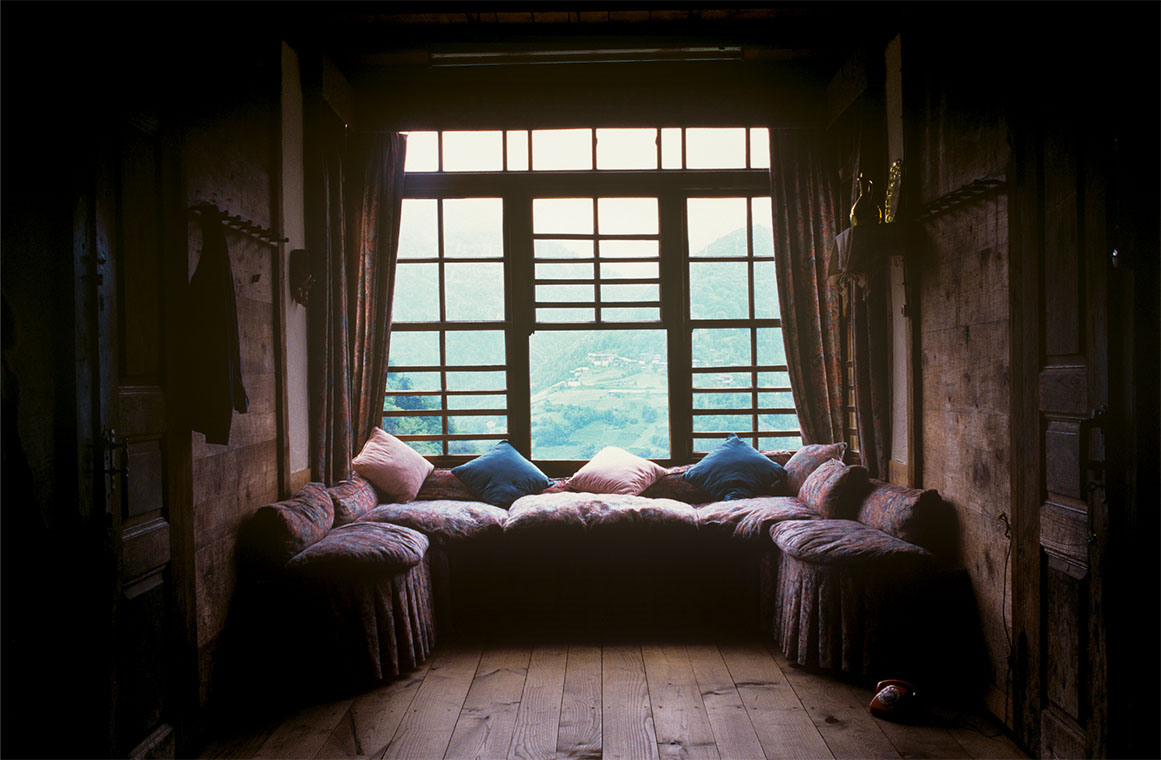 In the ‘jackal-haunted woods’ of Çamlıhemşim. A konak interior photographed by Simon Upton for ‘The Houses That Ride the Storm’ (Cornucopia issue 12,  now republished in Patricia Daunt’s book of essays, The Palace Lady's Summerhouse) 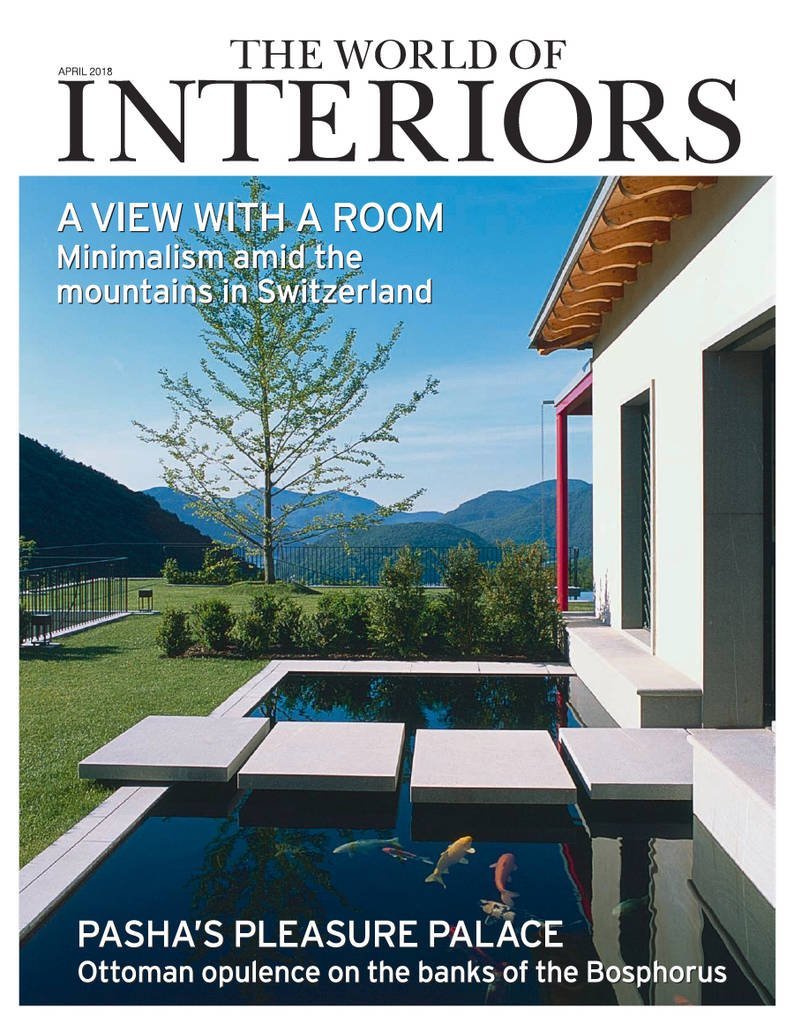 The World of Interiors has chosen as its reviewer the many-faceted Umberto Pasti, designer, novelist and horticulturalist, who famously created the garden of Rohuna near Tangier after falling asleep under a fig tree and having a strange dream. Pasti is captivated by the author’s portrait on the dust-cover, a ‘friendly’ face ‘inhabited by a passion, an ideal, an obsession’. He is also on awe of her detailed grasp of the plants she writes about. Some of the essays are scholarly, others ‘seductively rich in imagination’ – but all are marked by admirable  ‘precision’ as well as being accompanied by beautiful photographs.

The ‘tightly knit’ stories are full of ‘Chekhovian snacks, characters who seem to have come straight out of Nabokov’s Ada, old reformist sultans who were more than a little fond of women, travellers curious about everything, music-loving princesses…’ And after reading the book, ‘we too have turned into Turkophiles, we too are inhabited by Turkey’.

Earlier reviews have been no less enthusiastic. Writing in Country Life, Francis Russell, connoisseur, scholar and author of 123 Places in Turkey: A Grand Private Tour, is struck particularly by PD’s depictions on the embassies of Ottoman Pera and Republican Ankara, which are both ‘elegant and informed by a strong historical sense’. In The Spectator (A Love Letter to Turkey’s Lost Past, December 2, 2017), Owen Matthews (another writer who also appreciates rare collector’s items, describing Cornucopia as ‘the best magazine you never knew’), says The Palace Lady’s Summerhouse is ‘much more than a beautifully illustrated book: it’s about the people who lived – and live – in these buildings… a love letter to a country and to a world that has been almost completely swallowed up by tourism, new money and development’.

The Palace Lady’s Summerhouse can be ordered from Cornucopia, Waterstones and Amazon. It is also available at John Sandoe, Daunt Books and other good bookshops in the UK and Turkey.

The author has asked for the royalties from the book to be donated to the Friends of Aphrodisias.