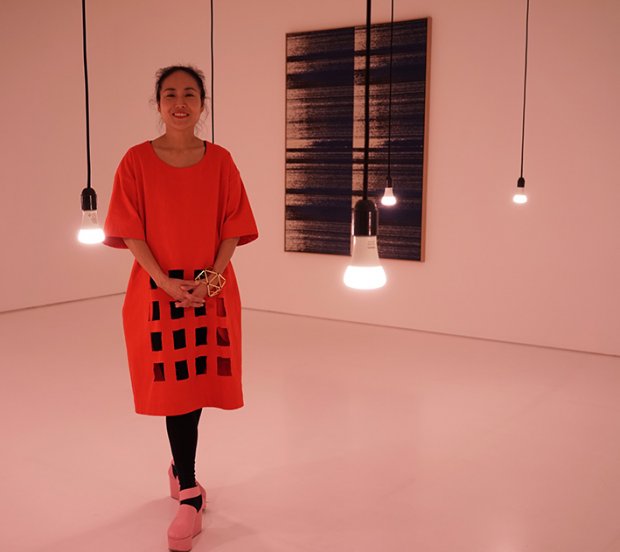 Well, who would guess that a visit to the office would be a fun way to spend Children's Day!

At weekends, Borusan's offices, housed in the Yusuf Ziya Pasha's Pavillion, morphs into the Bosusan Contemporry Art Gallery, with not a paper clip in sight. The newest exhibitor is the New York artist Mika Tajima, whose Meridian makes abstract forms from data. Live tweets from Istanbul twitter feeds are translated into colour lights according to the mood of the message, while her video installation Human Synth shows mesmerising movement in smoke responding to information that is otherwise 'unable to be contained or captured'. Tajima describes this as 'a new territory of control", saying that where once there was a "physical cohesion by force or discipline or architecture" there is now a whole invisible sense of control in data, even with emotions. "There is so much out there right now trying to capture us in data in order to try to understand human emotion," she says. "Whoever can control that data will become the winner of the game: the controller of the cloud."

To make manifest her ideas she has installed gold covered Jacuzzi jets that are a 'metaphor for technological pressures and forces of control that shape our everyday behavior'.

The museum's permanent show is hung throughout the offices in the building, and the sculpture terrace has a spectacular Bosphorus view.