Guide > Downtown Istanbul (the European side) 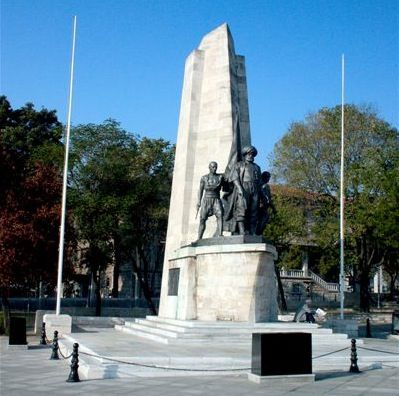 Downtown Istanbul (the European side)

Urban Istanbul extends from Galata Bridge at the Golden Horn to the First Bosphorus Bridge some 6km north. Here the docks and glorious palaces evoke of the city's historic past. Cruise ships dock at Karaköy, which is one of several points of departure for the Asian shore. Beyond it is the district of Tophane (The Armoury), Istanbul Modern and Sinan's Kılıç Ali Pasha Mosque. Palaces abound, including the almost overpowering Dolmabahçe Palace (open to the public as a museum) and the Çırağan Palace, now the elegant Çırağan Palace Kempinski Hotel.

Behind Dolmabahçe and the towering Swissôtel is upmarket Maçka where Istanbul's Bond Street, Abdi İpekçi Caddesi, has a couple of very good hotels, The House, and now the St Regis, and three concert venues, the Açık Hava Tiyatrosu (Open-air Theatre), the Cemal Reşit Rey, and the Lütfi Kırdar (also used for events), as well as the Istanbul State Theatre.

Away from this ritzy neighbourhood, overlooking Beşiktaş is Yıldız Palace, where Abülhamıd II retreated to create a city within a palace. Its many mansions, theatre, museum and park are fully explored in Cornucopia 52. In the grounds, too, he built the vast Chalet Kiosk for the German Ambassador, described in Cornucopia 22. Nearby is a wonderful collection of gilded imperial caiques in the new Naval Museum, pictured in Cornucopia 51. They would be used to convey sultans Abdülmecid and Abdülazis to Friday prayers at Mecidiye Mosque in Ortoköy, where the city ends. Its old market district is a maze of streets surrounde by fancy restaurants, jazz clubs and luxury nightclubs such as Reina, where the wealthy clientele arrives by boat.

Karaköy, at the head of the Galata Bridge, is at the heart of Istanbul’s old docks. On one side lies Tophane, Istanbul’s trendy new arts district, on the other the incomparable hardware district. Enjoy it while you can.

Lively Beşiktaş is where the Bosphorus begins. This former working-class town has a long naval history and a fine museum with a fabulous collection of royal caiques, reviewed in Cornucopia 50.

The hilltop palace of Abdülhamid II and its extensive grounds, once a city in itself, is now an island of green.

Connoisseur’s Downtown Istanbul (the European side)