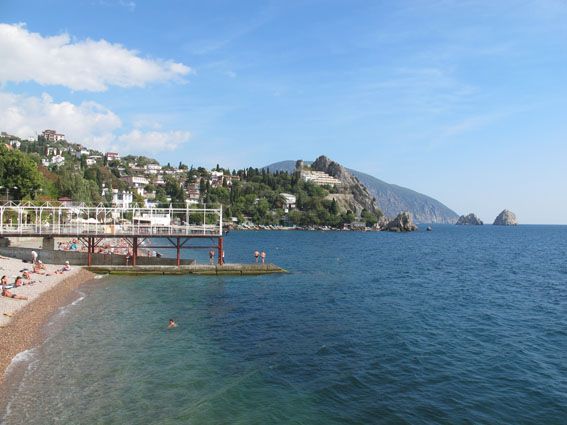 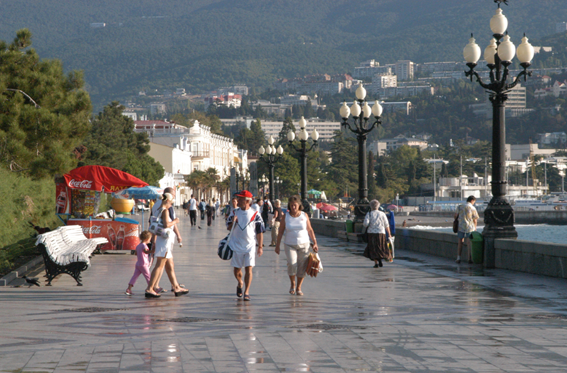 Perched between the steep Crimean mountains and the sea, with a sub-tropical microclimate that has made it a resort for 200 years, Yalta offers people-watching, chair-lifts, red onions, green figs, the Aleksandr Nevsky Cathedral and Chekhov’s house-museum. Just outside the town is the Great Livadia Palace, built for Emperor Nicholas II and the location of the Yalta Conference in 1945.

Crimea’s southern shore, with its long summers and dramatic Black Sea storms, is protected from the cold winds off the steppe by dramatic mountains. Once a string of isolated Tatar villages, in the early 19th century it became an obsession for picturesque-hunting Russian aristocrats – the Tsar’s riviera – and for literati a warm Siberia. Around the small seaside town of Yalta, a string of estates grew up around the villages with country houses that embraced a plethora of architectural styles. The two most famous were Alupka and Livadia.

The trolleybus from Simferopol (the longest route in the world) takes two hours. By car the journey to Yalta is in an easy hour, with lots of places where you swoop down to the sea.