To understand the cosmopolitanism of Constantinople in medieval times, head for Palermo, says Robert Ousterhout. Be dazzled there by the most glorious Byzantine mosaics to survive from the 12th century, in a chapel built by George of Antioch, ‘emir of emirs’, admiral and prime minister to the first Norman King of Sicily. Its Baroque frescoes pale by comparison

To appreciate fully the spectacle of Constantinople during the 12th century, don’t go to Istanbul. To be sure, the Byzantine capital under the Komnenos dynasty was dazzling: rich, flourishing and cosmopolitan, far beyond the imaginations of its Western contemporaries. Or so the texts of the period would have it. Sadly, the whims of time have left us but a few paltry remains.

The great Pantokrator Monastery (Zeyrek Camii) preserves only tantalising traces of its original decoration; at the Kyriotissa (Kalenderhane Camii), the marbles are preserved, but not the mosaics. Only in the gallery of Ayasofya is there a surviving monumental mosaic: Emperor John II Komnenos, his exotic Hungarian bride, Piroska-Eirene, and their unfortunate son Alexios offer gifts to the Virgin and Child. Other fabled monuments of the 12th century – the Blachernae Palace, the Seljuk-style pavilion known as the Mouchroutas and the numerous imperially founded monasteries – have all disappeared without a trace.

So go instead to Palermo, and prepare to be amazed. Palermo flourished under the Normans, who retook Sicily from the Arabs in the late 11th century. Often regarded as the “poster child” for cultural diversity during the Middle Ages, 12th-century Sicily preserves ample evidence of the sort of cosmopolitanism that Constantinople is known for only from texts.

While the court was Norman, from northern Europe, the population was heterogeneous, ethnically, linguistically and religiously, often Orthodox Greek or Muslim. Inscriptions are frequently multilingual, and the Norman rulers employed titles in differing languages and alphabets.

Many of Sicily’s Norman buildings compare favourably with contemporary monuments in North Africa and Egypt, particularly the secular architecture, such as the surviving palaces known as the Ziza and the Cuba. We might well wonder if the lost palaces and pavilions of Constantinople looked similar. The grand cathedrals of Monreale and Cefalù, and the Cappella Palatina in Palermo, all preserve substantial mosaic decoration, executed by mixed teams of Western and Byzantine mosaicists.

Several smaller churches in and around Palermo follow Byzantine models and were built by or for the Greek-speaking Orthodox population. Their intimate setting seems more appropriate to Orthodox worship. The most important is Santa Maria dell’Ammiraglio (St Mary of the Admiral) in Palermo, popularly known as the Martorana, begun by George of Antioch (d 1151), an Orthodox Greek, born in Syria, who became admiral and prime minister under the first Norman king, Roger II – both men are pictured in the church’s mosaic decoration.

George had been in the service of the Zirid princes of Al-Mahdiyah (today’s Tunis), but by 1114 he was at the Norman court, where his administrative and military career flourished. He reached the rank of Emir by 1125 and by 1133 was promoted to Emir of Emirs and Archon ton Archonton – a curious combination of Arab and Greek titles.

Completed by 1143 and dedicated to the Virgin Mary, the chapel was originally attached to George’s residence and served by Greek clerics charged with praying for the souls of the founder and his family, who were duly buried in the church. At its core is a compact domed church, some 12.5 metres square, which was rapidly expanded in phases to include the narthex (before 1151) and an atrium later replaced by a western extension and a belfry (by 1184).

In the 15th century, King Alfonso ceded the chapel to the neighbouring Catholic convent of the Martorana after the nuns complained that too much secular traffic around the chapel might tarnish their good name. In the 1580s the Abbess Leonora Bologna thoroughly transformed the chapel with annexes that expanded it to the east and west, doubling its size so that it could be used for public worship. A new chancel was added in the 18th century, as well as a Baroque entryway on the north side.

The additions to the east and west were decorated with mediocre frescoes in a Baroque style best described as “fussy”. The whole was subjected to a heavy-handed restoration in the 19th century after the neighbouring nunnery was abolished – all that remains of the nuns is the name, transferred to George of Antioch’s church. In its final form, the church is replete with jarring visual juxtapositions, as the refined, mosaic-encrusted core of the building is bizarrely bracketed by the Baroque. The evident cultural clash nevertheless reflects the complex history of the church. Its original form was similarly complicated – a curious blend of Arab and Byzantine features.

As in the churches of Constantinople, the dome rises above four columns, but the transition to the dome is effected by means of elaborate squinches (corbelled niches). The barrel-vaulted cross arms and the groin-vaulted corner bays rise to the same height, so that the building lacks – both within and without – the spatial modulation of a contemporary Constantinopolitan church.

Moreover, the squinches are formed by doubled set-back arches at the corners, both of which project beyond the cornice. The transition to dome stands in stark contrast to standard Byzantine use of the pendentive, which allows a smooth transition between the zones in the elevation. With this type of squinch, common in Egypt and North Africa, the geometry shifts abruptly from square to octagon to circle.

Most visitors ignore the architecture and avoid the Baroque frescoes. The glory of the church is its Byzantine mosaics, executed by a talented master from Constantinople. This is arguably the finest programme of mosaics to survive from the 12th century, and certainly the most distinctively Byzantine programme in Sicily. Christ appears enthroned at the crown of the dome, encircled by angels and Old Testament prophets, while the four evangelists are tucked into the corner squinches. The tall proportions of the dome and its disjointed nature posed challenges to the mosaicist, who was unfamiliar with the spatial modulation. Thus the legs of the bowing angels are awkwardly foreshortened, while the evangelists are all but invisible. The lower arches and walls are festooned with apostles, holy bishops and martyrs, while large pendant panels depicting the Nativity and the Dormition, the two critical moments in the life of the Virgin Mary, are preserved.

In the first she appears as the Theotokos (“God-bearer”), the vehicle by which Christ came to earth; in the latter, Christ has descended to carry her soul (represented as a swaddled infant) to heaven. The shimmering background suffuses the interior with a golden glow, reflected also in the inscription surrounding the enthroned Christ in the dome: “I am the light of the world”.

In spite of the Byzantine sheen of the mosaic decoration, the architectural forms are much closer to Islamic Egypt or North Africa than to Byzantium. As with many of Palermo’s churches, the floors are of an elegant opus sectile, a geometry common in Islamic architecture and evidence of a shared decorative vocabulary. A Greek dedicatory inscription, of the sort one might find in Arabic on contemporary mosques, crowns the exterior façades. In so many ways, the hybrid character of George’s chapel reflects his complex personal history.

PROFESSOR ROBERT OUSTERHOUT is the author of two books published by Cornucopia: John Henry Haynes, now in its second expanded edition, and Palmyra 1885, both available post-free to subscribers. His new work, ‘Eastern Medieval Architecture: The Building Traditions of Byzantium and Neighboring Lands’, will be published in 2019 by OUP as part of the Onassis Series in Hellenic Culture. Est 500 pp, 800 illustrations. The book will be available from the cornucopia.net bookshop as soon as it becomes available.

MONICA FRITZ, Cornucopia’s photographer-at-large is leading a tour of Sicily with the artist Jeffrey Blondes, from April 14 to 20, 2019. The theme is photography and it is open to everyone interested in seeing,’ she writes. We will start with the fascinating and magical city of Palermo&#39. Untouched Palermo is one of the last European cities that has kept its unique atmosphere. Follow me in and out of its open and closed doors. We will learn how to work with the different lighting conditions we encounter and explore the use of color and black and white. Discussion will take place on how to make stronger images and review them together. This workshop is open to all levels. The camera is not important, you can also come with a phone. This will be fun, exciting workshop and is more about how we see things and the images we make.’ 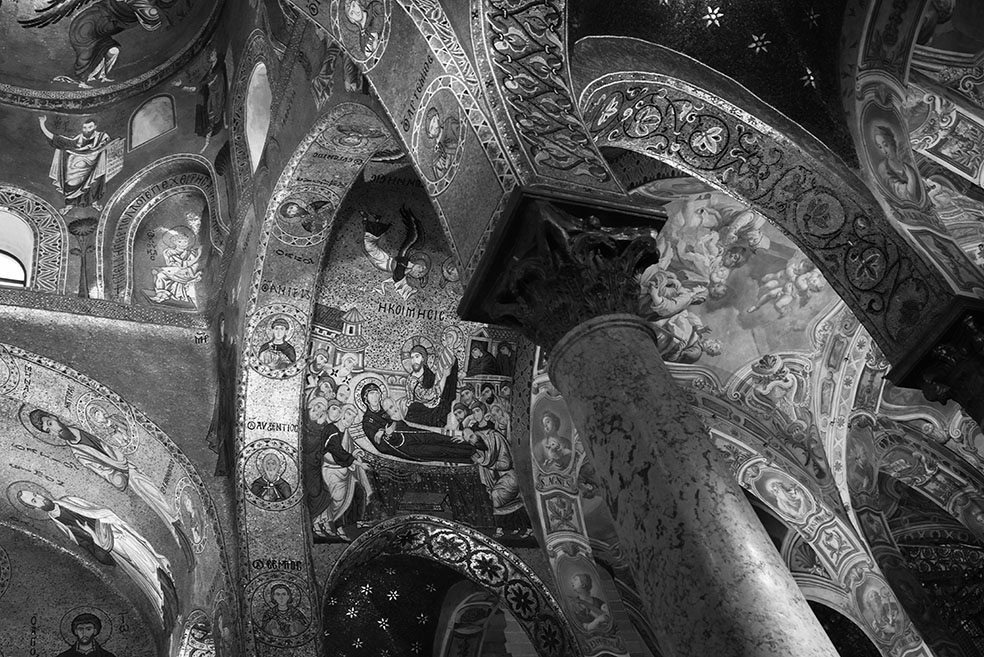