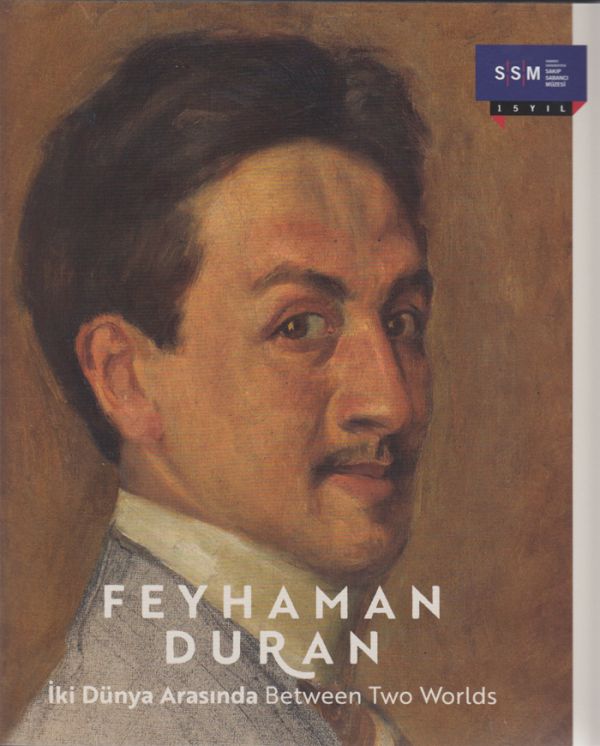 This is the catalogue of the 2017 exhibition at the Sakıp Sabancı Museum (SSM), which showed more than 1,000 works by Feyhaman Duran (1868–1970). Created at the time of transition from the Ottoman Empire to the Republic, his landscapes of the Süleymaniye district (where he and his artist wife lived), the Bosphorus and Istanbul’s islands provide an absorbing window onto Istanbul in the early decades of the 20th century. In addition to his portraits – he is considered Turkey’s finest modern portraitist – the nudes he painted during his education in Paris, landscapes in various regions and still-lifes where he used Ottoman calligraphy as objects in his compositions, are included to present the artist’s full potential. It also shows parts of his home in Beyazıt that reveal his daily life and studio. The text is in both Turkish and English.

The artist who lit up the darkness


The Sakıp Sabancı Museum excels at international blockbuster shows – Picasso, Monet, the Dutch Golden Age. When it turns its attention to Turkey’s own artists, it also does so to brilliant effect. Ten years ago it celebrated the life and times of the pioneering Abidin Dino (1913–93), bringing into focus the literary and political angst of mid-century Istanbul. Now it is the turn of Feyhaman Duran (1886–1970), part of the 1914 Generation, whose careers, in the afterglow of Impressionism, spanned the end of the Ottoman era and the dawn of the Republic. With the outbreak of war, they were suddenly enemy aliens in their beloved bohemian Paris.

The Ottoman capital they returned to was in deepening despair, flooded with refugees from the Balkans and the Caucasus. Young men in their thousands were marching off to war, never to return – the colours of Beşiktaş football club are still dominated by black in their memory. But Feyhaman Duran, orphaned at an early age, chose instead to dwell on the joys of life. “It is difficult to see beauty,” he wrote later, “but those who can are blessed.”

Feyhaman Duran: Between Two Worlds is full of luminous landscapes, still lifes and nudes, but it was his portraits that first earned him recognition. The likeness of the lawyer Celâleddin Arif Bey (left) predates his time in Paris. Painting the daughters of the Egyptian prince Abbas Halim Pasha paid for his passage to France in 1911.

After his return to Istanbul, Feyhaman became an inspired teacher. He married one of his students, Güzin, granddaughter of a noted calligrapher, moving into her tiny wooden house in the Old City. By some miracle, the house survives, as does the Art Deco studio in the garden that they both used for 40 years.

This house, every corner of which speaks of their life together (see Cornucopia 42), is now closed for restoration, and the museum has borrowed 450 of the Durans’ personal artefacts to recreate two of the rooms and their studio for this ambitious exhibition.