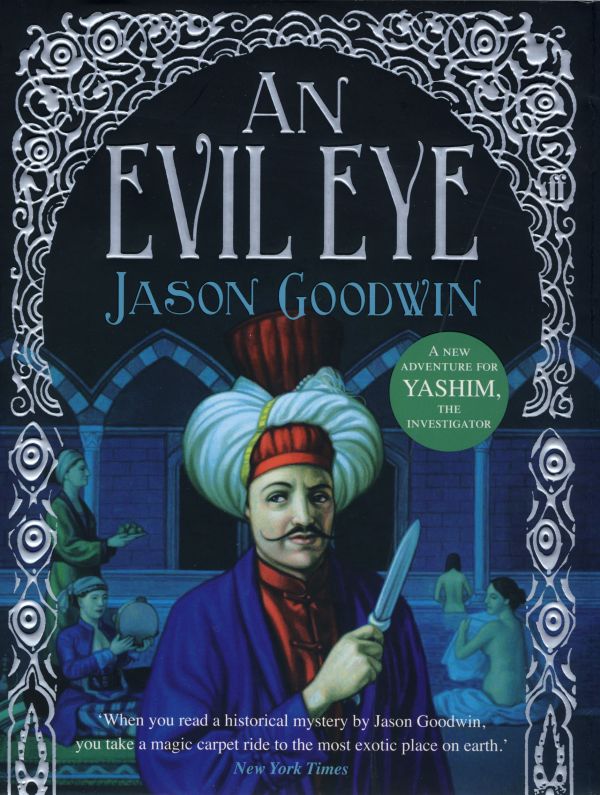 By Jason Goodwin
Published by Faber & Faber
Sorry, this item is currently unavailable from Cornucopia.

Yashim is called to a Greek island monastery where a corpse has been discovered. When it turns out to be that of a Russian agent, Yashim knows exactly who is behind the murder: Fevzi Ahmet Pasha, commander of the Ottoman Fleet. When Yashim first entered the sultan’s service, Fevzi Ahmet PAsha was his mentor. Ruthless, cruel and treacherous, Ahmet is the only man whom Yashim fears. Now Yashim must investigate the secret that Ahmet has been keeping all these years. A secret that lies at the very heart of the sultan’s harem, where jealousy is rife and where women can simply disappear…

‘It is the atmosphere and the sheer exoticism of the wonderfully cojured setting that intrigues, as well as the character of Yashim himself… An Evil Eye is another treat for Goodwin’s many fans, and newcomers to the series.’ Laura Wilson, Guardian