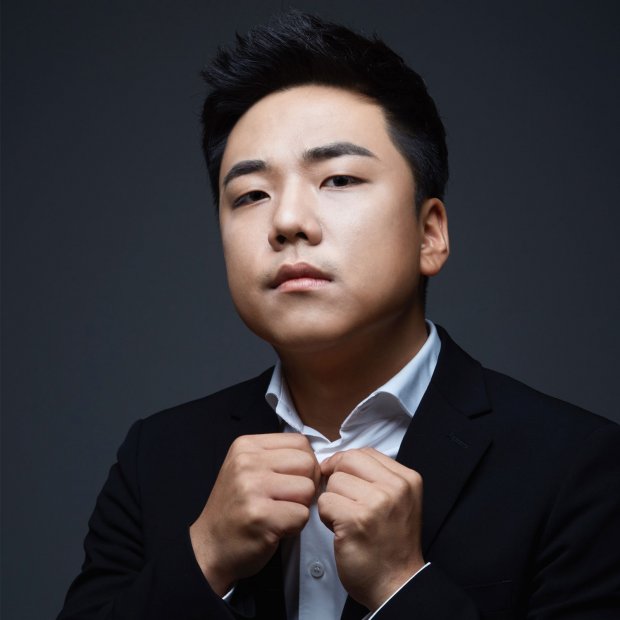 The last in the series of Istanbul Recitals for the 2018-2019 season was given by the South Korean pianist Jeung Beum Sohn at the Sakıp Sabancı Museum’s Seed concert hall on June 14. There has been a succession of South Koreans performing in Istanbul recently. On March 21, Bomsori Kim played Bruch’s Violin Concerto with the Tekfen Philharmonic Orchestra. More recently, on June 11, Seong-Jin Cho was the soloist in Beethoven’s first piano concerto at the opening concert of the İKSV Istanbul Music Festival, accompanied once again by the Tekfen Orchestra. And last month I went to a wedding where there was a strong Korean presence. Personally, I think it is all to do with the fact that the planet Jupiter, currently in Sagittarius, has been making a harmonious trine (that is, 120-degree) aspect to South Korea’s Sun, which is in the sign of Leo, thus bringing it to prominence in a positive way: the country was founded on August 15, 1948. Moreover, South Korea’s Moon in Sagittarius – exactly trine my own natal Venus in Leo – is about to be conjuncted by Jupiter.

As I had never heard of Jeung Beum Sohn, I had no idea what to expect when I arrived in Emirgan on the conveniently timed boat from the city centre. The programme notes informed me that he had won first prize in the ARD International Music Competition in Munich in 2017, so he must (I thought) have a string or two to his bow. I was pleasantly surprised. He turned out to be a young pianist whose commitment to the music he is playing is unsurpassed once he gets into his stride. His technique – which betrays the influence of the German school – isn’t at all bad, either. I was impressed. As an introduction to Mr Sohn’s pianistic skills, here is a video of him playing Tchaikovsky’s first piano concerto with the Symphonieorchester des Bayerischen Rundfunks at the ARD competition that he won in 2017:

Born in 1991, Jeung Beum Sohn was apparently a child prodigy, appearing in concerts in his native Korea from an early age. He graduated from the Korean National University of Arts in 2012, having studied under Prof Chung Mo Kang. He then attended the Hochschule für Musik und Theater in Munich, where his teacher was Prof Arnulf von Arnim. He is currently pursuing further studies at the Music Academy in Münster.

His recital began with one of JS Bach’s Forty-Eight Preludes and Fugues: the D minor from Book Two. It is a fairly unremarkable work, and was obviously intended as a warm-up. The following performance, recorded in 1972, is by Friedrich Gulda:

Next came Tchaikovsky’s Dumka in C minor, composed in 1886 and subtitled Russian Rustic Scene. In music, the word ‘Dumka’ (literally ‘thought’) is used to mean a narrative Slavic folk song that alternates in mood between melancholy and exhilaration. There is a description of the work on the ‘AllMusic’ website.

Here is a recording of the work being played in concert by Boris Berezovsky:

I would guess that this piece, too, was chosen as a warmer-upper: its pyrotechnics do indeed provide a satisfyingly strenuous workout. But apart from the occasional flashy outbursts, patently intended to wow the audience, Tchaikovsky’s Dumka holds little musical interest.

It was with the third item on the programme (Beethoven’s last piano sonata, No 32 in C minor) that Jeung Beum Sohn got down to serious business and showed his mettle, demonstrating total emotional commitment and impressive technical control. This kid really got behind his Beethoven, and all credit to him for doing so. I was filled with admiration. It was riveting – once the interruptions had died down.

I usually put in my two cents about the behaviour of the audience near the end of my reviews, but on this occasion I feel obliged to depart from my usual practice. The interruptions turned me purple with rage and sent the alkaline irritants rushing to swell my poison sacs. Someone behind me let their mobile phone ring no less than three times – twice during the Tchaikovsky and once at a dramatic moment during the Beethoven. The third time it happened, the pianist stopped, turned round and stared at the audience in disbelief before resuming his performance. My companion later said he had heard the person concerned actually take the call.

I would like to be able to report that the offender was dragged from the auditorium by a pack of slavering wolves, the flesh ripped from their bones in the foyer (without staining the carpet, of course) and their skeleton eagerly picked clean by a gaggle of squabbling vultures on the terrace. But that, unfortunately, is not what happened – the person got away with it. There is, however, a moral to this story: I strongly encourage the organisers of the Istanbul Recitals to make a rule that everyone must leave their telephones and all other electronic devices outside the concert hall before they are allowed in.

Beethoven’s Piano Sonata No 32 was described in my blog on the recital by the French pianist Alexandre Tharaud on November 20, 2018. Suffice it to say that Jeung Beum Sohn’s interpretation was far and away superior. His first movement was a model of ardent commitment and full-throated vigour. He caught the contemplative mood of the opening of the second of the two movements perfectly, and the tone he produced in the subsequent tinkly bits (the piece hovers in the top register for absolutely ages) was a delight. I have to say that in the dotted semiquaver passages – those with the unusual 6/16 time signature – his rhythm was not quite as disciplined as it is in Richter’s performance in Moscow in 1975, but Mr Sohn has ample time to perfect his game. He is as yet in his late twenties, and given that he already possesses the maturity to play a late Beethoven sonata successfully, who knows what he will be capable of achieving in ten or twenty years’ time?

The second half of the recital began with Scriabin’s Piano Sonata No 5, sometimes claimed to be in F sharp minor and sometimes in F sharp major (in my view, it is in no recognisable key at all). This single-movement work was composed in December 1907, after the composer had moved with his pregnant wife from Paris to Lausanne. A note written by him in September of that year reveals that he found Paris intolerable. He complains of dreadful weather, high rents, narrow buildings all crowded together and a lack of tolerance shown by his neighbours to the sound of piano-playing (especially at night). In Lausanne he found himself in a far more congenial environment, and rejoiced in his freedom to hammer away at any hour he wished. The sonata took him only a week to put on paper, something he described as ‘miraculous’.

Although I am a fan of Scriabin's earlier work, composed before he abandoned conventional tonality to float off into a stratosphere over-populated with augmented intervals (as an example, C to F sharp is an augmented fourth), I have to say that I find the harmonic diet offered by this sonata unpalatable. Nevertheless, Jeung Beum Sohn played it with impressive technical skill and not a little bravado. Here is a description of the piece from the ‘AllMusic’ website. It makes the point that the sonata ‘owes a great deal to the orchestral Poem of Ecstasy’. As the two pieces were written in the same year, this is hardly surprising: the Poem of Ecstasy, finished in the spring of 1907, was revised in Lausanne once the composer had settled there and completed his piano sonata. In both works there is a gushiness that I find reminiscent of the poetry of Algernon Charles Swinburne.

In the following YouTube video, Jeung Beum Sohn plays Scriabin’s fifth piano sonata at 20:42, after Schubert’s Sonata in A minor:

Just a little more on Scriabin before we pass on: the Five Preludes are a late work, composed in 1914, the year before his death – which in fact came about in a very unusual way that is described in an article on the ‘Interlude’ website.

These preludes have a glassy feel to them that puts me in mind of Messiaen. I venture the opinion that in this work Scriabin has at last arrived at a genuinely modern harmonic idiom. Such a pity that he did not live to pursue his wanderings into the outer reaches of tonality even further! Here the pieces are performed live by Emil Gilels (another first-rate Jewish pianist from the Soviet Union, born in Odessa as Samuil Hilels; at the Moscow Conservatory, he was a pupil of Heinrich Neuhaus):

The last item on the programme was Liszt’s Piano Sonata in B minor, written in the years 1852 and 1853. As I have been unable to find a YouTube recording of Jeung Beum Sohn playing it, here is a performance by Valentina Lisitsa – who is due to perform Rachmaninov in Emirgan next October:

For those who enjoy a detailed breakdown, here is an article on the sonata’s highly original form from the Musica Kaleidoskopea website (zoom in to see the extracts from the score reproduced there). I find this analysis by F.D. Leone ideal in both length and content; the remarks by Buechner and Searle on the work’s fugato section are also very telling.

Jeung Beum Sohn’s rendition was energetic and demonstrative (as any successful performance of this fearsomely difficult work has to be) without being at all heavy-handed and insensitive. The softer bits, played with the same emotional commitment as he had put forth in the Beethoven, had a beautifully limpid tone. One feature of his playing that drew my admiration in both the Beethoven and the Liszt was the timing of the rests – always a reliable indicator of a performer’s level of musicality. Mr Sohn passed the ‘rest test’ with flying colours.

This concert was definitely a high-quality experience, and all credit to the organisers of the Istanbul Recitals for inviting this exceptionally talented young pianist to perform. In fact, the standard throughout the whole of this season has been outstanding. Looking ahead to 2019–2020, according to the programme for the Jeung Beum Sohn concert, the following performers have been engaged (all pianists unless otherwise stated): Valentina Lisitsa on October 12, Nikolai Demidenko on November 15, Finghin Collins on December 20, Alexander Chaushian (cello) on January 18, Soyoung Yoon (violin) and Mario Häring (piano) on February 14, Imogen Cooper on March 14, Barry Douglas on April 10, Christian Blackshaw on May 16, and Momo Kodama on June 12.