On the Shores of Gallipoli 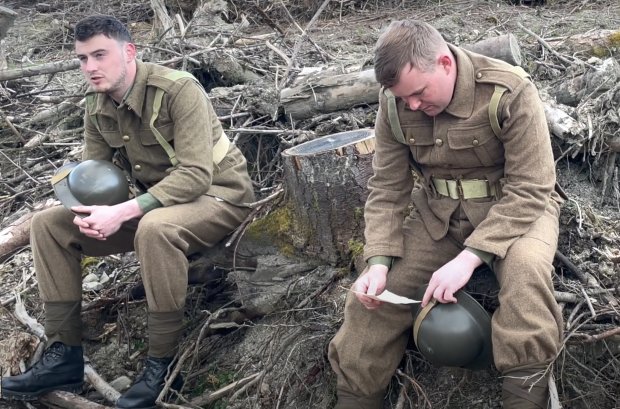 Much is written about the terrible Anzac losses at Gallipoli, where, as William Guerney wrote in Cornucopia 20, Australia and New Zealand ‘forged new national identies independent of the mother country'. For Turkey, the horror is beyond words…
But thousands of towns around the world were shattered by Churchill’s recklessness. Most are forgotten by all but their families and local historians. Among them is the town of Hawick, Cornucopia’s own ‘home from home’ in the Scottish Borders. This touching song written by Alan Brydon in 2015 to mark the centenary, recalls the 132 Hawick men who died in Gallipoli, 84 of them on one terrible day, July 12, 1915. Here it is sung by Euan Robson and Graeme Tinlin of the Hawick band Western End. ‘Never since Flodden, 400 years before had Hawick experienced bereavement on such a large scale…’ And as they say, ‘making more martyrs makes no sense at all…'
On the shores, on the shores
Where wave upon wave of men board
In a tide to be turn turned like never before.
On the shores of Gallipoli…
And soon they arrived at the Dardanelles Gate
Every eye open yet blind to their fate
Mustafa Kemal's men were lying in wait
On the shores of Gallipoli
The shells and the gunfire rained down from the hills
And thousands of corpses lay silent and still.
If the bullets don't kill you dysentry will
On the shores of Gallipoli…
A century's reflection remembers those men
Who never set eyes on their homeland again.
The grandsons of enemies have now become friends
On the shores of Gallipoli…
« Previous Post Next Post »