A Murdering Dress and the Joy of the Unknown

The Istanbul Film Festival is undwerway 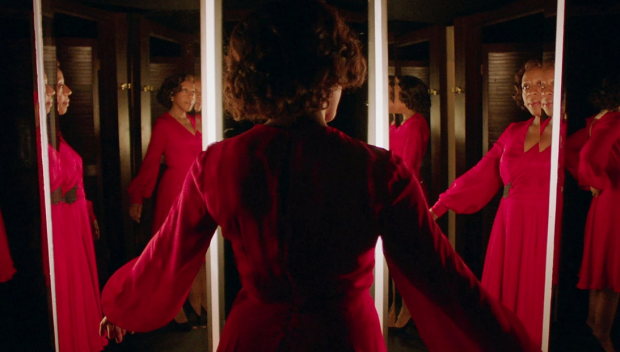 The 38th Istanbul Film Festival always has such a gluttony of choice that picking tickets can be overwhelming. Watching a movie without any prior knowledge is a rare experience, so I often try to pop into a film I know little about and let myself be surprised.

That’s how I ended up in a surreal British horror film called In Fabric, the truly mad story of a murderous cursed red dress and the demonic department store that sells it. Yes, it was ridiculous. It was also completely delightful.

The store, Dentley & Soper, looks like it might have been dropped directly from a ‘70’s horror film; combined with the film’s very retro credits, I had a moment of doubt that the film was actually contemporary. (This happened to me last year at the !f Independent Film Festival, with the not-unrelatedly Rainer Werner Fassbinder film Kamikaze 1989.) But no, this film, directed by Peter Strickland, came out in England last year. The fuzzy, analogue commercials where the cultish shopworkers wave viewers into the sales, the vacuum tubes that transport change, the weird fixation on washing machine repair and the intensely old fashioned catalogues are all aesthetic choices, designed to make this world seem a bit weirder. 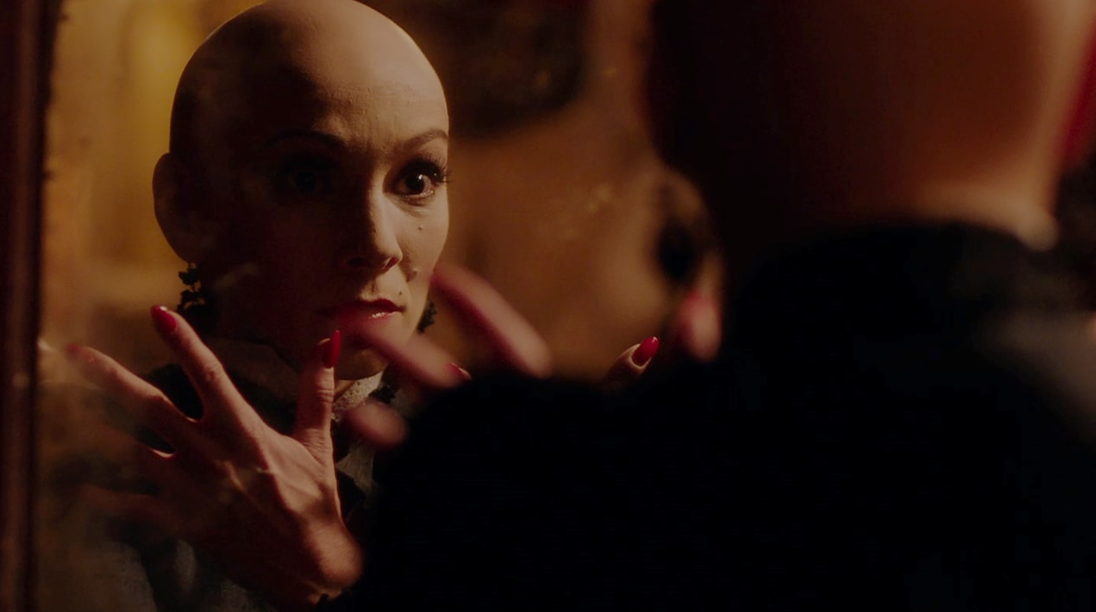 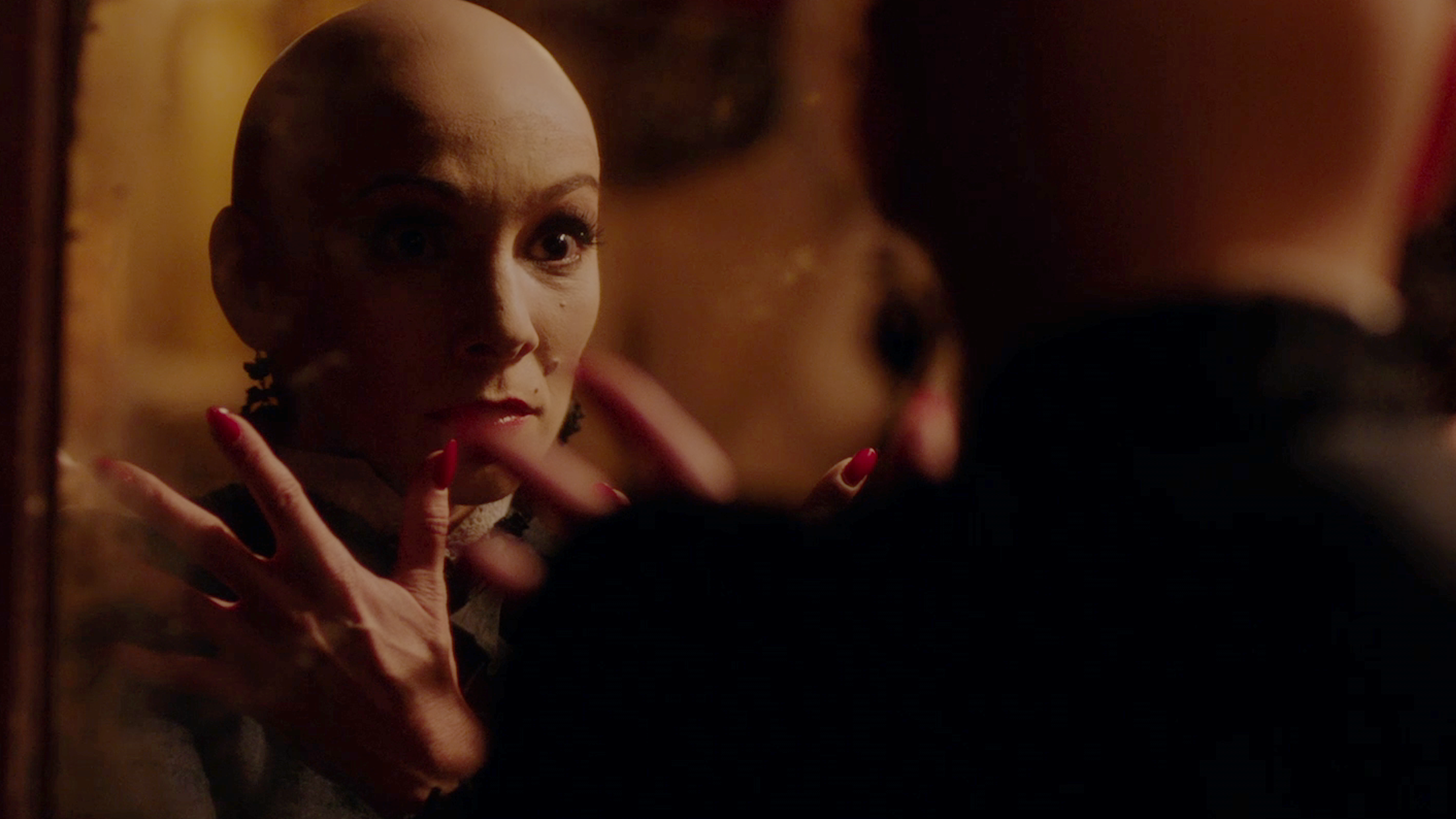 The plot is fairly straightforward, if that can ever be said about a film that focuses on an evil dress. A recently-separated woman named Sheila lives with her grown son and feels lonely; she uses the newspaper personal ads to make dates (for there don’t appear to be cell phones in this world), and heads to the sales at Dentley & Soper, where a salesperson with a vaguely Transylvanian accent and long red talon nails speaks in riddles that somehow work as a sales pitch, and convinces Sheila to buy a one-of-a-kind red dress. It is a gorgeous dress, though it leaves behind a strange rash on her chest. It also seems to have a habit of moving itself around the house, and making washing machines explode. After a series of misfortunes, the dress manages to dispatch Sheila, and we move on to our next victims.

These fairly realistically-shot scenes are punctuated by the hyper-stylised, hyper-weird shots of Dentley & Soper, where time slows down to a syrupy pace, where the salespeople remove their wigs after-hours,  where mannequins that may or may not have feeling end up in strange sex rituals (among other oddities). The creeping feeling of bizarre dread is pushed along by a terrific retro-future score by Cavern Of Anti-Matter and the off-kilter analogue cinematography.

There is a such a thrill in sitting back and letting an unpredictable movie take you on its idiosyncratic journey. There’s one more screening of In Fabric on April 16 at Atlas Cinema; grab a ticket and let yourself be surprised.

You can see the rest of the film festival programme here.