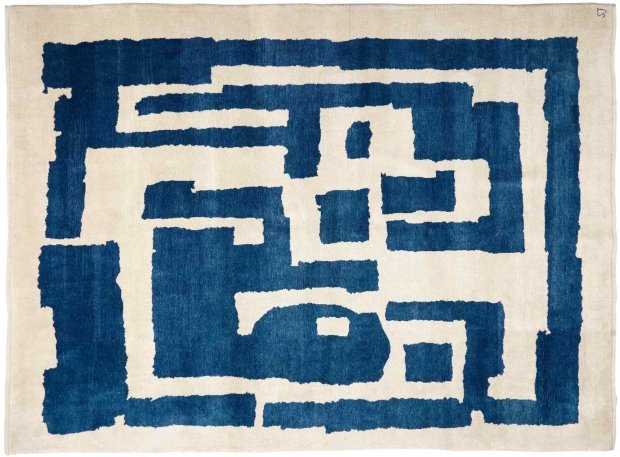 Hand weaving in Turkey, often thought a dying art, has continued to survive in some parts of Anatolia due to discerning designers such as Sandy Jones, whose wonderful carpets are produced in anonymous domestic ateliers.

“They use natural wool," she says, “and the skeins, looped over the shoulder, are dipped into the dye, so when it comes out it drips down the arm, producing tonal variations, called abrash, which can have numerous shades. It gives carpets subtle variations in colour.” She points to a deep carmine red carpet on the wall in the Afridi Gallery, Chelsea, not usually seen in a vertical position, and as the light dances over it, it is easy to see what she means. “That doesn’t happen when wool is dyed in vats,” she says. The carpets are extraordinarily resilient, too. “The wool is also hand washed, so there is plenty of lanolin left, which makes it easy to clean. You can spill coffee on one of these carpets and it will just wipe off. ” 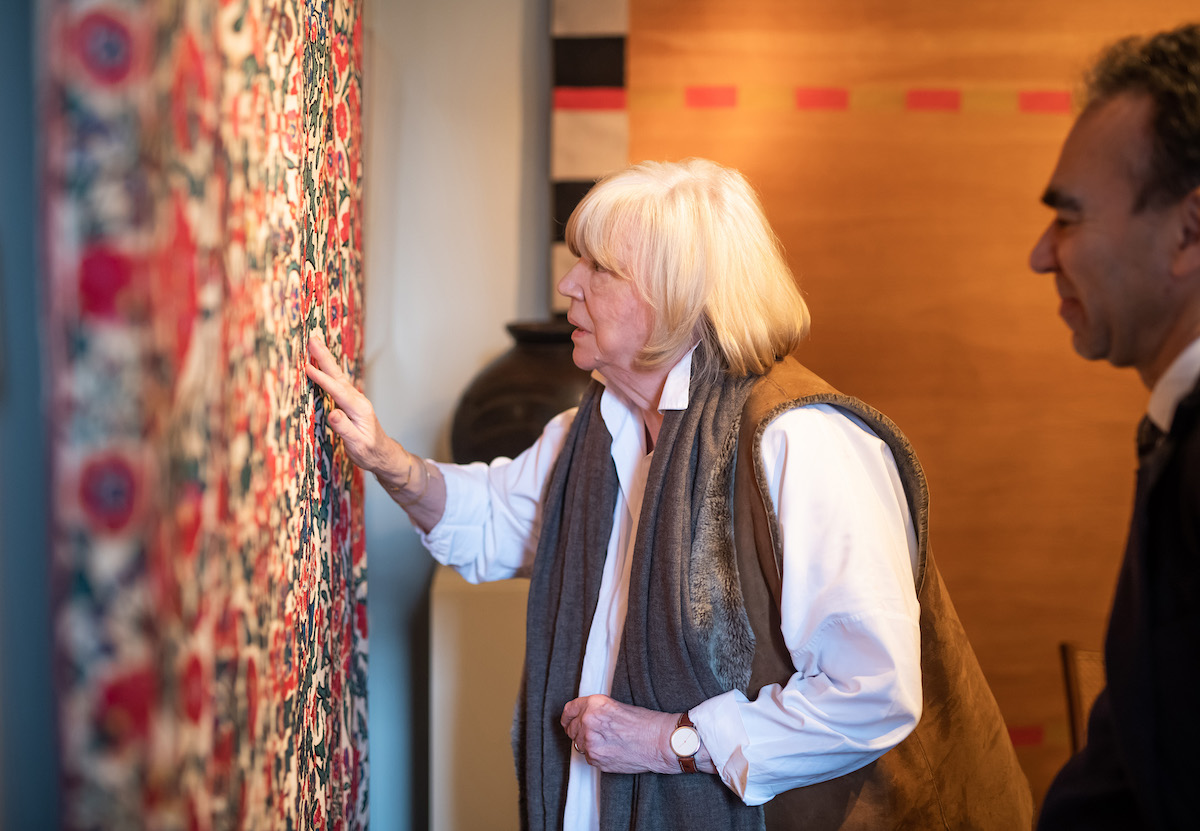 These colours give Jones’s carpets both a depth and calmness that seem to settle in a room. They are made to order for both domestic and large commercial premises, and they generally start life when Jones gets together with an interior designer and an architect to work on patterns and colour schemes, these days called ‘mood boards’.  Her initial designs are in watercolour, most often on paper that she makes herself, though she says she has no ability to draw; her training was in textiles and embroidery at the London College of Fashion, and she still makes embroidery, too. Scraps or scrunched-up pieces of paper are sometimes added to the patterns that ebb and flow through pleasing shapes and lines, which seem both happy and thoughtful. These are then transferred to one-tenth scale drawings in gouache, which are sent to Turkey.

“Computer images are distorted by pixilation, and their colour is unreliable,” she says, “so I send the actual cartoon.”

It takes around six months to hand-make a carpet in Turkey, a process that employs many craftspeople with a number of skills. Looms need to be built to the specification of each order, while spinners, dyers, washers, shavers and finishers have to be lined up, as well as weavers, who can each cover about a metre carpet width, so up to half a dozen weavers may be employed to sit at on a single large piece.

Jones does not have a showroom, and has recently downsized from her Chelsea studio as her son, Benjamnin, computer-savvy and a carpet designer in his own right, takes on the carpet-making mantel. But about three years ago, when Shahbaz Afridi opened his Royal Hospital Road gallery, he commissioned her carpets, and now seven of them hang on his walls among original watercolours and cartoons. Jones is seeing them on the walls, as opposed to lying on the floor, for the first time, and she is delighted with what she sees, pointing out the difference between carpets that had been woven lengthways, or portrait, and landscape, with the width the length of the loom, which can be up to eight metres. 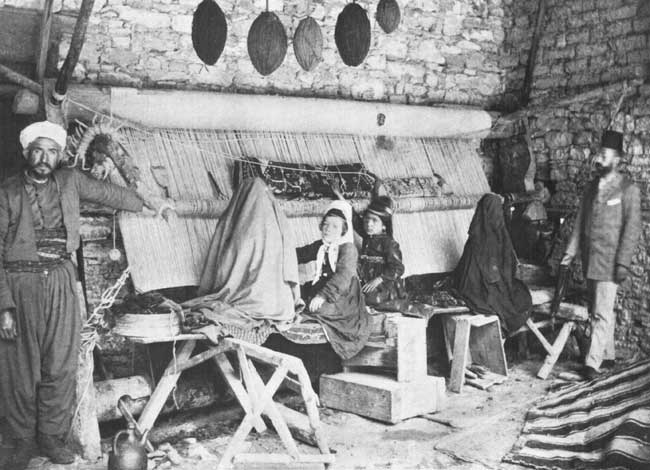 Surprisingly, she has never visited Turkey. “I have been told that men there would not take instructions from a woman, and that Turkish women did not speak English,” she says. Only once did a pattern she sent to Turkey not turn out as she intended — the yellow had become black. But she did not mind. “I actually thought it an improvement!”

Without her own eye on the job, she relies on Shahbaz Afridi who has known and worked with Sandy to produce her carpets for more than two decades. This is a cottage industry, he explains, and in spite of rapidly changing fashions and design trends, the Gallery claims that it has been able to maintain a high standard of production by retaining the skills of unnamed weavers much in demand along the Silk Road and ensuring the secrets of these sought-after carpets, which have many years of life and can actually gain in value, remain woven deep within their magnificent piles.

Sandy Jones’s carpets can be seen at the Afridi Gallery, SW3, until June 14. Her work can also be seen in Interior Design & Decoration, by Henry Russell, about the work of her husband, Chester Jones, published in 2014 by Merrell.

• The Hali Art and Antiques Fair will be held at Olympia in London on June 24–30.