‘Dynasty and Camera: Portraits from the Ottoman Court’ at the Sadberk Hanım Museum 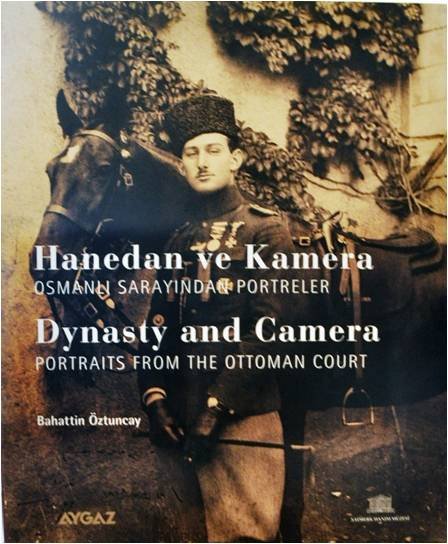 If you needed some extra encouragement to carry yourself up to Sarıyer, then the time is now. Until April 24, the Sadberk Hanım Museum is exhibiting a series of photographs of members of the later Ottoman court, alongside other related items such as medals, newspapers and lavishly embossed photograph albums. The pictures, taken from the collection of Ömer M. Koç, range from the sublime (a dashing Prince Ömer Farouk, resplendent in kalpak and Iron Cross) to the ridiculous (the ‘Court Dwarf’ reclining on a table). Many of these are on show for the first time, and they cast some light on the more human side of the Ottomans during the dotage of their empire. Best of all, some of the pictures were taken by members of the court, rather than by professional photographers as was usual; these betray a wonderful, vibrant amateurishness, a perfect example of the lighter side of the Ottoman encounter with European technology. They are not only historical documents, but also a variant on the classic family photo album, featuring more military oufits and bigger moustaches than normal; children are still posed uncomfortably for the camera, people play at fancy dress, go for walks, and do all the other things that normal people do. It's not the biggest exhibition in the world – it only fills four smallish rooms – but this makes it feel all the more intimate, unlike the massive scale of exhibitions at other Koç art spaces; all the better to get to know the Osmanlılar. Piyasa Caddesi 27-29, Sarıyer. Open 10.00–17.00, Thursday–Tuesday.