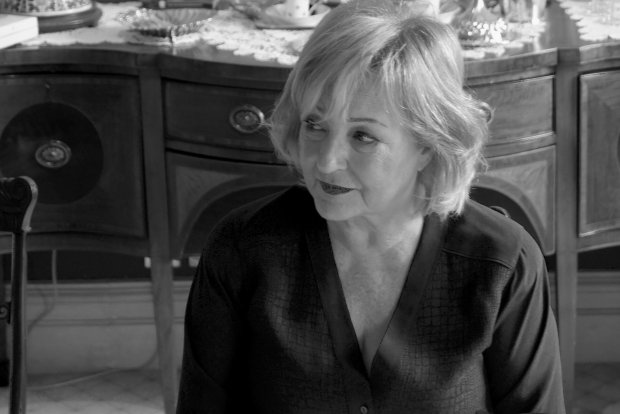 The next concert in the current series organised by Talent Unlimited, a British charity that supports young musicians and gives them a platform on which to demonstrate their skills, is to be given in St James’s Church, Piccadilly, London, on Thursday  November 29 at 7 pm. On the programme are Liszt, Bartók, César Franck, Haydn, Schubert-Liszt and Brahms, and the performers will be the violinist Paula Gorbanova and pianists Stavros Dritsas and Yuanfan Yang. Also on the menu are two pieces bearing the hallmark of Yuanfan Yang as composer: an arrangement for piano of the folk song 'Scarborough Fair' and a work of his own creation bearing the title Waves.

The driving force behind Talent Unlimited is Canan Maxton (photographed above by Monica Fritz for Cornucopia, 2016), a Turkish lady living in London who understandably feels that young and aspiring musicians need a little room to breathe in the intensely competitive world of classical music, and has gone so far as to ensure that they are given not just a little room but a whole building in which to display their abilities. She even nurtures budding composers by giving their works a hearing – something very few have the courage to do as it is the general belief that only the tried and tested will sell tickets.

Talent Unlimited describes itself as ‘a young charity that provides financial support to music students of exceptional talent but limited means’. Their website puts its finger on the nub of the matter: ‘Lack of funding leads many talented young individuals to abandon the field of music as it becomes impossible, or at least cripplingly difficult, to maintain their studies while working in various part-time jobs to survive... Students have to pay exceptionally high fees when attending prestigious music schools and colleges in London, and on many occasions by the time they reach postgraduate level their resources have all but dried up. This is the point at which a charity like Talent Unlimited can be called upon for help.’

Mrs Maxton, a graduate of two Istanbul institutions (Notre Dame de Sion High School and Bosphorus University), accounts for the sympathy she feels for young musicians as follows: ‘My love of music comes from my family. My mother had a lovely expressive voice and used to sing Turkish classical songs. My father was a fan of opera and had a good tenor voice – he woke us up very early most mornings with opera arias... My sister was a good pianist and played with great gusto and agility... Like all good girls brought up in Istanbul’s upper-middle-class families, I was required to play the piano, too.’

At Bosphorus University she set up a Music Club with a friend, and they were given the use of a room where students could go and listen to records of classical music. In addition, they organised concerts by such distinguished performers as the pianists Witold Malcuzynski, Peter Katin and Julius Katchen and the harpist Mildred Dilling – as well as by famous Turkish musicians of the day such as the violinist Suna Kan and pianist Ayşegül Sarıca.

In 1971 Canan Maxton came to London and married an Englishman. It was while teaching at a school for the arts in Wimbledon that she had the experience which set her on her current course: ‘It was a ballet school where the students also had to follow a high-school education, and I used to teach French, English, history and other subjects. I still remember a very talented young ballerina crying her eyes out because her parents could not afford to pay for the extra coaching sessions which would have given her the necessary push to enter the Royal Ballet School. She didn't get in because she couldn't afford the extra lessons. She was better than most of her classmates, but she was poorer. Not fair, is it, when young talent is wasted?’

Talent Unlimited was set up in 2010 following a successful launch party at SOAS, the University of London School of Oriental and African Studies, as a result of which many people became friends of the organisation (its current patrons are Gürer Aykal, Sir Timothy Daunt and Gülsin Onay). Though the students it supports come from all over the world, Canan Maxton, true to her origins, has given encouragement and performance space to a particularly large number of young Turkish musicians – though she finds the unwillingness of the Turkish business community in London to put their hands in their pockets discouraging: ‘If Talent Unlimited were to be properly supported by big Turkish businesses in London, we could really do wonderful work in promoting Turkish musicians and provide them with the necessities of life in London. A musician's work is very demanding physically and they need to eat better. It must be very difficult to remain dedicated to one’s cause and passion while having to work out whether a plate of pasta or a baked potato will be more filling.’

To which I would like to add a heartfelt çok doğru! – ‘Quite right!’ I personally would recommend the baked potato with cheese, beans and lots of butter. In my experience, hunger is best allayed by something heavy in the stomach supplemented by something greasy – but chacun à son goût.

Returning to the concert on November 29, I see that it is to begin with performances by the pianist Stavros Dritsas of Liszt’s Ballade No 2 in B minor and two pieces from Bartók’s 1926 suite Out of Doors, depicting various aspects of Hungarian peasant life: The Night’s Music, which evokes nocturnal sounds such as the croaking of crickets and frogs, and The Chase, a fierce, explosive depiction of pursuit.

In order to encourage all who can to attend the concert, the following YouTube videos are offered as a taster of the various works on the programme, In the first the Liszt Ballade is played by Vladimir Horowitz; in the second, Zoltán Kocsis performs the full Out of Doors suite:

The Liszt and the Bartók are to be followed by César Franck’s tuneful and occasionally fiery Sonata in A major for violin and piano, in which the violinist Paula Gorbanova will be accompanied by Stavros Dritsas. This piece, Franck’s most popular composition apart from his Symphony in D minor, was written for the Belgian violinist Eugène Ysaÿe and was first performed by him at his own wedding celebration in 1886. Here is a recording by Isaac Stern, made in 1959; the piano part is played by Alexander Zakin:

The rest of the works on the programme are to be played by the pianist Yuanfan Yang. First, Haydn’s brief Sonata in E minor (Hoboken XVI/34). The performance of this sonata in the video below is by Sergey Kuznetsov:

After this, Mr Yang will play his own arrangement of the English folk song Scarborough Fair – of which ‘Parsley, sage, rosemary and thyme’ is the most memorable line. Next on the menu will be Litanie, a song by Schubert transcribed for piano by Liszt. The following video contains ten such transcriptions played by the Russian pianist Vladimir Sofronitsky (1901-1961). Litanie starts at 15:00:

The last ‘traditional’ item on the programme for the Talent Unlimited concert will be Brahms’s Variations and Fugue on a Theme by Handel. Composed in 1861 and dedicated to Clara Schumann on her birthday, this set of 25 variations, ending with a fugue, is based on a theme from Handel’s Harpsichord Suite No 1 in B flat major. In this video, the pianist is Stephen Kovacevich:

And so I conclude by congratulating Canan Maxton on her commendable enterprise – which I believe William Blake would have endorsed with typical Sagittarian enthusiasm. It was he, after all, who spoke (in A Memorable Fancy, from The Marriage of Heaven and Hell) of the necessity of encouraging talented individuals in the following words:

The worship of God is,
Honouring his gifts in other men…