Refik Andadol’s immersive, evocative, emotional installations are drawing long queues, but what does that say about art? 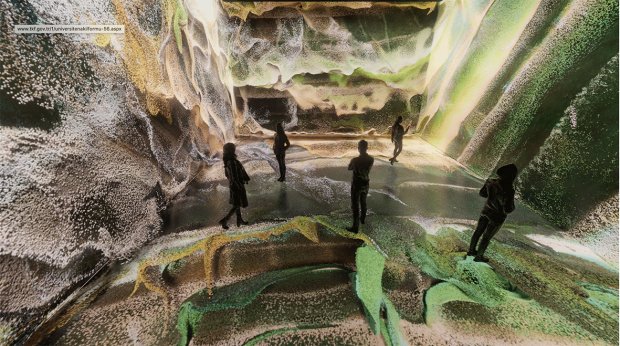 Refik Anadol, whose new show, Machine Memoirs: Space, recently opened at Pilevneli Gallery in Dolapdere, is probably Turkey’s best known digital artist. A lecturer and visiting fellow at UCLA in Los Angeles, Anadol creates digital sculptures that are a monument to big data and artificial intelligence – the latter of which he has called a ‘collaborator’ rather than a mere tool. Anadol’s aim is to challenge our straightforward preconceptions about technology and the human subject, and the result is a deep and immersive set of installations which seem abstract while depicting the interrelations of vast datasets. 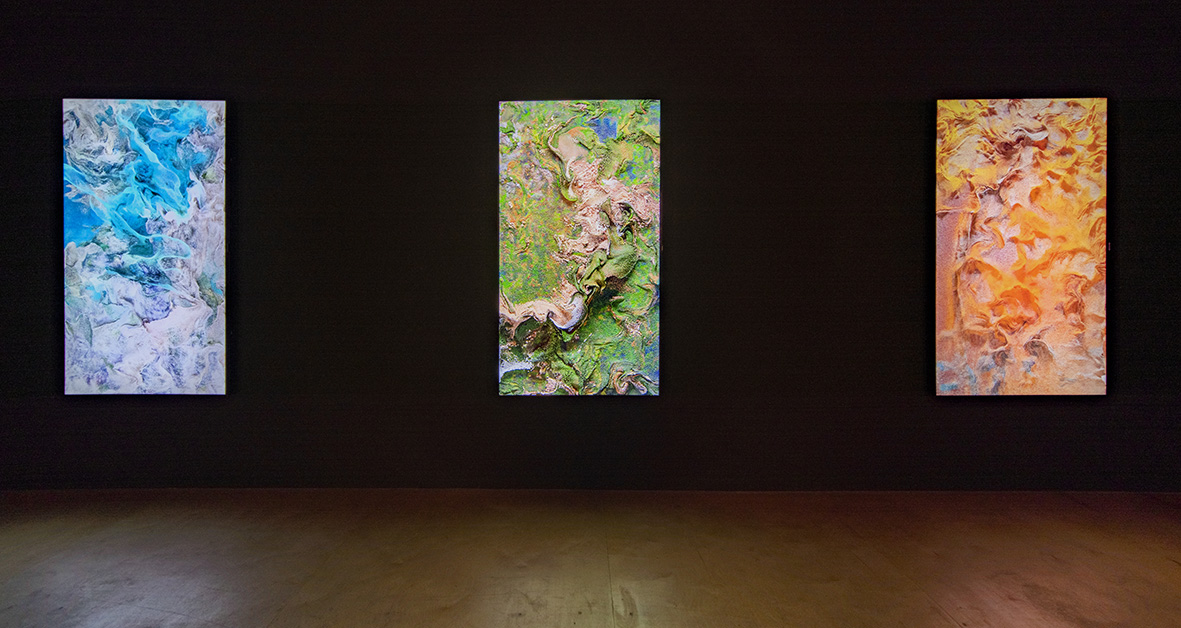 The long queue that snakes around the block from Pilevneli gallery is a testament to Anadol’s popularity, as well as to the realities of Covid-era gallery going, and perhaps also the desire for the type of immersive, colourful and futuristic installations that he specialises in. Yet the heavy aesthetic weight of his work – most strongly felt on those on large screens, which can, if viewed uncharitably, feel like particularly complex screensavers – belie the complex process behind each of his ‘digital paintings’. In Machine Memories: Space, the installations relate in each case to space and humankind’s attempts to explore and understand it. To make the works in this show, Anadol’s artificial-intelligence collaborators crunched over two million images taken of planets and stars – the largest such dataset ever used – which then find their way into Anadol’s recursive, and at times baroque, digital paintings. Some of these show dancing recursive spheres, while other more simple pieces cycle photographs and details from this vast dataset.

The result feels at times like a speculative science-fiction narrative. Anadol’s work is the type of large-scale installation that it is easy to be suspicious of: the viewer is overwhelmed by its high production values, and the powerful emotions that its mesmeric light and sound imposes on us. Perhaps the most dramatic works are all too easily translated to social media, calling to mind the work of Yaoymi Kusama and Do Ho Suh in that regard, works that have taken on a whole new aesthetic life on social media, far removed from their initial meanings. But the project comes into its own in the installations – particularly on the ground and first floors, in which more of the process is revealed – that speak more directly to the dataset and to the work of the artificial intelligence itself. It’s here, in these less abstract, less aesthetically loaded works that we, paradoxically, find ourselves confronted by the sheer scale of Anadol’s undertaking. Aestheticising the world of data however poses the question of quite what these abstract works hope to communicate beyond gesturing towards the scale of data out there. At times it feels like more fundamental questions are lost in the beauty of the works themselves.

Recent months have revealed a level of anxiety within the art world. The continued success of certain sales and auctions at a time when the standard structures of publicity, openings and events have stopped, and the changing nature of programming by art institutions has posed questions about what the gallery, or indeed the museum, is for. Meanwhile the dawn of financially viable digital art commodities in the form of NFTs (non-fungible tokens) further shakes many of the suppositions on which contemporary art has, to date, been based. Works that are worthless on paper have shown a capacity to acquire great value as digital assets, even as the authentication of those digital assets has been shown to be wildly environmentally unfriendly. 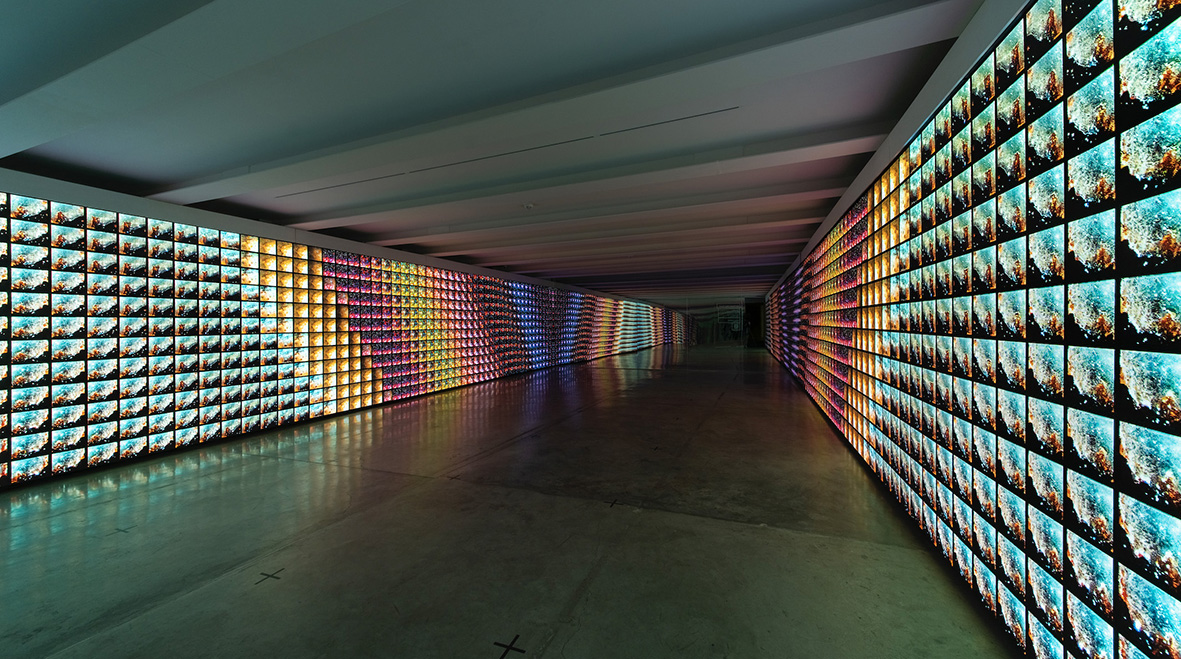 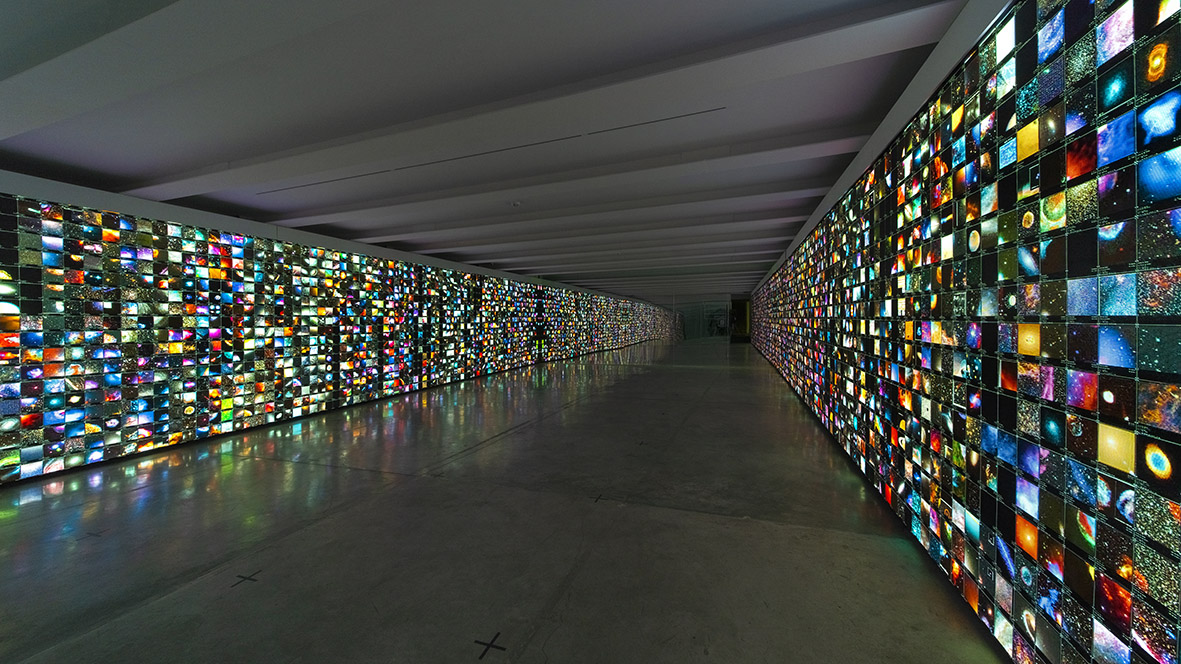 Andadol’s work speaks to both anxieties. Its success in terms of numbers is clearly a testament to the public’s continued desire for immersive, evocative and emotional installations after a long year of physical containment. In the presence of the artist’s swirling, colourful canvases, each one a paean to the overwhelming scale of data conjured by artificial intelligence, it’s hard not to be mesmerised by a future of art in which familiar, traditional aesthetic categories and modes of their evaluation have lost their meaning.