Stepping out of cacaphonic noise into restful silence is a very Istanbul experience. An easy, magical escape from the overwhelming crowds in the square below the Galata Tower is down a side street, at Galata Kulesi Sok 26. A heavy iron door opens to reveal the small churchyard of Saints Peter and Paul. For Paolo Girardelli, professor of art history at Boğaziçi University, it is one of Istanbul’s special places.

Paolo has prepared a small exhibition in the two rooms that connect the church with the outside world. The show is part of the broader initiative, The Fossati Brothers: Swiss architects from Morcote to Istanbul, with the support of the Swiss Embassy in Turkey, and in collaboration with the Dominican Studies Institute (DOSTİ) and the Russian Consulate in Istanbul.

‘This small exhibition is meant to raise awareness to the Dominican complex of Sts Peter and Paul as a valuable piece of multicultural heritage connected to the long history of Galata and Constantinople / Istanbul,’ says Paolo. ‘The two rooms for which it was conceived belong to the reconstruction of the Dominican complex that occurred after the devastating fire of Galata in 1731 and are older than the present church, which was designed by Gaspare Fossati and inaugurated on February 19, 1843.’

The first room is devoted to the history of the church and the convent. One side focuses on Fossati’s design and offers glimpses of the building complex in different periods. The other is devoted to the urban and social context and to the people for whom the church was built and rebuilt over the centuries. It is a long and dramatic story, evoked through original artefacts, images, archival documents and texts. 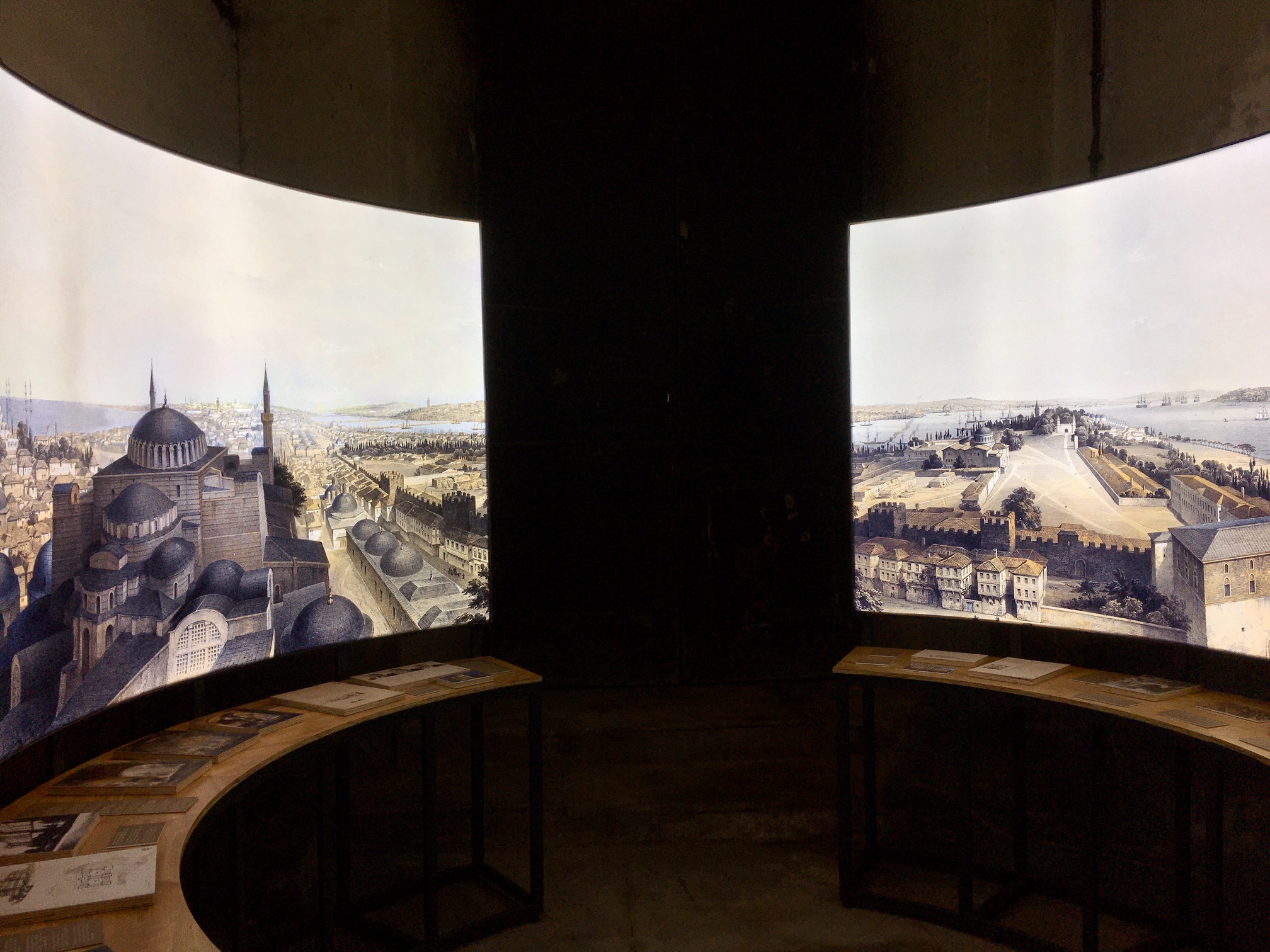 In the second room, the visitor steps into a stunning wrap-around, 360-degree panorama of Istanbul circa 1850. It is made up of four lithographs included by Gaspare Fossati in his book on his restoration of Hagia Sophia, Aya Sofia Constantinople, published by his old Lugano neighbours, P & D Colnaghi, London, 1852. The architect takes us to the top of one of the minarets of Hagia Sophia, allowing us to travel back 170 years and admire the city through his eyes (you will also note quite a number of Fossati landmarks, including the Russian Embassy and the Ottoman imperial lawcourts).

Albeit limited to a small section of the complex, the exhibition uncovers broad connections and layers of history, inviting the visitor to understand this space and its surroundings as a potential ‘open-air museum’. In this sense, Girardelli hopes that it will also raise awareness for the urgent need to evaluate, protect, restore and revitalise this unique centre of cultural and religious dialogue.

Born in 1809 in Morcote, near Lugano, in the Italian region of Switzerland, Gaspare Fossati was educated at the Academy of Brera in Milan, completing his architectural and artistic training in Rome and Naples. Like many of his compatriots, he took an opportunity to work in Russia (1833–36), where he became court architect. In this capacity he was charged with designing a monumental new Russian Embassy in Istanbul, today the Russian Consulate General, a striking Beyoğlu landmark. His brother Giuseppe joined him in 1839, and together they produced the impressive range of public and private works – including the restoration of Hagia Sophia, illustrated in the second room of the exhibition. The Fossati brothers returned to Morcote and Milan in 1859 and were occasionally involved in Ottoman projects during the 1860s.

Prof Girardelli is the co-editor of Italian Architects and Builders in the Ottoman Empire and Modern Turkey: Design Across Borders (Cambridge Scholars Publishing, £65), available from cornucopia.net here.

He is a regular contributor to Cornucopia: see “Rome’s Turkish Secret: Horace Vernet’s Turkish Room in the Villa Medici” in Cornucopia 63; “The Sultan’s Pride and Fall, Abdülhamid II’s Imperial School of Medicine” in Cornucopia 58; and “D’Aronco: Architect to the New Society”, in Cornucopia. 46.

The Church of Saints Peter and Paul at Galata Kulesi Sokak No. 44, Kuledibi, Beyoğlu, Istanbul