A performance beyond praise

Nikolai Demidenko at the Istanbul Recitals 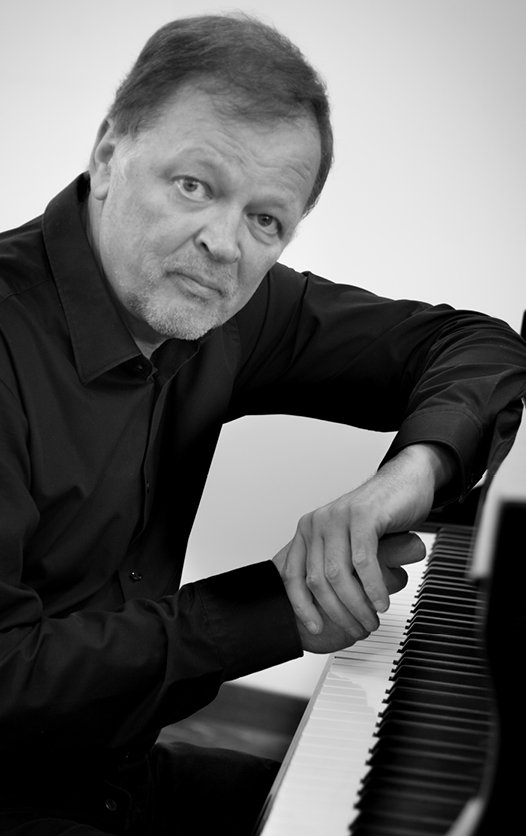 The second of the season’s Istanbul Recitals was given last Friday by the Russian pianist Nikolai Demidenko at The Seed, in Emirgan (photograph by Natalie Lafranchi). And what a contrast to the previous performer, Valentina Lisitsa! Where Ms Lisitsa was flamboyant, Mr Demidenko was restrained. In spite of its discipline, his playing had an intensity that made extravagant gestures entirely unnecessary. His Scriabin and Prokofiev in the second half were outstanding: how he managed to create a symphony from Prokofiev’s Piano Sonata No 2 is a mystery to me.

Born in Russia in 1955, Nikolai Demidenko’s first experiments in music-making took place on an old, beaten-up German piano belonging to his grandfather. At the age of six he began studying at the Gnessin School of Music in Moscow with Anna Kantor, and then entered the Moscow Conservatoire, where his teacher was Dmitri Bashkirov. His first major success came in 1976 as a finalist in the Montreal International Music Competition, and in 1978 he played in the finals of the International Tchaikovsky Competition. It was only in 1985, however, that he became known to the music-loving public in the West, touring Europe with the Moscow Radio Symphony Orchestra (now renamed the Tchaikovsky Symphony Orchestra). Demidenko settled in Britain in 1990, teaching the piano first at the Yehudi Menuhin School and subsequently at the University of Surrey, which awarded him an honorary doctorate in 2014. The following video has him describing his musical career, with samples of his playing:

His recital in Emirgan began with a piece not on the programme – Chopin’s Barcarolle in F sharp major, Op. 60. Actually, there aren’t many quiet parts in this barcarolle, whose rhythm in 6/8 time supposedly imitates the gentle rocking of a gondola on the canals of Venice. The piece begins and ends with some hefty bangs. Such pianissimo passages as there were, however, were well contrasted with the feistier bits, being serene and relaxing. Here I received my first intimation of Mr Demidenko’s ability to launch into a new mood at the flip of a switch. The second thing I noticed was the minimalist pedalling – again in stark contrast to the indulgent use of the device by Ms Lisitsa. This is, after all, music for the Paris salons, and there is no need to befuddle it with artificially-created Sturm und Drang. Here is Chopin’s Barcarolle played by Daniil Trifonov:

The recital continued with Soirées de Vienne, No 6, an elegant – perhaps, even, jaunty – waltz described as being ‘by Schubert, but arranged by Liszt’. While the melodies are clearly Schubertian, the pianistic flourishes are typical of Liszt. What pleased me about Mr Demidenko’s playing here was its precision: each note was given its full value, with no blurring. The running passages were smooth and even, and the staccato well defined without being abrasive. In this recording the performer is Vladimir Horowitz:

The first half concluded with Schubert's Sonata in A major, D664 – not, as the programme notes indicated, the A major op. posth (a late work), but a much earlier composition. (Before the recital, Mr Demidenko explained the confusion as the result of a miscommunication between agents.) Here is a performance of the first movement (only) by Mitsuko Uchida, whose choice of a brisk tempo makes the work sound cheerful and light-hearted, as I think it was intended to be. Many other pianists – including Sviatoslav Richter, who was responsible for bringing Schubert’s sonatas back into the piano repertoire – take it too slowly, with the result that it sounds ponderous, and all the joie de vivre seeps out of its tyres.

Now, a performance of the full work by Wilhelm Kempff. If you don’t want another dose of the first movement, scroll on to 10:41 for the second. Another advantage of this recording is that Kempff’s last movement (starting at 15:14) is agreeably tinkly:

Having praised Mr Demidenko for his restraint in the Chopin, I must now praise him for taking the opposite approach in the Schubert sonata, which he embellished with a generous amount of rubato. I think a more unfettered approach, to the first movement in particular, is entirely appropriate: it is, after all, a lyrical affair, neither gloomy nor over-intellectual. The second movement was measured and even, with no intrusive ‘special effects’. The soloist seemed to appreciate the superb tone quality of the Steinway he was playing, and revelled in its woody limpidity (is that a word?). So did we.

On the terrace during the interval, the moon, visible over the Asian shore of the Bosphorus, winked at us somewhat lop-sidedly through the trees, having lost a chunk of its top right-hand corner (it had been full a couple of days previously). The intervals at these recitals are long, allowing members of the audience to appreciate to the full the view across to the Hıdiv Kasrı (the Art Nouveau palace built by Abbas Hilmi Pasha, the last Khedive of Egypt).

The second half began with Scriabin’s Piano Sonata No 9, often nicknamed the ‘Black Mass’ sonata, a work in one movement composed in 1912 and 1913. Blair Johnston on the ‘AllMusic’ website describes it as ‘a masterwork of bleak despair, a musical portrait of evil and spiritual decay whose violence and menacing harmonies are said to have shocked even the composer himself’. This is admittedly an angst-ridden piece with a spooky ending, but personally I don’t find it unduly threatening, maybe because I get vibes of this kind from Prokofiev rather than from Scriabin. More likely it is because the augmented fourth (from C to F sharp) in Scriabin’s ‘signature’ chord that he likes to play with is intrinsically tension-creating, and this work in particular focuses on jarring minor ninths (for example, from C to the C sharp an octave and semitone above). Johnston’s article, for all its – to my mind – exaggeration of the dark aspects, does give you the basic information.

Here is a recording of the sonata by Vladimir Ashkenazy:

In the Scriabin, Mr Demidenko’s chameleon-like ability to produce a new pianistic style for every piece brought me up short: in complete contrast to the approach he had adopted in the Chopin and the Schubert, his playing was now full of drama and intensity, enhanced by a far more liberal pedalling policy. The technical demands in the growling and roaring passages were overcome seemingly without difficulty, allowing him to focus on the interpretation, which was totally convincing.

The last work on his programme was Prokofiev’s Piano Sonata No 8, composed in 1944 – one of the three so-called ‘war sonatas’, famous for their ripping brutality. I described this work in my review of Freddy Kempf’s recital on January 12, so I will not repeat those remarks here. Suffice it to say that in this daunting marathon Nikolai Demidenko conclusively proved that he is a first-rate pianist – you have to be a steel-fingered titan of toughness to get through this sonata in one piece. There was some slight unevenness in the running passages towards the end, perhaps, but what can a poor boy do after being put through the manic mincing machine? It was to the pianist’s credit that after having his hands comprehensively pulverised, he still managed to produce a chilling ghostliness in the ‘deserted village’ theme when it recurred in the last movement.

The following performance is by Emil Gilels. The ‘deserted village’ theme first occurs at 04:10, but that is not the last you hear of it:

Mr Demidenko’s performance was beyond praise: every note had obviously been thought out with care and deliberation, and every contrasting mood was faithfully reproduced – one could visualise each one of the pictures the composer was presenting, from the icicles dripping off the huts of the abandoned village by its frozen stream in the first movement to the slow, irony-tinged waltz – watched appreciatively from the rafters by carrion-fowl – in the bombed-out dance hall in the second, and the proudly gleaming array of bayonets in the pre-battle parade in the third.

This concert was one of the most satisfying I have so far witnessed during the Istanbul Recitals series since I first began reviewing it in April 2018, and I congratulate the organisers, Mr Mehmet Şükûn and Ms Nazan Ceylan, on their decision to invite Nikolai Demidenko to Emirgan. I will leave you with two videos of him playing Bach’s Prelude and Fugue in D minor, BWV 875 (it comes as no surprise to find that he can adapt himself to Bach effortlessly and bring out the often-ignored emotional content), and finally Prokofiev’s second piano concerto, for which ‘challenging’ is an entirely inadequate description: