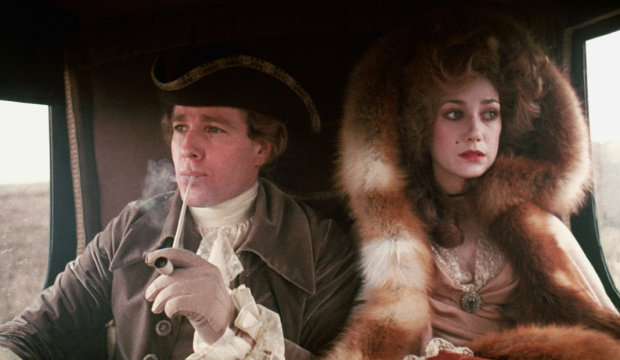 A well-to-do man in 18th-century England rides a horse-drawn carriage through the countryside with his fur-draped wife. They stare out opposite windows as he puffs away on his pipe and she waves her hand every so often to clear the smoke from her face. Finally, she asks him to stop smoking; in response, he puffs, puffs, and finally blows the smoke directly in her face.

This small moment in Barry Lyndon is not the most egregious example of Stanley Kubrick’s cinematic disdain (or at least, disregard) towards women, but as I’ve worked through many of the auteur’s masterpieces in the 38th Istanbul Film Festival, it’s one that has stuck with me.

Kubrick is a genius, undoubtedly, and I was thrilled when the festival chose to highlight his entire filmography for the Factory of Masterpieces category of the programme. I’d seen three of his films going into the festival and three at the festival so far, and the massive dose of Kubrickian sensibility has only reinforced both my appreciation for the director, and my uneasiness with him.

My screenings so far have quite conveniently been in chronological order, beginning with his noir The Killing and continuing to Lolita and Barry Lyndon. (I’ve previously seen Dr. Strangelove, A Clockwork Orange and Full Metal Jacket.) It’s given me an opportunity to observe Kubrick’s evolution as a filmmaker, leapfrogging from the 1950s to 1960s to 1970s. 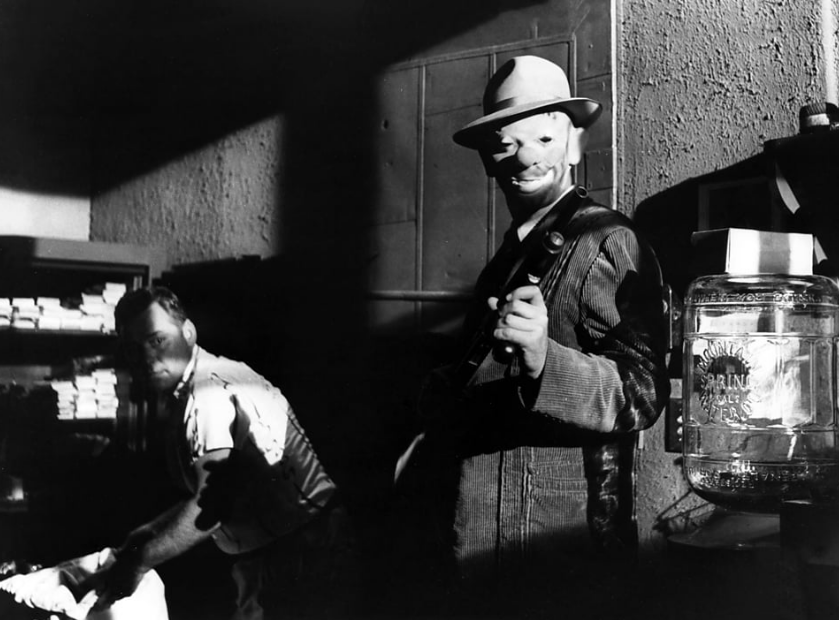 As a longtime film noir enthusiast, I thrilled at the clever and fleet-footed plotting of the The Killing. In that movie, there are two main female characters: the main character’s sweetheart (waiting mostly offscreen), and the femme fatale who is driven by sex and money. These are film noir tropes and didn’t strike me as being any more problematic than any other similar film made during film noir’s heyday in the 1940s and 1950s. Essays can (and have!) been written about the twisted power of the femme fatale; even if the character of Sherry is mostly sidetracked once the film’s centerpiece heist gets underway, she fits in with a long history of hard boiled dames. 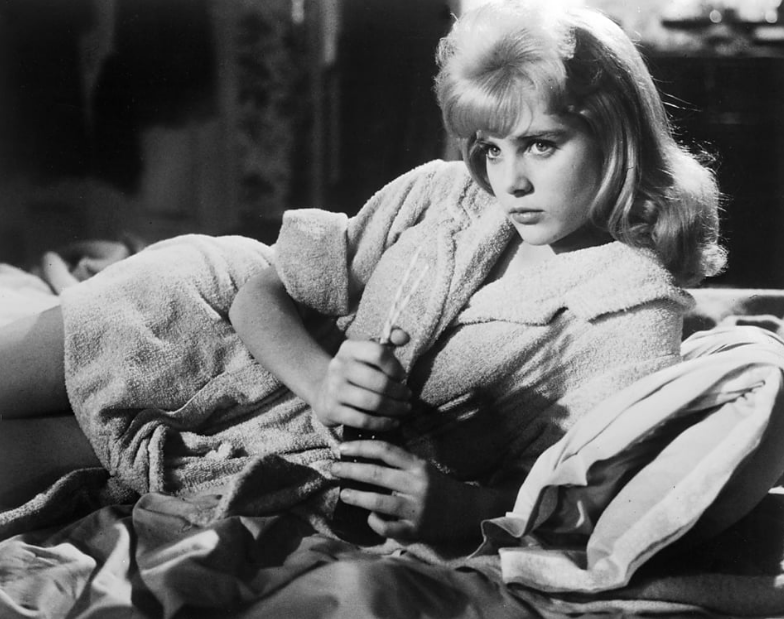 Lolita, of course, has its problematic issues with women (and girls) baked right into the source material. Perhaps that’s why it suited Kubrick. The film is darkly humorous and completely stolen by Peter Sellers as the playwright Clare Quilty. Even with the more salacious aspects of the novel contained by the era’s strict production code, the mistreatment of Dolores Haze by the much-older men in her life can’t really be erased from Nabokov’s story. The discomfort Lolita inspires is inevitable. Kubrick’s twisted genius lies in turning the whole film into a very dark comedy; it’s possible to look at Lolita as a warm-up flex for the darker and funnier Dr. Strangelove. 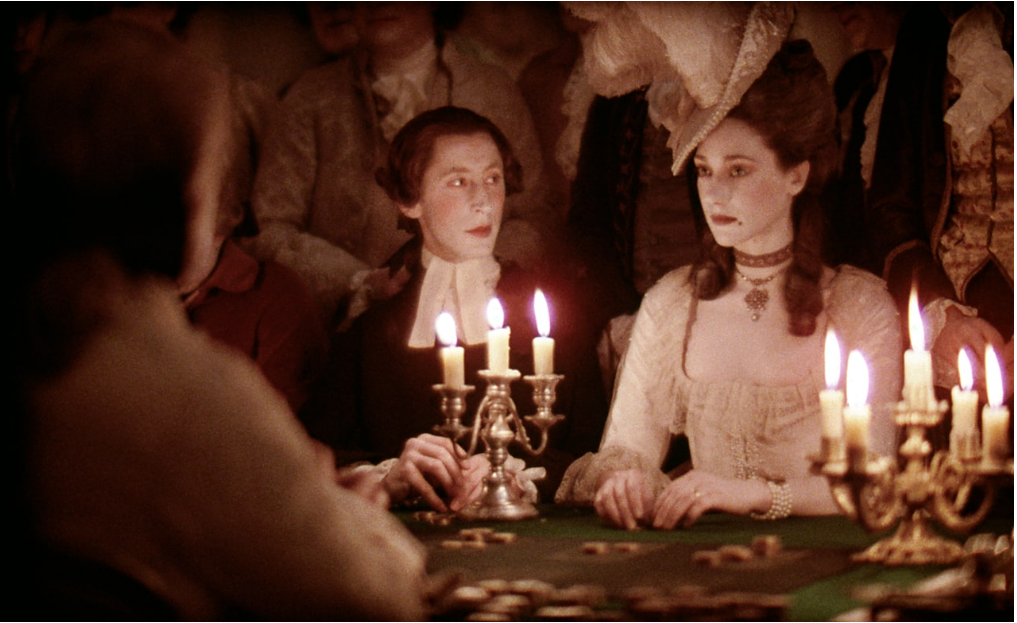 And then there’s Barry Lyndon, a long and lush journey through the life of one man as he rises to prosperity and then tumbles. (I am not kidding about the ‘long’ part, by the way. When an ‘INTERMISSION’ intertitle came up two hours into the 9:30pm screening of the film, the whole audience audibly gasped.) The film starts with a scene of playful seduction driven totally by the woman, which seemed promising. Here was a woman with autonomy and control of her sexuality. Of course, men then do foolish things to impress her without considering her opinion at all, and she quickly disappears from the film as our main character Redmond Barry sets off on his adventures. Farewell, lady.

The more present female character is Lady Lyndon, who eventually marries our main character and spends most of the rest of the film looking pretty and not speaking, or perhaps having smoke blown in her face. Eight hours into my film festival Kubrick marathon, I found all these swirling themes of disdain towards women impossible to ignore, no matter how gorgeous Barry Lyndon is. As Stanley Kubrick himself said, ‘The most terrifying fact about the universe is not that it is hostile but that it is indifferent.’ Three films into the festival, Kubrick’s treatment of women seemed to me like weaponised indifference.

I enjoyed all of these movies. And yet I couldn’t stop dwelling on this glaring theme. Each film does not exist in a vacuum; they are part of a long career of a controlling auteur director. Every aspect is a choice. 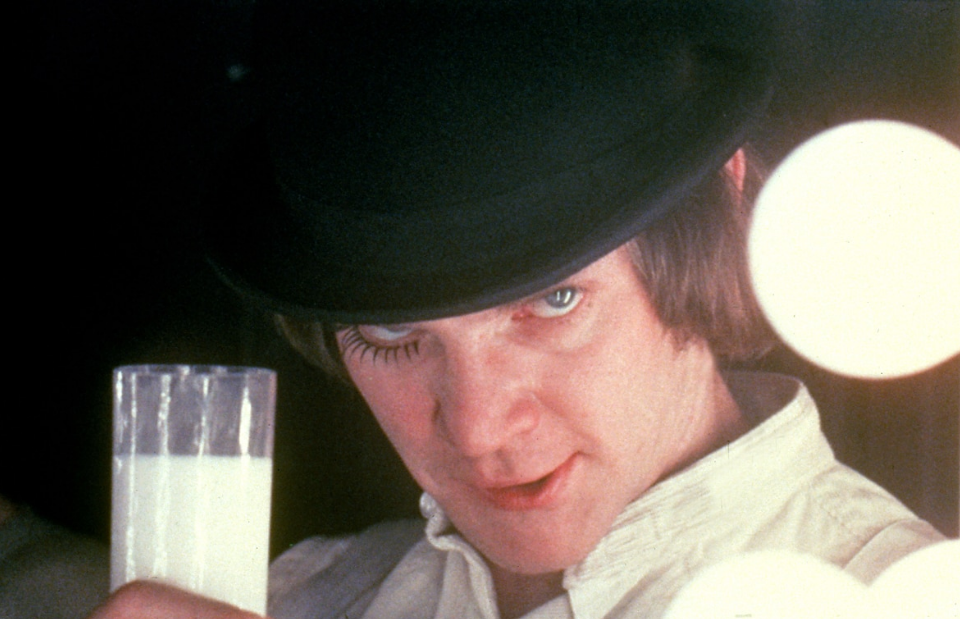 The cumulative effect of seeing so many Kubricks at once is the suffocating realization that women are ignored at best and violently abused at worst throughout his body of work. And that brings me to the Kubrick film I have the most complicated relationship with: A Clockwork Orange. I chose to not rewatch the film for the festival, though at one point I would have said it was one of my favourite films. I saw it as a teenager at Harvard University's Film Archive and was completely taken with the film’s exaggerated visual style, its dark humour, the brilliant soundtrack and the ever-charismatic performance of Malcolm McDowell. It wasn’t until recently when I rewatched it at an arthouse cinematheque in Los Angeles that I found myself utterly disgusted with the entire film, unable to stomach any longer the ugly and continuous sexual violence of the plot. Suddenly some of the things I remembered loving about the film made me terribly uneasy: McDowell’s charisma as Alex , the poppy style and the humour all serve to make the bitter pill of ultra-violence slip down a bit smoother.

And yet! And yet. Six movies into his filmography, it still might be my favourite, even though I don’t really want to see it ever again. How do we grapple with these films that are thrilling and visually stunning and so problematic? It seems important to have the conversation, but I don’t know what the answer is. Kubrick is a brilliant filmmaker that influenced many directors who followed him. Also, his movies are incredibly problematic when it comes to women. What is a cinephile to do?