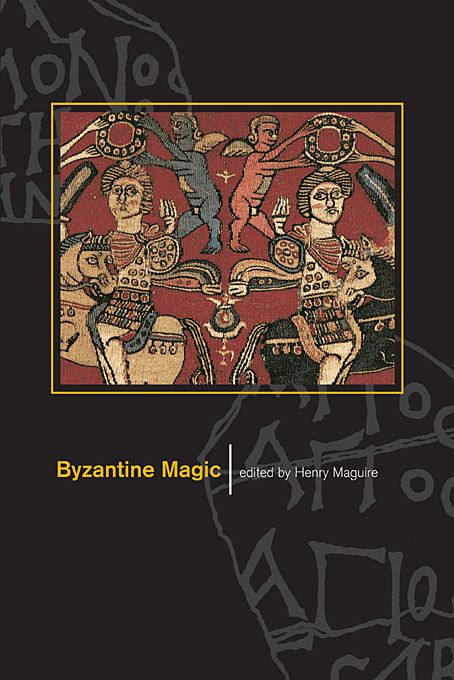 This collection of conference papers on Byzantine magic comes from a symposium at Dumbarton Oaks in 1993. Written by specialists in several disciplines, it explores the parameters and significance of magic in Byzantine society, from the fourth century to after the empire’s fall. The authors address a wide variety of questions, some of which are common to all historical research into magic, and some of which are peculiar to the Byzantine context.The authors reveal the scope, the forms, and the functioning of magic in Byzantine society, throwing light on a hitherto relatively little-known aspect of Byzantine culture, and, at the same time, expanding upon the contemporary debates concerning magic and its roles in pre-modern societies.

The editor, Henry Maguire, is a former Director of Byzantine Studies at Dumbarton Oaks and Professor of Art History at Johns Hopkins University

“An absorbing collection of essays, the volume brings to our attention a rich collection of material too often neglected in the study of religion…”
Naomi Janowitz, Byzantine Studies

“This collection establishes magic as a significant category of Byzantine culture… Henry Maguire and the other authors are to be congratulated for their timely, considered engagement with current inquiries into magic in other historic cultures, their demonstration of the significance of magic in Byzantine culture, and their welcome invitation to continue investigation of Byzantium’s own responses to its magical practices and beliefs.”
Thelma Thomas, Ars Orientalis 27

“This is an engaging, pioneering work, one that suggests a number of avenues for future research, including comparisons to magic in Islamic societies and in the medieval West.”
John Rosser, Speculum 63