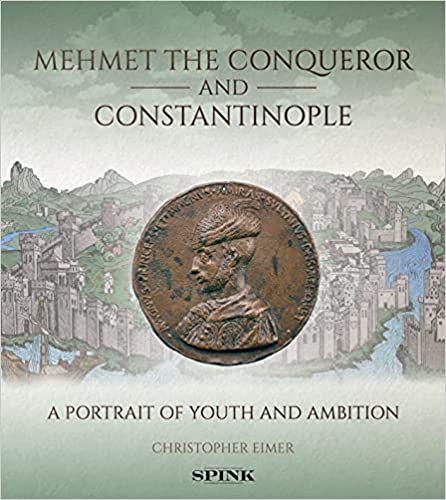 Mehmet the Conqueror and Constantinople

A Portrait of Youth and Ambition

The Ottomans were one of several Muslim tribes on the frontiers of the Islamic world, emerging in the early 1300s. Territorial success over the following century would be bolstered by the accession, in 1444, of the ambitious, teenaged sultan, Mehmet II (1432-1481). His conquest of Constantinople, less than a decade later, brought global influence for the Ottomans and universal recognition to Mehmet.

Despite a widely published legacy of portraits, commissioned from various artists in later life, no physical record of the sultan as a young man was believed to exist. A recently discovered bronze portrait relief now provides such evidence, upon which Mehmet, self-styled in Latin as Great Prince, defines his historical consciousness as heir to Constantinople.

Aesthetically attuned and with far-reaching vision of empire, Mehmet would continue to secure his place in the pantheon of fame, whether on the field of battle or in the hands of an artist.

Youthful ideology remains an ever-present feature of the political landscape, but its manner of expression, as preserved on this bronze relief, six centuries earlier, throws remarkable light on an episode that would change the geo-political landscape of the Eastern Mediterranean and beyond.

Reviews for Mehmet the Conqueror and Constantinople

“This is an incredibly well-researched work where Christopher Eimer relies on his extensive knowledge of medallic portraiture and Ottoman history to offer new insights into Mehmet II’s life. The meticulousness and intensity of this book are reflected in the extensive bibliography as well as in the explanatory notes, which provide supplementary information and offer ideas for further research. As a result, each reference in the book is perfectly contextualised and clarified, and the overall effect is that even readers unfamiliar with the topic are never left on their own. Further, the extensive illustrations will make this book a useful reference source for art historians but also all those with an interest in this historical period.”
Antonio Battagliotti, Open History Magazine