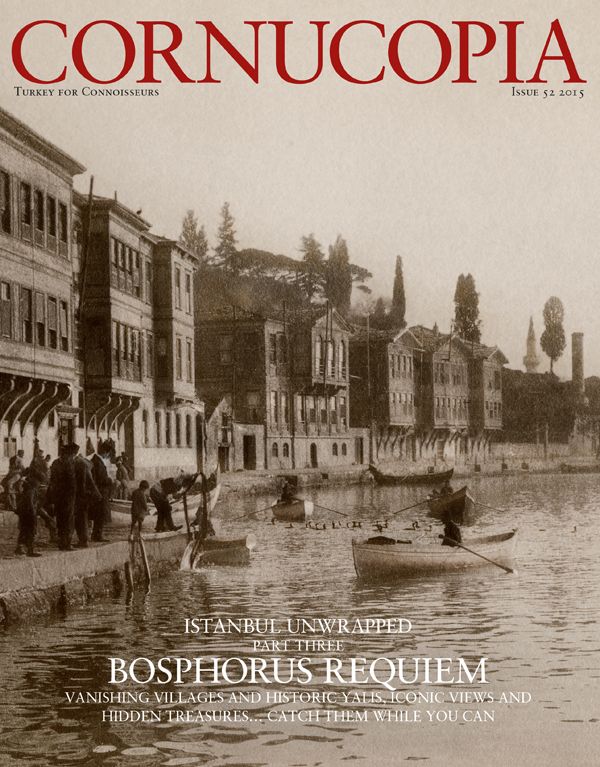 
Of course, the silhouette of domes and minarets along the historical skyline serves notice that you could be nowhere else on earth (writes Andrew Finkel in the new Cornucopia). But Istanbul’s greatness derives from something else: something so obvious that it is (literally) overlooked – the river that runs through it.

Well, it’s not a river; it is a strait – a passageway from the warm waters of the Aegean to the chilly Black Sea. And it was carved out not by man but by nature, the result, some academics would have it, of the Biblical flood.

Famously, it is the Maginot Line between Asia and Europe, East and West. It has been a pinch point in history, the subject of myth, and the last refuge for those fleeing the damage man continues to wreak on the fabric of the city. On a moonlit night, the waters are still achingly beautiful, a black mirror reflecting our triumphs and our follies, and the reason why some visitors to Istanbul never leave.

But it can also be heart-wrenching. Maureen Freely looks back with her father, John Freely, on the Bosphorus of her childhood: “Sometimes I wonder what it’s done to us, to have known the Bosphorus before the city swallowed it up. Sometimes it seems as if I spend my life clinging to whatever remnant I can find. Sometimes, when I return after a long absence, the only things I notice, and with burning fury, are the things that deface the memories I carry with me, everywhere I go.”