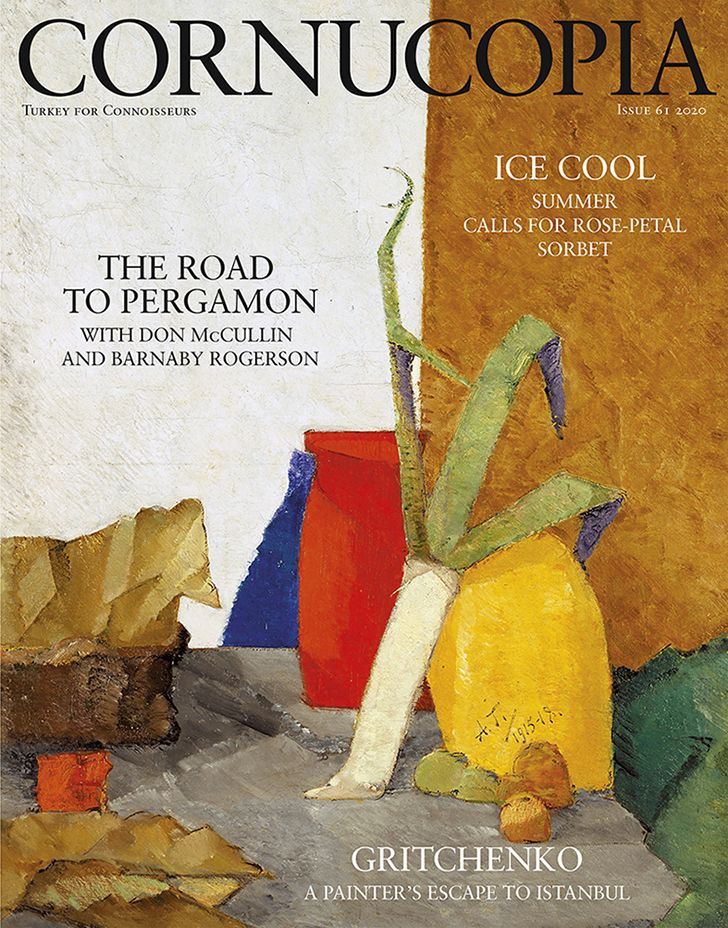 The Road to Pergamon


After celebrating our 60th issue with a lavish Istanbul museums issue, we escape the city altogether in No 61. Sir Don McCullin, whose retrospective opens at Tate Liverpool in the autumn, sets off with the author Barnaby Rogerson on the road to the ancient ruins of Pergamon. We also head into the mountains of southwest Anatolia: Nicholas Haslam, a keen conservationist, joins forces with the French photographer Paul Veysseyre to record the vanishing villages of Lake Eğirdir, while Andrew Byfield looks back fondly on his bulb-hunting adventures on Boz Dağ, in the western Taurus Mountains. The avant-garde artist Alexis Gritchenko, a refugee from the Russian Civil War who spent nearly two years in Istanbul in 1919–21, brings vibrant colour to our cover. His work is celebrated this year by the Meşher gallery with a show that reopens in Beyoğlu in September. Plus: Ice Cool – magically simple recipes for sherbet and sorbet.

Off the beaten track 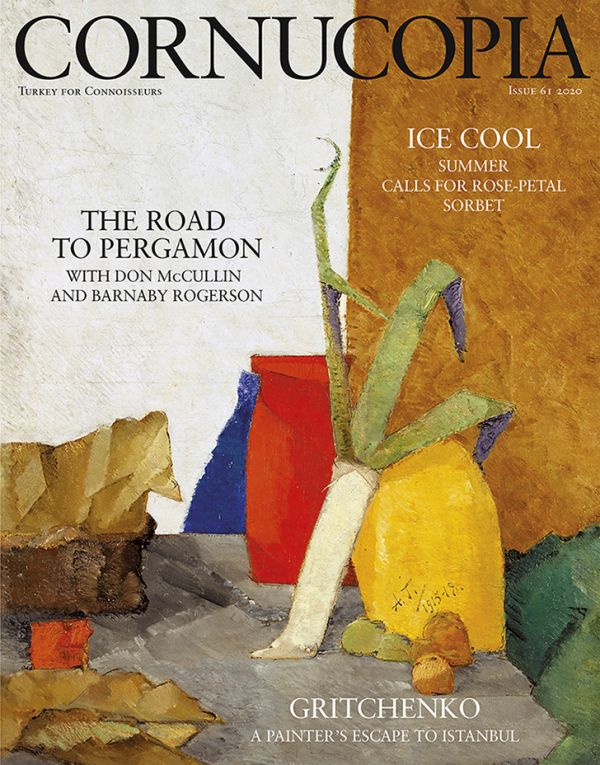